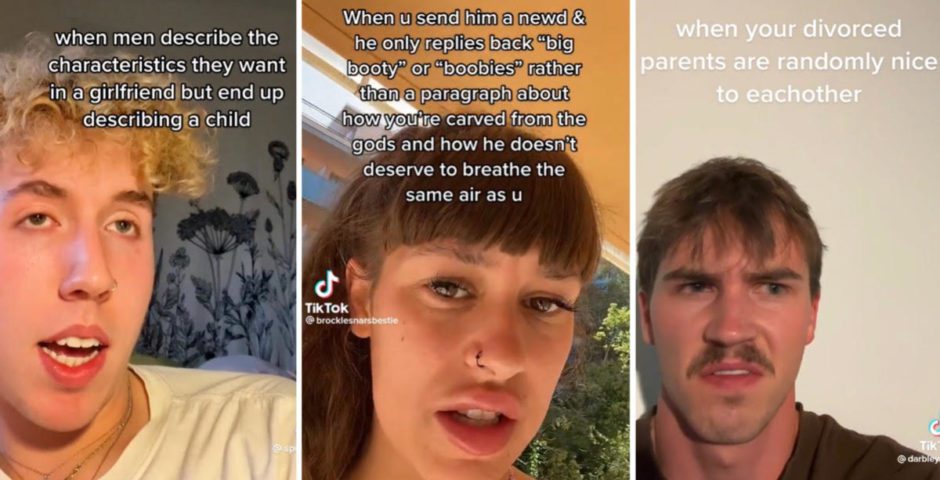 Okay so where is the ‘not funny ha ha, funny weird’ TikTok audio actually from?

There’s a new sound that’s an absolute staple on my TikTok For You Page, a new FYP friend to hold my hand through many late night laughs as I doom scroll my way through videos covered in after-sun and burnt skin. And that sound is “Hmm, funny, yes – but not funny ha ha, funny WEIRD.” I can’t stop saying it, I won’t stop saying it and I don’t even WANT to stop saying it. But, where is the sound from originally? It sounds hauntingly familiar? Here’s where the “not funny ha ha, funny weird” TikTok audio is from.

It’s the bloody Backyardigans all over again

Just when you thought you’d escaped the chokehold that The Backyardigans had on the internet in 2021, they’re back again to haunt your every waking moment. Castaways (WE ARE CASTAWAYS) and Into The Thick Of It (UGG!) have barely left my mind, and now the strange little anthropomorphic creatures are back to wreak viral havoc all over again. Funnily enough, this clip is actually taken from there Castaways episode – season one, episode 11. For the die hard fans who want the full cinematic experience.

Why is the ‘not funny ha ha funny weird’ sound viral on TikTok?

Everyone is using the sound to, rather obviously, soundtrack weird things that have happened to them. Some personal faves of mine include “When men describe the characteristics they want in a woman but end up describing a child” and “When your divorced parents are randomly nice to each other”. Truly not funny har har moments, but indeed funny WEIRD. Here’s a round up of some of the funniest:

@zaytashonGirl how did u know I was singing that song ?!? Who was just singing it for it to be on both of our mind ?!♬ original sound – szasgrandchildren

@spencewuah like… why are you giving me the characteristics of a child? #fyp ♬ original sound – szasgrandchildren

• Right, what does it mean to get unexpectedly ‘Krissed’ on TikTok?