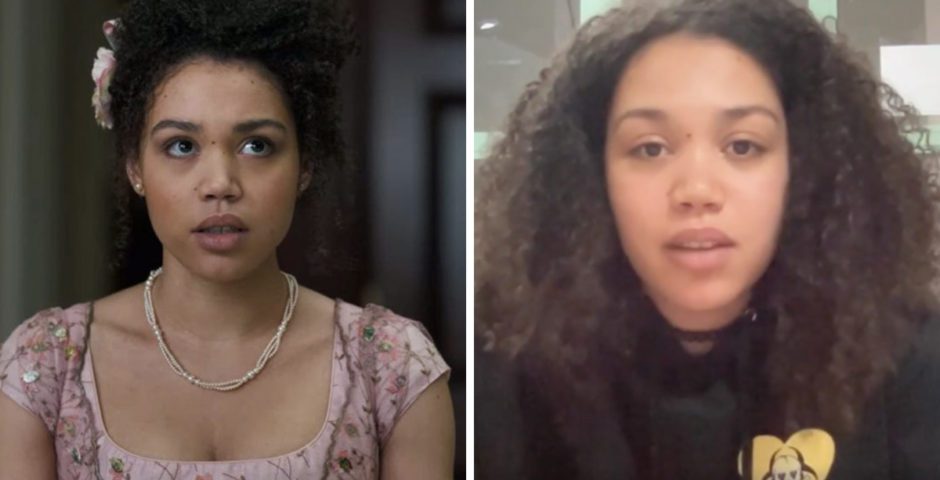 ‘I’ve not been completely honest, time to be transparent’

Bridgerton star Ruby Barker has opened up about struggling with her mental health since she starred in Netflix series, Bridgerton. She plays Marina Thompson in the show, and has since said she’s “not been completely honest” over her health.

Posting a video explaining her situation to Instagram, Ruby says she is in hospital, but feeling better and hoping to be back home soon. The video is captioned: “Mental health week is every week for me. Off my chest. I feel like I’ve not been completely honest so this is for my followers. Time to be transparent. I’ve been struggling since Bridgerton, this is the truth. Thank you all for supporting me, your love holds me up.”

“I am better, I’ve been really unwell. I’m in hospital, I’m going to be discharged soon,” she says in the video. She goes on to say she is going to take a bit of a break for herself and encourages others to be less hard on themselves. “I haven’t hit rock bottom, I’m on new heights,” she continues.

Describing how she has felt, Ruby said: “I was raged-filled, angry, all this intergenerational trauma bundled up inside me, I was carrying the weight of the world on my back and now I am at the point where I have a diagnosis, I am drawing a line in the sand. I can’t carry on the way that I was, I need to change so that is what I am trying to do.”

She continues: “I felt so alone, I was trying to hold onto my mental health, applying so much pressure. You need to learn that people love you and be kind to yourself.” She thanks her friends, and Netflix and Shonda Rhimes for the opportunity they gave her with the show.

Ruby played Marina in season one and two of the show, who was shown as being pregnant out of marriage, and tried to get Colin Bridgerton to marry her. In season two, she returns with her baby, married to Phillip Craine.

• These are officially the most watched Netflix shows ever, by hours people spent binging