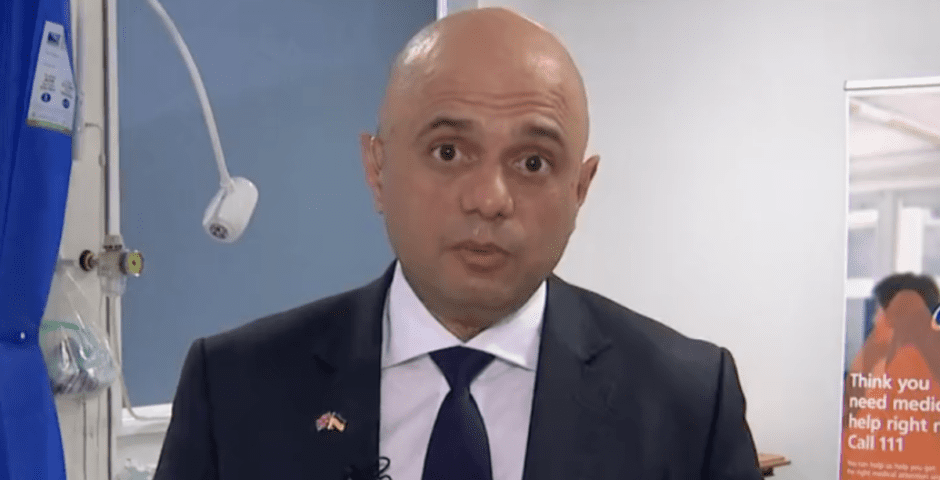 Sajid Javid suggested doctors need to determine if someone has ‘genuine gender dysphoria’, or see if it could be ‘linked to bullying’

Sajid Javid suggested medical professionals need to determine if someone’s gender dysphoria is “genuine”, or see if the individual is suffering from “child sex abuse” or “linked to bullying”.

The government’s muddled conversion therapy ban is receiving a huge backlash after it was revealed it won’t protect trans people from the harmful practice.

He went on to say “it is right for medical professionals to be able to question” if someone says they have gender dysphoria, “and to determine what the cause might be.

“Is it a genuine case of gender identity dysphoria, or could it be that individual is suffering from some form of child sex abuse, for example, or could it be linked to bullying?”, Javid claimed.

Because of this he said the government is right to take the approach of banning conversion therapy for lesbian, gay and bisexual people, but to “take a much more sensitive approach when it comes to trans”.

LGBT+ anti-abuse charity Galop said: “Let’s be clear: Being abused doesn’t ’cause’ you to be trans. Trans people are more likely to experience abuse and violence based on their identity, and suggesting that child sexual abuse and/or bullying changes someone’s gender identity is damaging and wrong.

“LGBT+ people should have access to affirming services that support them, and spaces to explore their identities. The important difference is that those spaces should not have a pre-determined outcome. Everyone should be supported to come to their own understanding of who they are, and no one should be forced to be someone they’re not.”

The Department for Health and Social Care has been contacted for comment.

For anyone needing support, Galop’s National Conversion Therapy Helpline is open on 0800 130 3335 and [email protected].