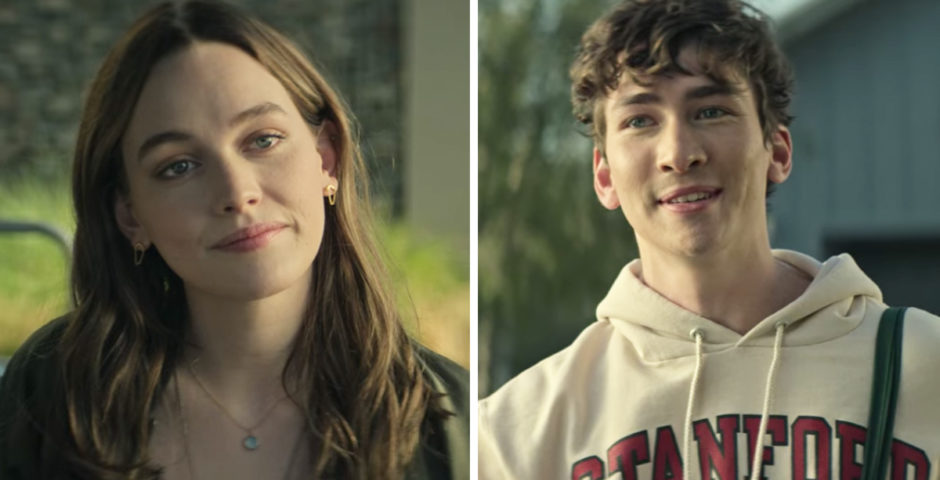 Please let this be true!!

Victoria Pedretti and Dylan Arnold, aka Love Quinn and Theo Engler from YOU, have sparked rumours saying they are apparently dating in real life. In the third season of YOU on Netflix, we watched Love and Theo start their sexual relationship shortly after she kills his step-mother for flirting with her husband Joe. But absolutely no one expected Victoria and Dylan to potentially start dating in real life – it’s total madness but we’re all so obsessed already.

These rumours have been floating about for a while but recently they were photographed walking around LA together – so as expected the dating rumours are rife. Here’s everything we know about the Victoria Pedretti and Dylan Arnold dating rumours:

Victoria Pedretti and Dylan Arnold were seen running errands together

Yes, there’s nothing suss about two people shopping together.But what makes this weird is the fact they were spotted shopping for cleaning products – washing detergent AND toilet paper to be exact. We all know that no one buys cleaning supplies with their mates, this is like next level stuff.

The pair were spotted leaving the same house together

Victoria and Dylan were pictured together both entering AND leaving the same house with one another. Dylan was carrying several pink toothbrushes whilst Victoria followed him upstairs into the property. An insider source spoke to Entertainment Tonight about the couple, they said: “Victoria Pedretti and her YOU co-star, Dylan Arnold, are dating and have been for about a few months.” All we can do right now is just sit tight, hope and pray these rumours are true. Neither of them have said anything about their love lives but still, the world isn’t ready for the potential day Victoria Pedretti and Dylan Arnold confirm the romance rumours.

• The votes are in, so now we can reveal if people think Love or Joe is the worse killer

• Quiz: Plan a trip to A Fresh Tart and we’ll tell you if Love Quinn would kill you