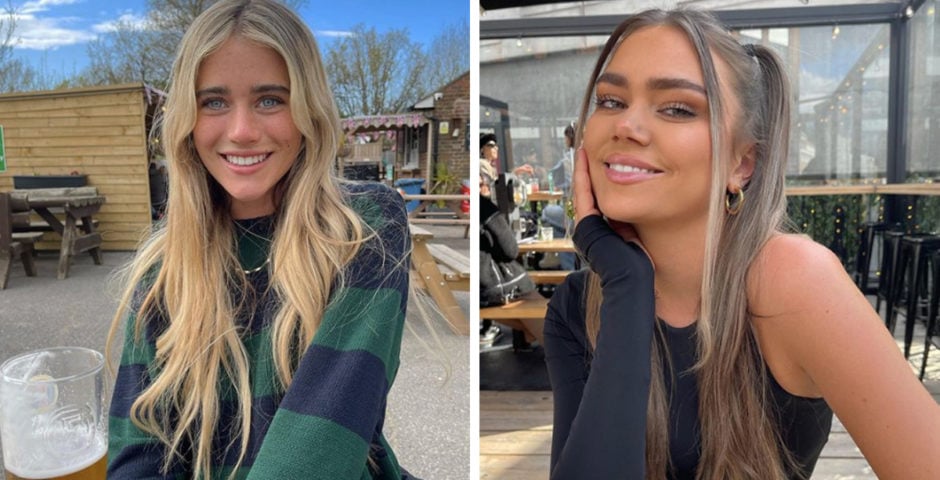 This is really heartbreaking

The friendship between Olivia Neill and Flossie Clegg had millions of us in a chokehold. They quickly became best mates, broke up with their boyfriends, moved to London together and took their rightful place as an iconic duo. So hearing all these rumours say how they’re supposedly no longer friends is truly distressing. We all know rumours like this don’t get plucked from thin air and even Olivia herself has made a comment about the whole ordeal in response to something a fan said on one of her TikTok videos. Here’s everything we know about the Olivia Neill and Flossie Clegg drama, starting with their previous scandal:

Olivia and Flossie moved to London together shortly after they broke up with their hometown boyfriends and immediately it seemed like the pair became best mates alongside Lewys. Then at the start of 2021 they faced criticism and were facing claims saying they broke lockdown rules.

But Olivia released this apology video and said sorry for breaking social distancing rules. And after all of the backlash, they both returned to social media and started to make content again. Shortly after this, Olivia reunited with her ex-boyfriend from home, John Fletcher, she bought a house in Northern Ireland and planned to move back. Flossie was intending to stay in London and moved out of their shared flat by herself. Things didn’t work out between Olivia and John though so she decided to stay in London too but didn’t move back in with Flossie.

Despite not moving back in with Flossie, everything seemed so chill at this point. Until very recently when Flossie launched her new Slazenger collection with Sports Direct. The majority of her influencer mates promoted her range, including Lewys, but Olivia didn’t post anything publicly. This sparked rumours saying they had fallen out but what really vamped them up was the fact Olivia didn’t attend Flossie’s event celebrating her launch.

In the video on Flossie’s YouTube channel, she shared clips of all her mates celebrating her launch. This is how her fans clocked the fact Olivia wasn’t there. Loads of people left comments under Flossie’s video, one person said: “Hope you’re starting to surround yourself with decent people and so proud you’re looking after yourself.”

Another person asked: “Is she still friends with Olivia or did they fall out? What was she talking about when she said there’s been a major change in her life recently?” And then someone asked the question on everyone’s minds: “Have Flossie and Olivia fallen out?”

So the latest thing to happen is Olivia replying to comments on a TikTok she posted onto her shitposting account. One person asked her: “Ok so why isn’t she at Flossie’s event? Or showing any love for Flossie?” to which Olivia responded a few days later and said: “I would’ve loved to go”. It looks like, though, her comment has since been deleted but the original video just has a bit of a sad vibe to it. You can watch her TikTok here.

• Are you more like Olivia Neill or Flossie Clegg? Take this quiz to find out

• Quiz: They’re both rotten, but are you more like Joe or Love from YOU?

The Tab has approached both Flossie Clegg and Olivia Neill for comment.