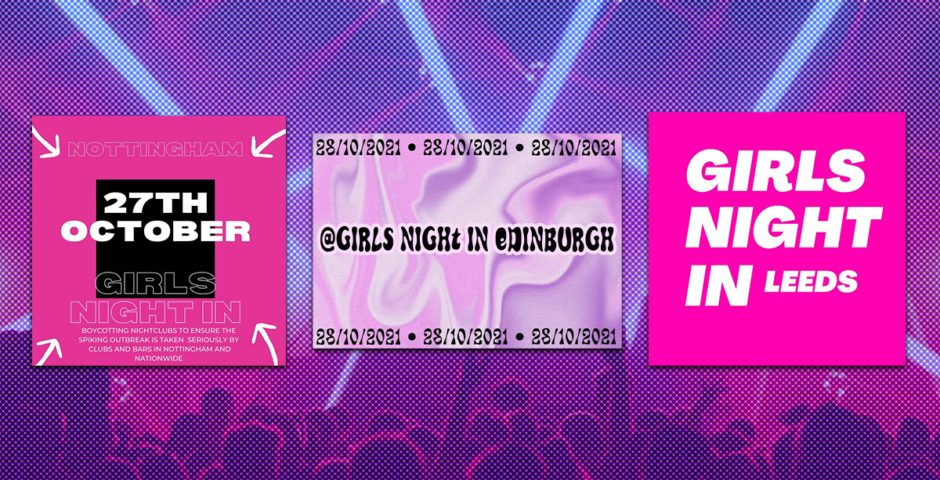 Students up and down the country are boycotting popular nightclubs to put pressure on the venues to do more to combat the recent increase in drink spiking.

Posts about drink spiking have been rife on social media with some students in Edinburgh, Nottingham and Liverpool even reporting being spiked by injection.

A petition “to make it a legal requirement for nightclubs to thoroughly search guests on entry” has now gained over 65,000 signatures.

In response to the apparent rise in spiking, a group of students in Edinburgh launched Girls Night In, a planned boycott of local nightclubs.

Edinburgh Uni student Martha and her friends noticed the rise in spiking in late August that just seemed to be getting worse and worse. “It got to the point where every time myself and my friends went on nights out we were paranoid and anxious the whole time and it didn’t seem like there was any end to this madness in sight,” Martha told The Tab.

Martha’s mum came up with the idea of the Instagram page and from there Girls Night In was born, aiming to share information about spiking and to tell people’s stories. The page now has over 3.5k followers.

People then started getting in touch, detailing incidents of spiking that were happening all over the UK, so Martha and her friends made a group chat to “discuss ways in which we can incite change through this movement and make a difference nationwide.”

Since then, other Girls Night In groups have sprung up at different university cities across the UK often targeting specific clubs and nights popular with students. 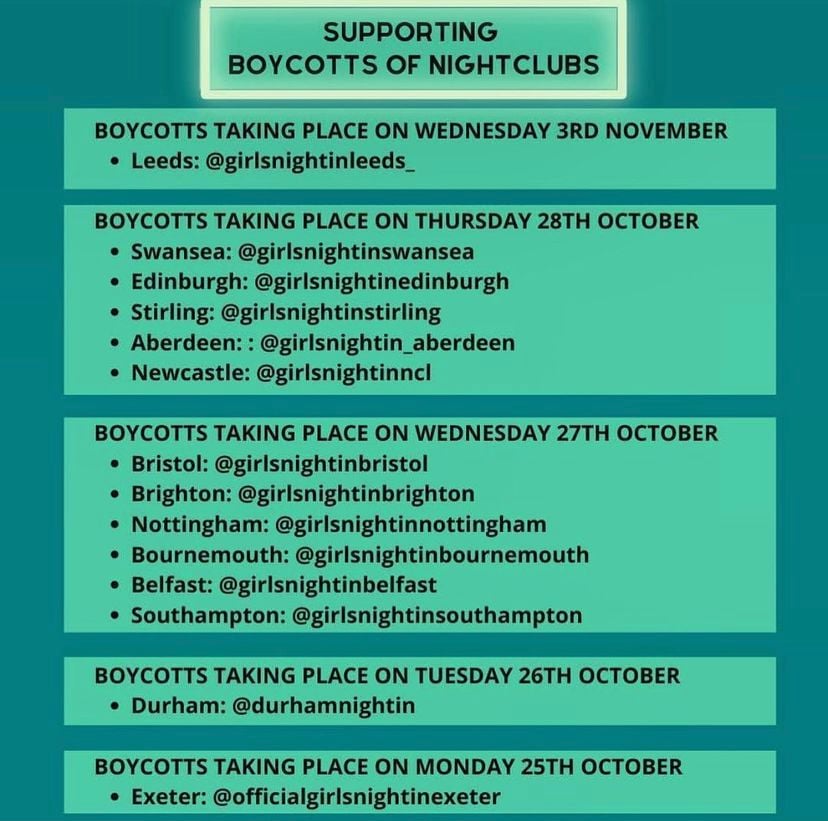 The Instagram handles of Girls Night In groups across the UK

Nottingham Girls Night In now has over 6k followers on Instagram, with one group member telling The Tab: “We decided to make the account after seeing it had been done in Edinburgh to help raise an awareness as it gave the issue more validity and truth rather than a story that had been passed through so many different people.

“We hope to achieve awareness of how much [spiking] actually occurs in clubs and we are trying to push the nightclubs and bars to recognise that it’s an issue that needs more attention now more than ever. The regular safety measures individuals do such as, ‘cover your drink, make sure to not leave it unattended, make sure you see the bartender make it,’ aren’t enough anymore.”

Girls Night In Bristol adds: “This isn’t an attack on clubs, as spiking is done by individuals, but really an attempt to reverse ignorance and an opportunity to work together.”

GNI Bristol says measures that could be introduced to combat spiking include: increased body/bag searching, better CCTV at bars, better care for those who think they’ve been spiked.

If you or someone you know has been affected by this story, please head to Drinkaware for more information on drink spiking. You can call Victim Support on 08 08 16 89 111 or find help via their website. If you’ve got a story you’d like to share with us, get in touch in confidence by emailing dannyshaw@thetab.com

• Clubs are back – but so is drink spiking. Here are your stories