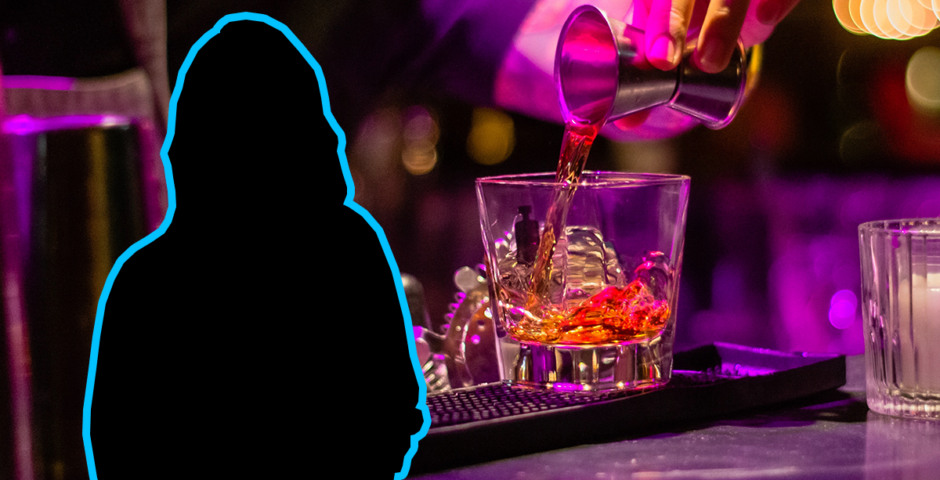 Shauna had really missed going clubbing, as like the rest of us, she’s spent well over a year cooped up inside. That’s why, on the first weekend she could, Shauna and her mates got tickets to big nightclub in Leeds for a well-needed blowout.

On arrival, the group got vodka cokes from the bar before going for a boogie. It wasn’t long before Shauna felt unusually drunk. She remembers very little after that, but her friends said they lost her for around 45 minutes.

“I’m not the sort of person to walk off alone, so I’m sure someone would have pulled me or asked me to walk away with them,” Shauna told The Tab. “Apparently I was texting my friend, saying that I needed help and I was scared.”

When Shauna’s friends eventually found her, she was being looked after by a couple and couldn’t walk properly. Her friends took her home and tucked her up in bed. It was only the next day that Shauna realised she’d been the victim of drink spiking- a disgusting phenomenon that’s lay dormant during the pandemic, rearing its ugly head now that clubs are open once again.

Drink spiking is the practice of putting a drug into someone else’s drink, often with the intention of incapacitating them to rob them or sexually assault them.

An independent investigation conducted by The BBC found that between 2015-19 there were 2,650 reports of drink spiking in England and Wales. 72 per cent of drink spiking victims were women and around 10 per cent were under 18 years of age.

There aren’t any official statistics relating to the crime and instances often go unreported, meaning that it’s hard to judge the scale of the problem. What’s clear from posts on student groups and elsewhere on social media, is that drink spiking is a widespread issue that authorities are struggling to keep up with.

‘By 9.30pm I realised I felt absolutely rotten and exhausted’

Like Shauna, Alicia went out with her mates on the first weekend after clubs re-opened, this time in Liverpool.

They started with a couple of bars, soaking up the 5 o’clock sun and enjoying some drinks.  The group were all super excited to be out on the town and were having the best night until around 9pm when Alice started to feel really drunk.

She was surprised by this, as she hadn’t drunk that much at all, but thought she may be feeling the effects more because she hadn’t been out in ages.

“By 9.30pm I realised I felt absolutely rotten and exhausted, so told my mates to put me in a taxi, still thinking absolutely nothing of it,” Alicia told The Tab. “When I was in the taxi I remember having to pull over and vomit out of the taxi but I don’t remember any other single thing about getting home.”

‘My whole body felt like it was weighed down by bricks’

Alicia got in at 10pm (she only knows this as that’s when the card transaction went through) before passing out until 6.30am. When Alicia woke up, her heart was pounding out of her chest.

“I’ve never felt anything like that, but I couldn’t really move my arms or legs properly. My whole body felt like it was weighed down by bricks,” Alicia said.

Alicia floated in and out of consciousness, vomiting at regular intervals. She started to get headaches and her taste went funny, so initially she thought she may have Covid. Alicia went for a test and it came back negative. This was when she started to realise she’d probably been spiked.

Alicia remembers little from the night. Even the few days after she was spiked seem blurry to her.

Common drugs used for spiking like GHB and Rohypnol (“roofies”) can often induce the sensation of feeling really drunk even if you haven’t drunk that much at all. Both drugs can also induce memory loss and confusion. In large amounts, they can be fatal.

Dr Sarah Jarvis, a medical adviser at Drinkaware said: “The symptoms will depend on lots of factors such as the substance or mix of substances used (including the dose), your size and weight, and how much alcohol you have already consumed.

“If your drink has been spiked it’s unlikely that you will see, smell or taste any difference. Most date rape drugs take effect within 15-30 minutes and symptoms usually last for several hours. If you start to feel strange or more drunk than you should be, then get help straight away.”

‘What gives someone the right to control my night?’

Shauna reported the incident to the venue, but not to the police for a variety of reasons. Alicia chose not to report the incident as by the time she’d realised what happened, she felt it was too late.

Both felt some physical effects for a few days after the incidents occurred. Alicia was unable to work or take care of her child who had to stay with a relative. Shauna described feeling like her head was cloudy well into the week after she was spiked.

But it’s the psychological effects of drink spiking that will stay with the victims for much longer. Alicia said she doesn’t feel confident to go out at all. “I can just about leave the house at the moment.”

Shauna is also put off going out to a nightclub. “I really wish I wasn’t, but to know that those sort of people are out makes me so sick,” Shauna said. “Like, what gives someone the right to control my night? The thought of clubbing freaks me out because of the thought that I might not be as lucky next time.”

While Shauna is taking some time to recover, she is defiant, and will go out again when the moment feels right. “It might take a little time but I really don’t want to let this guy fuck up my youth. We’ve already been locked in for 16 months and I’m not going to let this do the exact same thing.”

If you or someone you know has been affected by this story, please head to Drinkaware for more information on drink spiking. You can call Victim Support on 08 08 16 89 111 or find help via their website. If you’ve got a story you’d like to share with us, get in touch in confidence by emailing dannyshaw@thetab.com 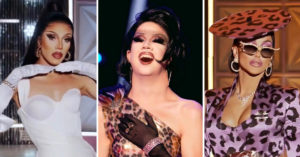 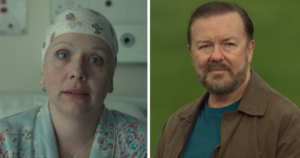 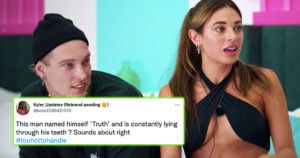 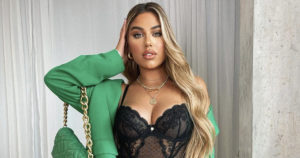