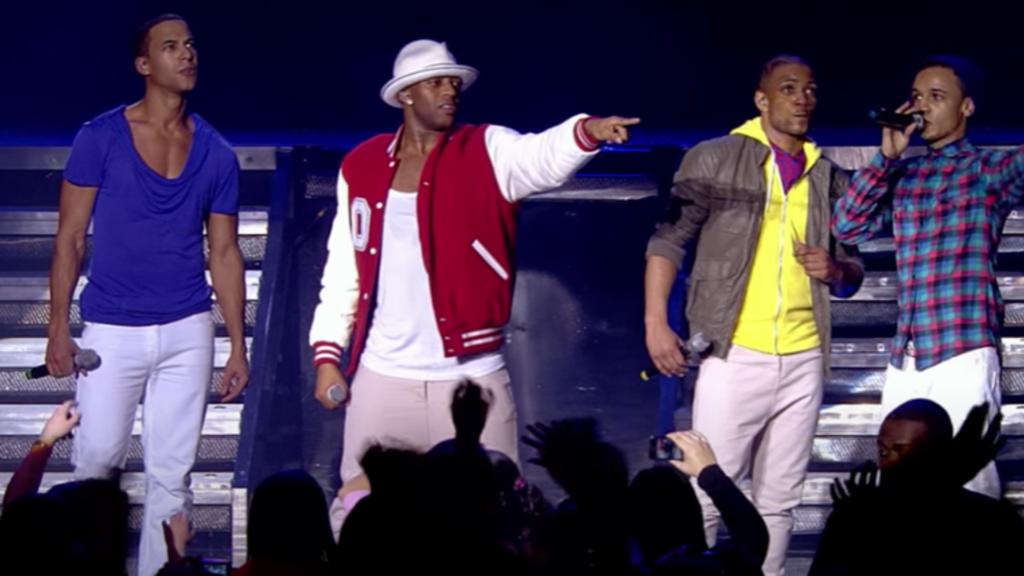 Here’s a definitive ranking of every JLS single, in honour of their long-awaited return

No, you did not hear me wrong. JLS, the X-Factor contestants, chart-toppers, and primary school disco playlist favourites we all know and love, are back, announcing yesterday on Twitter that their new single, “Eternal Love”, is going to be released on Friday 3rd September. With Ed Sheeran, one of the writers of this new song (!), describing it as “classic JLS”, I feel like we’re in for a banging 2010s throwback treat.

So, in honour of this moment that everyone’s inner 13-year-old fangirl has been waiting for, here are all of JLS’ singles ranked from worst to best, from the classic anthems of “Beat Again” and “Everybody in Love” of their early days, to the nostalgic montage of their goodbye single “Billion Lights.” The perfect throwback playlist awaits.

Although the music video for this final single before the band’s split in 2013 is a bit of a mixed bag, with much of it looking like it’s been filmed in a multi-storey car park, the montage of video clips from across their career is quite sweet.

However, the song, despite clearly intending to help the band go out with a bang, is a little bit forgettable, with nondescript lyrics and an undistinctive club-y sound, unlike the catchiness of some of their other hits. Aside from the video, this just didn’t hit the same for me.

This is admittedly one of the more interesting Christmas songs out there, revamping Bing Crosby’s classic “Do You Hear What I Hear?” with the JLS sound, rather than it being yet another lounge singer-style cover of one of the same ten festive hits. It also partakes in what was clearly JLS’ stylist’s favourite tactic of constantly dressing the band in winter coats for their music videos, which is kind of fun.

But again, it just doesn’t achieve banger status – despite its refreshing departure from the Michael Buble-like Christmas sound, this song, unlike Buble’s discography, fails to recur on our Christmas playlists year after year, overshadowed by the band’s other chart-topping hits.

This song has a pretty straightforward, simple concept behind it – a sweet, romantic song about a happy relationship, a category that people clearly love, considering the commercial success of similarly loved up songs like James Arthur’s “Say You Won’t Let Go” and Ed Sheeran’s “Perfect.” Oritse’s STUNNING verse was a particular highlight for me here (as well as the continued supremacy of the winter coat in JLS’ music videos).

However, the 90s-style percussion, boy-band-air-grabbing-on-a-stool energy, and use of a grayscale music video to show ~emotion and sincerity~ just felt a bit outdated for a group famous for bringing the concept of a “boy band” up to date. Perfectly enjoyable, and emotionally fit for purpose as a Children in Need single, but I feel like we’ve heard them do more interesting, innovative stuff.

This is a really anthemic, pump-you-up kind of hit, with determined “This is Me”-type lyrics that make a poignant reference to Maya Angelou’s infamous poem “Still I Rise”, celebrating those who have overcome struggle and difficulties.

It’s one of their lesser known singles, and doesn’t really have that catchy appeal that JLS normally do so well, but it’s a song that clearly connects with fans, with several commenting on the song’s YouTube video about how its powerful lyrics have helped them during difficult times.

Like me, you might have been confused by the similarity of this song’s title to a certain ABBA banger, and I have to say that although, out of the two, it might be the less memorable one, it’s still full of cracking stuff. The hook in this song is very catchy, the bridge with the clicking and Aston’s big ol’ note is *chef’s kiss*, and the winter coat stylist strikes again. What’s not to like?

Out of the JLS ballads, this is one of the more genuinely quite poignant ones. Made to raise money for Sport Relief, it comes with a music video and lyrics that celebrate the achievements of young athletes, and both are really quite sweet and emotional. With lovely harmonies, and yet more expensive coats, this one earns its place firmly mid-table.

7. Hottest Girl in the World

Although this isn’t one of the iconic bangers that we’re going to get as we move into the top five, this single presents a really original musical sound for the group, more mature and unusual than their typical top 40 hits. Its dynamic shows off the group’s range, with lots of interesting and musically different sections. It’s a yes from me.

6. She Makes Me Wanna

As soon as you hear the opening notes of this song, you know exactly what it is, which is testament to legendary status of this song in the JLS discography. It’s a real throwback too – the appearance from singer Dev in the bridge of this song, the voice behind the 2010s classic hit “Like a G6”, takes you instantly and distinctively back to those years, giving the song immediate nostalgic appeal.

This is early JLS at its finest – a song full of catchy tunes, and dance-along appeal, performed by men with very well-oiled chests. It deserves a solid place on any self-respecting throwback playlist.

Although the music video for this one looks like some weird hybrid cross between a game of Jenga and Ariana Grande’s “God is a Woman” music video, this song is undeniably iconic, with a great appearance from Tinie Tempah in the midst of his rise to fame, making for a catchy song that has stood the test of time.

4. The Club is Alive

This is, without a doubt, a crowd pleaser. Another example of JLS using a sample inventively, with the chorus originating from “The Sound of Music”, everyone loves this song when it comes on, shouting out the chorus with all their might. Although it’s a bit intense, with all the distorting voice effects and Aston backflipping all over the place in the music video, it’s a fun, catchy reminder of where the band started out.

This song perfectly incorporates both sides of JLS’ repertoire, showing off the side of the group that can pull off an emotional ballad, but also winning the status of a more upbeat, dance-along, catchy crowd pleaser. With the iconic mic stand dance routine of the music video, and those weird cowl neck T-shirts that could only belong to early 2000s fashion, this is another firm favourite from the band’s early days.

The medical metaphor running throughout it? Love it. The lyrics? We know them all. The dance routine in the music video? Like it’s just come from a cheesy street dance film, but in the best possible way. It’s a classic, it’s iconic, it’s legendary, and no one can convince me otherwise.

This is what you think of when you hear the word JLS. This is what you remember from those sticky-floored primary school discos. This anthem of a song has secured their status as boy band greats. That’s all.

(I’m also convinced that every student who has ever used waterfall fairy lights in their uni room got their original inspiration from the decor of this music video.)

• JLS are reuniting and my heart might actually beat again

• The definitive ranking of every Billie Eilish song, from worst to best

• All 23 Girls Aloud singles, ranked definitively from worst to best