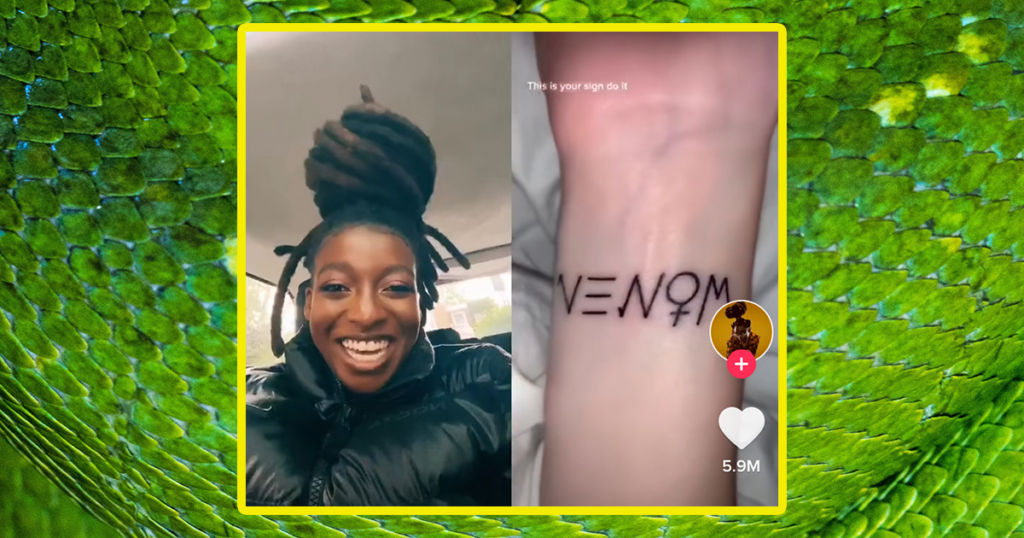 Here’s where the ‘venom’ TikTok audio actually comes from

People are even getting venom tattoos

The “venom” TikTok audio is all over our FYPs at the moment and I actually can’t get it out of my head. Some TikTok users are even getting venom tattooed in a specific font so that upside down it reads a different word. Here’s where the audio actually comes from and why people are getting venom tattoos.

Venom is a song by Little Simz 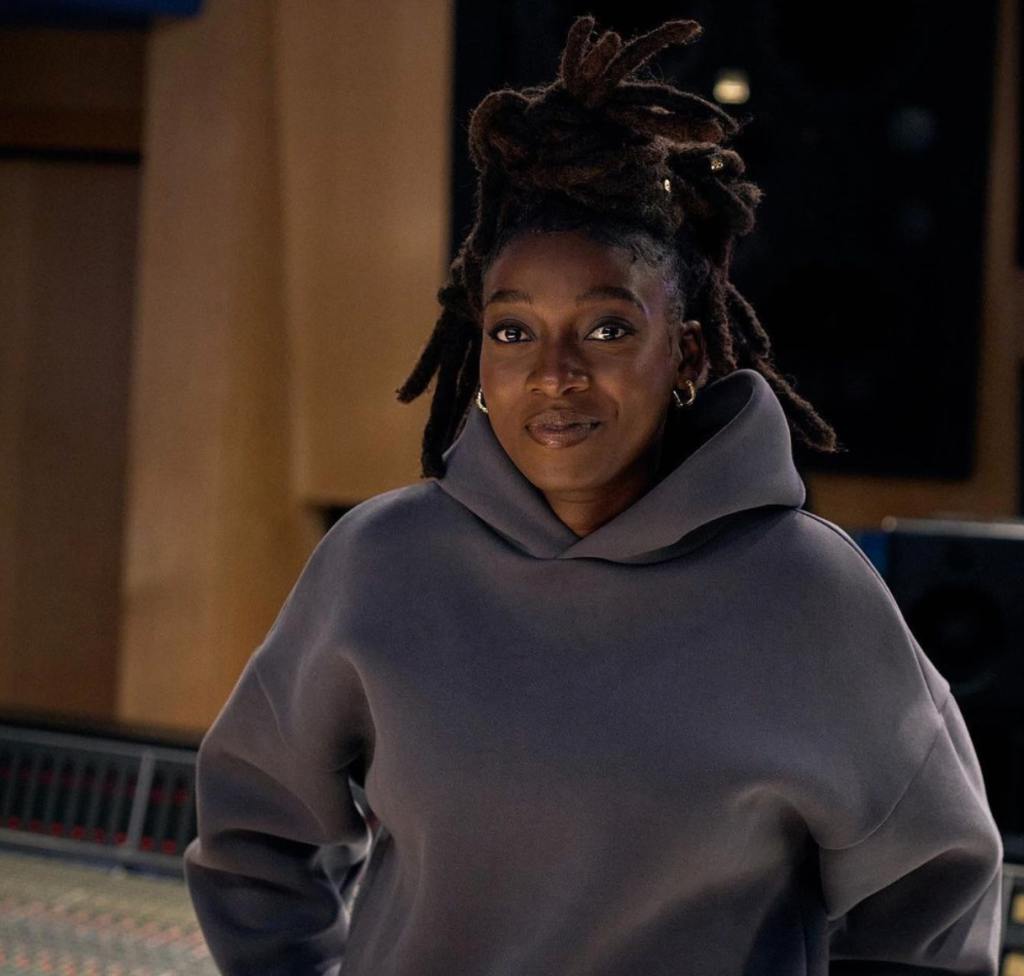 London-based rapper Little Simz is the musical artist behind Venom, a track which we can all agree, absolutely slaps. The tune is all about mental health and feminism, and it even features in the soundtrack to Netflix show Top Boy.

The main bit of the audio is the line: “It’s a woman’s world, so to speak. Pussy, you sour. Never givin’ credit where it’s due ’cause you don’t like pussy in power. Venom.”

As a woman in the male-dominated rap industry, Little Simz has been very vocal about not wanting to be referred to as a female rapper or MC as she doesn’t think her abilities as an MC have anything to do with her gender.

Stop all this female rapper , female mc talk when it comes to me , I’m not that ffs

Other bangers by Little Simz include Woman, Selfish and Introvert.

This is why people are getting venom tattoos

Now, people are even getting venom tattoos uploading the results along with the audio to TikTok. Because of the specific font venom is written in, when you turn it upside down, it reads the word: Women.

Here’s Little Simz getting excited by a fan’s tattoo.

• Okay so why the hell is TikTok actually called TikTok?!

• Hold up, where does that ‘Oh Lord’ TikTok sound actually come from?

• This TikTok filter tells you if you’re hot or pretty, so find out which one you are