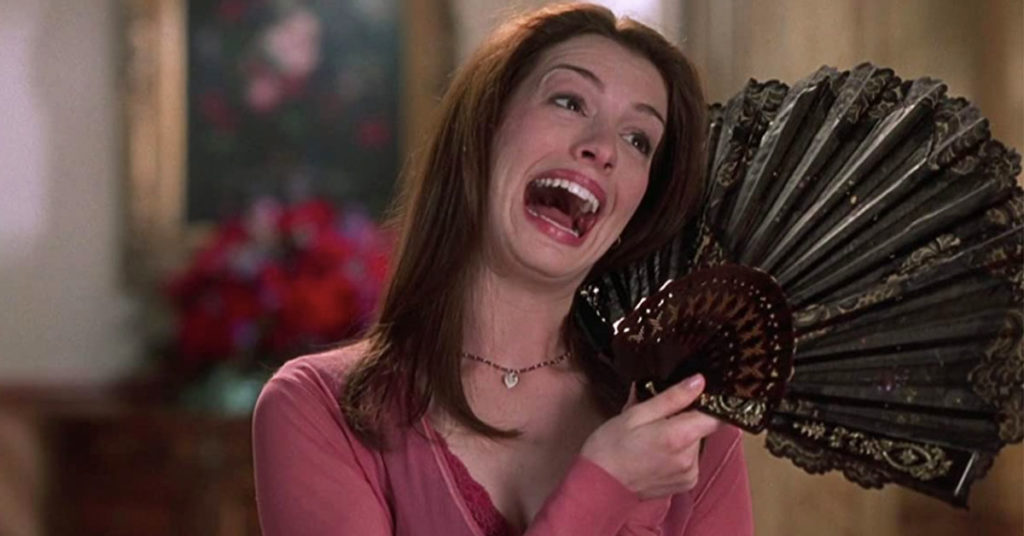 Anyone else still think about the mattress surfing scene?

Most movie sequels never quite match up to the original film. This is not the case with the Princess Diaries. The second movie is almost as good if not better than the first. It’s funny, features Chris Pine and has the walk in wardrobe of teenage girl dreams. But just how well do you remember the iconic second movie? It’s time to find out with our Princess Diaries two trivia quiz.

The sequel sees 21-year-old Mia graduate from college, move back to Genovia and prepare to rule the country. The only flaw in this plan is parliament wants her to marry in 30 days or she forfeits the crown. Luckily the movie has a happy ending because this is Disney after all.

Though we know how Mia’s story ended we might be in with a chance of seeing Mia as the queen in a potential Princess Diaries 3. Anne Hathaway has previously said she and Julie Andrews are up for another movie and there is a script.

In the meantime you can still rewatch the second movie and test your knowledge with our Princess Diaries sequel quiz:

•Quiz: 20 years on, how well do you remember the quotes from The Princess Diaries?

•Pears, four cats and fake eyebrows: The filming secrets of The Princess Diaries