Ok, so was Adam Demos wearing a prosthetic in THAT shower scene in Sex/Life?

I need answers and I need them now

If you’ve been watching Sex/Life on Netflix then you will be very familiar with the explicit nudity and sex scenes you see early on. We’re talking the first five minutes and you’ve already seen them at it. And no scene has captured the Internet’s imagination quite like the shower scene in episode three.

Sex/Life is a new Netflix series about a married woman named Billie who has a seemingly perfect life in the suburbs with her gorgeous husband and two kids. However she is obsessed with thinking about her ex boyfriend, Brad, who was the best sex of her life.

By episode three both Billie and her husband Cooper are obsessed with Brad. Cooper’s obsession takes him so far he ends up following Brad to a gym, signing up to a month’s membership and following him into the shower. It’s during this shower scene that the Internet collectively lost its mind when Brad turns around and we see just how large his dick is. And now all anyone wants to know is if Adam Demos is wearing a prosthetic during that scene or if he really is that well endowed. 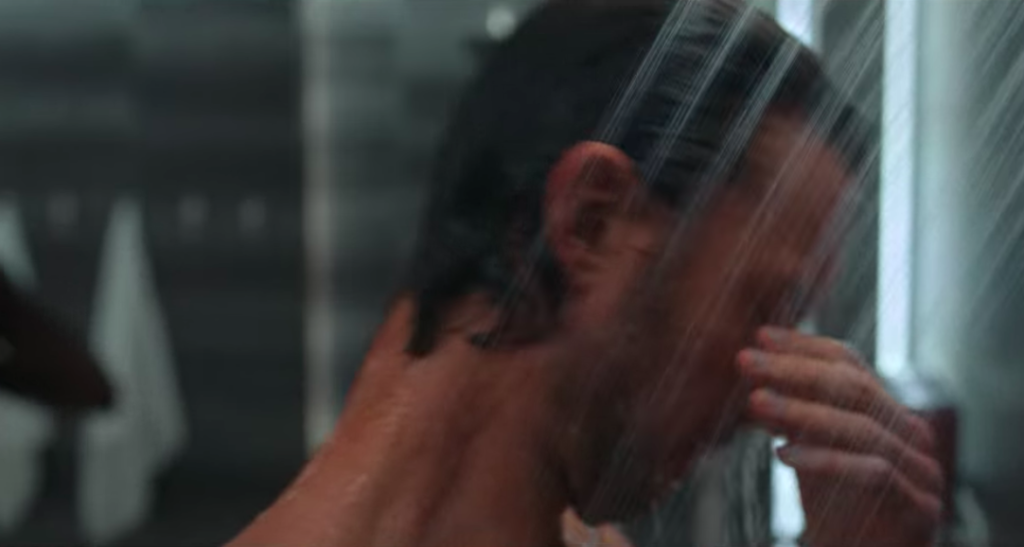 So is Adam Demos wearing a prosthetic in Sex/Life episode three?

At the moment it’s unclear whether it was a prosthetic or not, but the show’s creator, Stacy Rukeyser, did reveal Adam did not use a body double.

In an interview with Collider Stacy said: “No. That’s not a body double. I mean, people usually ask is it real or is it a prosthetic? I can tell you what Adam Demos says about it which is, a gentleman never tells. So, we are leaving that up to the viewer’s imagination.”

So it’s not a yes or a no. However Stacy wanted to make clear the nudity wasn’t for “titillation’s sake” but was important for Cooper to feel intimidated and to show the extent of his obsession. Whatever you say Stacy, we’re all just glad you included the scene.

Sex/ Life is available on Netflix now. For all the latest Netflix news, drops, quizzes and memes like The Holy Church of Netflix on Facebook.

•Is Too Hot To Handle staged? Everything we know about how much the producers set up