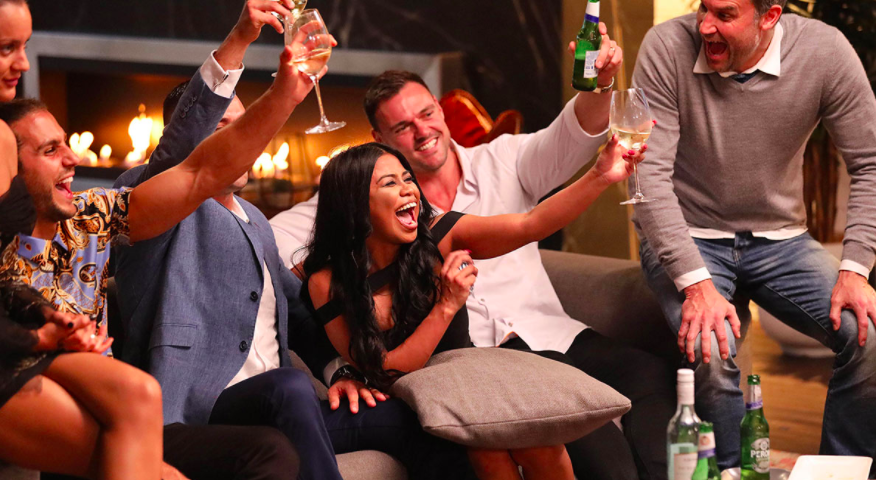 Just give me all the drama at this point

In case the wine-throwing, confrontation-filled dinner parties of Married at First Sight Australia weren’t enough, it’s been revealed that the UK version will be even bigger.

Relationship expert Mel Schilling has confirmed that the upcoming UK edition will include more couples and more dinner parties, as part of a “supersized” version.

In total, the sixth series of the UK edition will feature 10 couples.

Frankly, the idea of post-lockdown UK honeymoons is tantalising. Marriages breaking down in a Spoons smoking area. Secret romances conducted over plates of cheesy chips. It will be groundbreaking.

“I’m so excited, I’ve watched the previous versions of the UK series and it’s so little compared to ours. It’s very up close and personal but without a lot of the production stuff that happens with the Australian series,” Mel told Tyla.

“So the idea of being able to come into the UK with all the experience of the Australian seasons and with UK people – I’m very excited!

“It’s going to be very much based on the approach we’ve been using in Australia. We’ll be throwing in that different level of challenge to the couples, not just the wedding and the honeymoons but the surprise elements, too.”

Married at First Sight Australia Season 6 is available to watch on All 4 now.

• Which Married at First Sight Australia girl are you? Take this quiz to find out

• Quiz: Which Married at First Sight Australia couple are you?

• The MAFS web: The Season 6 cast members who stayed in touch after the show