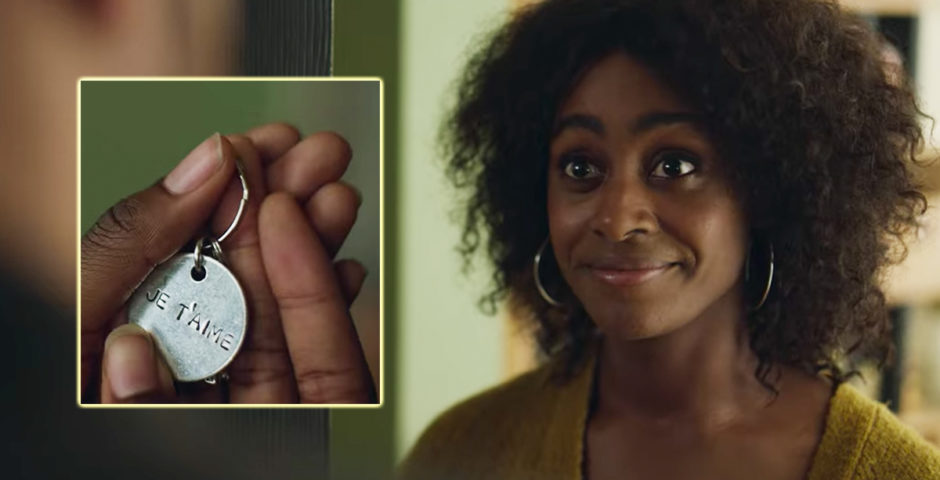 Does this keychain theory prove Rob will get caught out in Behind Her Eyes?

Just when you thought all the twists, turns and revelations were over, Behind Her Eyes may have just left us with another clue to something – and it’s all about the keychain Louise owns.

If you were watching carefully, the keyring Louise’s son Adam bought her back from his holiday is shown in a couple of clips, and really focused in on during one. This has caused people to link the chain to theories that Rob might at some point get caught out for everything he’s done (you know, *that* ending).

So here’s a full explainer of the keychain theory, and what it means for Behind Her Eyes going forward. 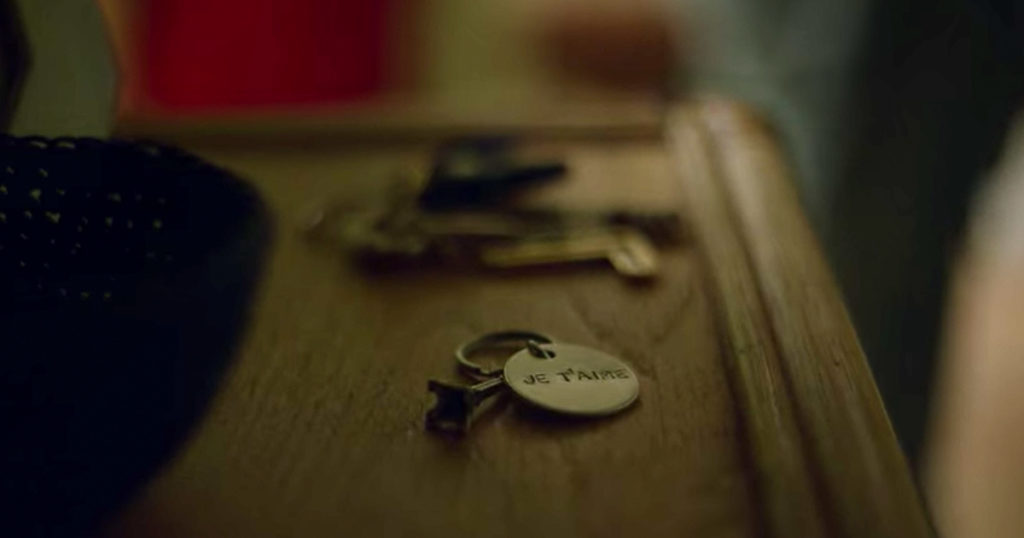 What is the relevance of the keychain in Behind Her Eyes?

In the series, Adam has been away in France with his dad. When he comes back and is dropped at home, he presents his mum with the keychain as a gift he got her. It has the Eiffel Tower on and a keyring which reads “Je t’aime” – I love you in French.

Later in a further scene, the keychain is zoomed in on and the camera focuses on it for a while. This has led people to believe it must be of some further significance. One person said: “That France Je t’aime keychain that Adam gives to Louise gets some protagonism in a couple of scenes. I wonder if next season, this will be an item that will put Louise (Rob) in jeopardy since I don’t think Rob ever knew of the keychain’s story or existence.”

People think the chain may get brought up in conversation somehow, maybe by Adam, and when Louise (Rob) doesn’t have any idea about the relevance of it, or the story, David and/or Adam will soon realise Louise isn’t herself.

Others added that there may have been hints to this being relevant later on in the series, when we were shown flashbacks to Rob cooking for Adele and David at Adele’s parents’ estate. One person said: “Yeah, did you notice when they were cooking and he was pretending to be a French chef, he kept saying ‘Je t’aime’? The same thing that Adam’s keychain souvenir to his mom said.”

Another person on Reddit added: “When Louise’s son Adam came back home from France with his dad and Lisa, he gives Louise a keychain with the Eiffel Tower and has ‘Je t’aime’ engraved on it. This keychain received special attention when Louise attaches it to her house keys. Cut to the scene where Rob is cooking for Adele and David and he speaks with a French accent and later says a few French phrases, on of which he says a few times: ‘Je t’aime’. It’s definitely a stretch, but them putting so much time into the audience seeing and reading the the keychain, and then soon after having Rob say the phrase seems just a little suspicious.”

Behind Her Eyes is available on Netflix now. For all the latest Netflix news, quizzes, drops and memes like The Holy Church of Netflix on Facebook.

• Were you actually paying attention during Behind Her Eyes? Take this quiz to find out

• If you enjoyed having your mind blown by Behind Her Eyes, watch these nine shows next