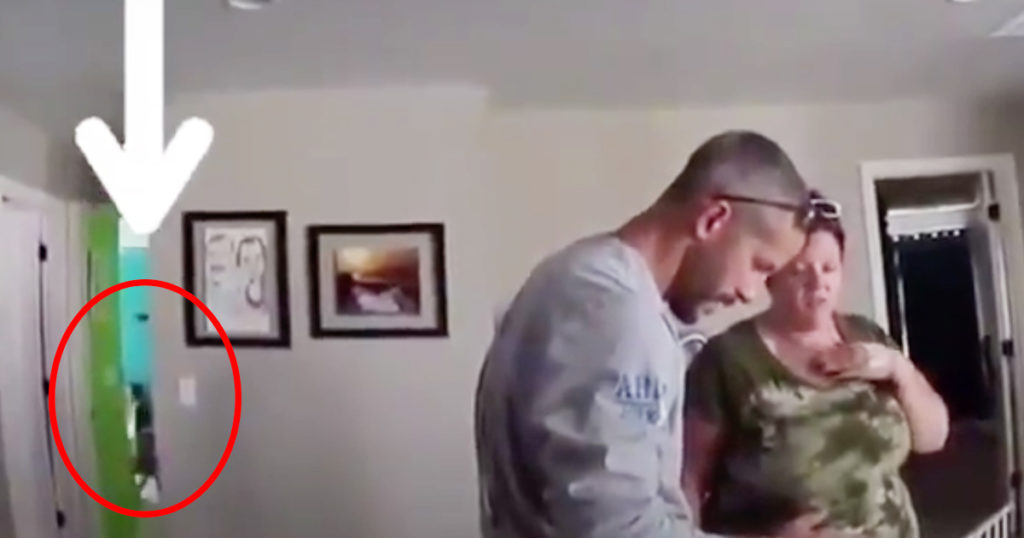 Ok but how did we all miss this creepy ‘ghost’ in American Murder on Netflix?

I need to rewatch this right now

Everyone is talking about new Netflix true crime documentary American Murder: The Family Next Door. The series tells the story of the Watts family killings – where in 2018 Chris Watts killed his pregnant wife Shanann and their two young daughters, apparently all so he could be with his other girlfriend forever. But one creepy clip from the doc has made everyone stop and rewind, as apparently near the beginning of American Murder, there’s a “ghost” in the background of a police cam video.

The show uses a lot of police body cam footage to tell the story of what happened the day Shanann and the girls were reported missing. Investigators are seen going into the Watts family home to try and look for them, or any evidence which might suggest an answer to what had happened.

Someone has picked up a very creepy clip of what looks like a young girl walking in one of the rooms in the background and it’s started an entire “ghost” theory on the internet.

The video is also doing the rounds on YouTube, with people commenting “WTF legit looks like a kid” and “Is it a ghost??”.

Lots of people have jumped to suggest that there’s nothing creepy going on here, and it is in fact the daughter of Nickole, Shanann’s friend who called the police and is in the house trying to help them out. There’s no clip of Nickole having a child with her, and they do say this house search took place during what would have been school time, so who knows?

American Murder: The Family Next Door is available on Netflix now. For all the latest Netflix news, drops and memes like The Holy Church of Netflix on Facebook.