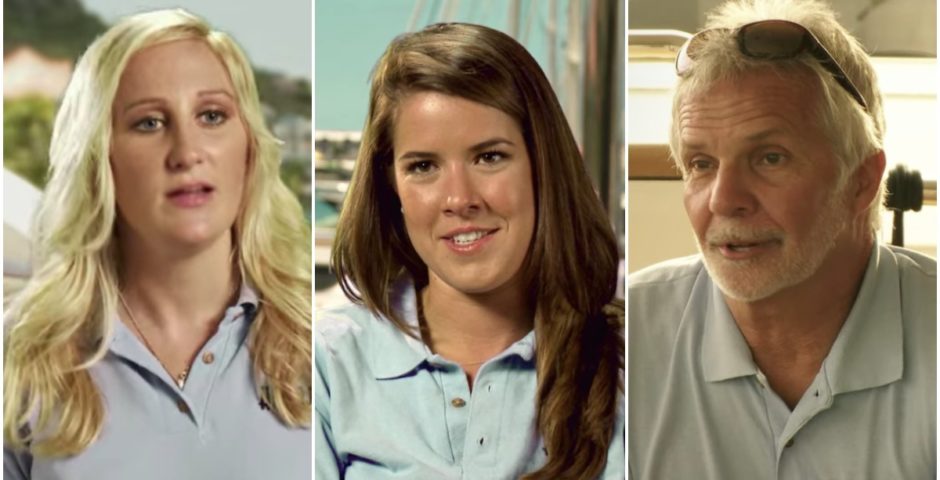 Which Below Deck cast member are you? Take this quiz to find out

I’ll take anyone but Adrienne

It’s no secret that the crew members on Below Deck have to work hard- they’re literally in charge of $20million super yachts, having to cater to the guest’s every whim. It’s a high-pressure situation, and they’re being filmed around the clock, which means all of their true colours really come out in the series.

The Below Deck cast are all so different. There’s Kat, who loves a party but will always get up and work the next morning, and would honestly do amazingly at any UK uni. CJ also loves a party, but would then lie in bed for the entirety of the next day, and probably end up going off in a strop about something, too.

There’s Ben, who’s lowkey actually really sexy in a strange kind of way, and Sam, who you know would always hold your hair back for you in the toilets on a night out. Then there’s unsung hero of the show David, absolute nightmare Adrienne, and Aleks, who makes Adrienne look like an even worse manager than she already is.

Captain Lee I’m honestly not sure about – I think we like him? Do we? He seems kind of sweet but he’s also highkey terrifying.

Anyway, which Below Deck season one crew member are you? Take this quiz to find out:

Two seasons of Below Deck are available on Netflix now. For all the latest Netflix news, drops and memes like The Holy Church of Netflix on Facebook.

More Below Deck stories recommended by this writer:

• How long would you last on Below Deck? Take this quiz to find out

• Where are the crew of Below Deck Season 1 now?