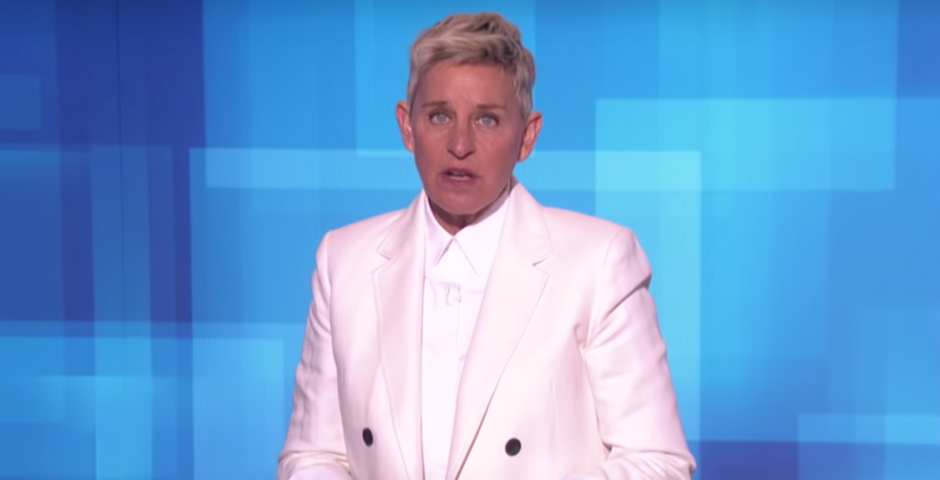 Ellen Degeneres has always split the room directly down the middle. Whether it’s her dry and sarcastic sense of humour, her completely lavish giveaways or her questionable friendships with powerful people, people either tend to really love her or really, really hate her. However, now is the first time that she seems to be experiencing a full-on cancelling on social media over allegations that she has treated her staff badly.

However, this has had many people scratching their heads for the simple fact that nobody seems to be able to understand exactly what Ellen Degeneres did to cause all of this uproar. What exactly has she said or done to her staff? What are her biggest critics and supporters saying about the situation? Have any celebrities come to her defence? Let’s take a look into why everyone is calling for Ellen to be removed from her show.

What did Ellen Degeneres actually do wrong?

Although she’s had some pretty notable controversies in the past, the latest furore is due to claims that she has mistreated and manipulated various members of her staff.

Although she’s at times been accused of mistreating her non-celebrity friends, the first big claim was in May, when her former bodyguard Tom Majercak told Fox News: “It was actually kind of demeaning in the way that she treats people other than those who are in her circle. I see this person come across as being very enlightened and positive and awesome and everybody loves her and is in awe and that’s really not the case when you meet her in person. I can absolutely see through interacting with her first-hand that she doesn’t care about anybody else as long as she’s getting what she wants.”

Then BuzzFeed News wrote an article in July that spoke to 10 anonymous former employees of the Ellen Show, who accused the show of creating a toxic workplace. These included being fired after taking medical leave/bereavement days, racist comments and general microaggressions. A former employee told them: “That ‘be kind’ bullshit only happens when the cameras are on. It’s all for show. I know they give money to people and help them out, but it’s for show.”

Another BuzzFeed article came out in July that featured 36 former employees that accused the executive producers of sexual misconduct and harassment: “For someone who’s so involved in the show and the creative aspect, and having been in those meetings with her, it’s very hard for me to wrap my head around the fact that she doesn’t hear the same whispers.”

In August, you guessed it, another BuzzFeed article was put out that claimed Ellen “didn’t just turn a blind eye” but actively encouraged the poor treatment of her staff: “You cannot stand up in front of an audience as large as hers every single day for 17 years and say the words ‘be kind to one another’ and do what she did.”

Has Ellen responded to any of the claims?

After an internal investigation by WarnerMedia that found “issues” with the mistreatment of workers, Ellen wrote an email to her staff in which she apologised.

“On day one of our show, I told everyone in our first meeting that ‘The Ellen DeGeneres Show’ would be a place of happiness — no one would ever raise their voice, and everyone would be treated with respect. Obviously, something changed, and I am disappointed to learn that this has not been the case. And for that, I am sorry. Anyone who knows me knows it’s the opposite of what I believe and what I hoped for our show.

“Alongside Warner Bros, we immediately began an internal investigation and we are taking steps, together, to correct the issues. As we’ve grown exponentially, I’ve not been able to stay on top of everything and relied on others to do their jobs as they knew I’d want them done. Clearly some didn’t. That will now change and I’m committed to ensuring this does not happen again.”

What are her celebrity supporters saying?

Various prominent celebrity figures have come to the defence of Ellen, claiming that she has never been anything but a “kind and decent person”, which has been criticised by many as a way of detracting from the experiences of employees of the show from a position of A-list privilege.

Ellen’s employees: we are being mistreated
Celebrities: not us ☺️ https://t.co/5bSIHB2J6K

Ashton Kutcher told his followers that “when things aren’t right, she handles it and fixes it”. The top response reads: “I get celebrity friends coming out in defence of Ellen to an extent. And I like Ellen. But… employees are complaining about their work experience there. Can that be understood? No one knows what it’s like but them. It’s invalidating what *they* experienced on a regular basis.”

I haven’t spoken with @TheEllenShow and can only speak from my own experience. She & her team have only treated me & my team w/ respect & kindness. She never pandered to celebrity which I always saw as a refreshing honesty. When things aren’t right she handles it and fixes.

Kevin Hart posted a similarly gushing tribute to Ellen on his Instagram page, where he said that “she has treated my family and my team with love and respect from day one.”

It’s crazy to see my friend go thru what she’s going thru publicly. I have known Ellen for years and I can honestly say that she’s one of the dopest people on the fucking planet. She has treated my family and my team with love and respect from day 1. The internet has become a crazy world of negativity….we are falling in love with peoples down fall. It’s honestly sad…When did we get here? I stand by the ones that I know and that I love. Looking forward to the future where we get back to loving one another….this hate shit has to stop. Hopefully it goes out of style soon….This post is not meant to disregard the feelings of others and their experiences….It’s simply to show what my experiences have been with my friend. Love you for life Ellen…

Ellen has not posted anything on any of her social media channels since July.

• Braids to blackface: A look back at Kim Kardashian’s most tone-deaf moments

• Surprise! Jameela Jamil’s messed up again, here’s everything you need to know