In between the petitions, donations and educational resources going around Twitter and Instagram about Black Lives Matter, are the big global brand’s messages showing their support. And good lord are they just as bad as you’d think they’d be.

A meme circulating on Twitter sums up most brand’s reactions perfectly.

A statement from [Brand]® pic.twitter.com/XT9tXF9hvz

There have been a few notable exceptions with some brands actually putting money where their mouth is, like Glossier, who are donating $1 million to fight racial injustice and support black owned beauty businesses.

However they are the exception, not the rule, and people are fed up of the seemingly hypocritical, vague and action-less statements from big corporations.

These are just some of the brands who have been criticised for their messages of support for Black Lives Matter:

L’Oréal has come under fire for their hypocritical stance on Black Lives Matter from Munroe Bergdorf.

On 1st June on Instagram and Twitter L’Oréal shared a picture that said “Speaking Out Is Worth It” and wrote the caption with it: “L’Oréal Paris stands in solidarity with the Black community, and against injustice of any kind. We are making a commitment to the @naacp to support progress in the fight for justice.”

Munroe Bergdorf was quick to respond after L’Oréal fired her in 2017 after she spoke out about racism online. In a series of tweets Munroe said how angry she was at L’Oréal’s treatment of her when she spoke about racism and blasted their recents posts a a PR opportunity.

Excuse my language but I am SO angry. FUCK YOU @lorealparis. You dropped me from a campaign in 2017 and threw me to the wolves for speaking out about racism and white supremacy. With no duty of care, without a second thought. pic.twitter.com/nnBfiP5Oqg

She wrote: “Excuse my language but I am SO angry. FUCK YOU @lorealparis. You dropped me from a campaign in 2017 and threw me to the wolves for speaking out about racism and white supremacy. With no duty of care, without a second thought.

“I had to fend for myself being torn apart by the world’s press because YOU didn’t want to talk about racism. You do NOT get to do this. This is NOT okay, not even in the slightest.

“Fuck you. Fuck your ‘solidarity’. Where was my support when I spoke out? I’m disgusted and writing this in floods of tears.”

Munroe was fired in 2017 after being signed up as the brand’s first transgender representative. Munroe had written a post on Facebook in response to an anti-racist protester being killed by a white supremacist at a protest in Charlottesville, Virginia.

She had written: “Most of ya’ll don’t even realise or refuse to acknowledge that your existence, privilege and success as a race is built on the backs, blood and death of people of colour. Your entire existence is drenched in racism.”

L’Oréal then dropped her for the campaign for not aligning with their values of “champions of diversity”.

Last week PrettyLittleThing were called out for their illustration which they had used to show their support for the Black Lives Matter movement. The illustration featured a black hand and a white hand holding each other. 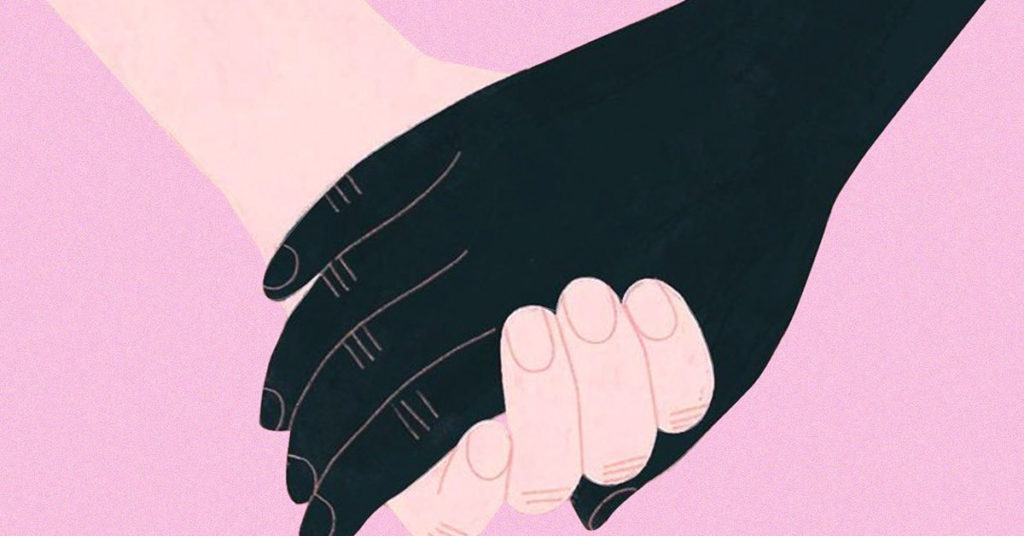 However the black hand was literally jet black included the nails, and not a shade that actually reflects a black person’s skin colour. Lots of people on Twitter slated their graphic and asked them to take it down.

The post has since been removed and PrettyLittleThing have tweeted their support for the Black Lives Matter movement and asking people to sign the petition.

Amazon attempted to show their support for the Black Lives Matter movement by tweeting an image which contained these words: “The inequitable and brutal treatment of black people in our country must stop. Together we stand in solidarity with the black community – our employees, customers, and partners – in the fight against systemic racism and injustice.”

A lot of people on Twitter were quick to criticise Amazon for a number of reasons. Firstly Jeff Bezos, CEO of Amazon has a net worth of nearly $150 billion and people asked why Amazon aren’t opening their pockets to donate to fundraisers. Amazon haven’t openly stated if they have made a donation to a Black Lives Matter fundraiser.

Funny coming from the company that fired a Black man for asking for safer working conditions during COVID, sells Nazi flags and remains the last large advertiser on Breitbart, which once featured a “Black Crime” section, despite being asked to stop by 600+ of your diverse workers

Amazon were also called out for claims the site continues to sell racist products, including children’s books featuring the N word.

Amazon said: “Mr. Smalls received multiple warnings for violating social-distancing guidelines and putting the safety of others at risk. He was also found to have had close contact with a diagnosed associate with a confirmed case of COVID-19 and was asked to remain home with pay for 14 days.”

Amazon has since announced on Twitter they will be donating $10 million to organisations that support the black community.

Amazon stands in solidarity with the Black community — we remain steadfast in our support for our employees, customers, partners, and the communities where they live and work. And we stand in support of organizations that are making a difference. https://t.co/r29sVMNosA pic.twitter.com/Jn9QIiS34g

Amazon did not respond to The Tab’s request for comment.

Disney has been called out for their Black Lives Matter message. On Sunday they tweeted out a statement showing their support for the black community and their stance against racism, they said: “We stand against racism. We stand for inclusion. We stand with our fellow Black employees, storytellers, creators and the entire Black community. We must unite and speak out.”

Many people were quick to point out Disney’s complicated history with racism including Walt Disney himself allegedly being a racist and anti-semitic.

Twitter users also commented that Disney is still involved in problematic acts – like when they shrunk black actor John Boyega on the Stars Wars posters so he was nearly invisible for release in China.

Disney would not comment on the poster when asked by journalists at the time.

Another person on Twitter also pointed out the apparent hypocrisy of Disney’s statement saying they stood for inclusion and then included a video which showed nearly all of Disney’s top executives are white.

‘We stand for inclusion.’

A quick glance through your top level execs would suggest otherwise. pic.twitter.com/ELhhZcK45Q

Disney has since pledged to donate $5 million to organisations that support social justice.

The Walt Disney Company has pledged $5 million to support nonprofit organizations that advance social justice, beginning with a $2 million donation to the NAACP: https://t.co/Heo5DKaiuf pic.twitter.com/FpSECsstXS

Disney did not reply to The Tab’s request for comment.

TikTok has faced multiple accusations of deleting black people’s accounts and claims it allowed allowing the spread of racist propaganda across their app. So when TikTok shared their message of support for Black Lives Matter, a lot of people were pissed.

Oh cause I thought a social media app the frequently deletes black peoples accounts and allows racist videos on their platforms to stay up said something. https://t.co/RuolRbZiqK

One Twitter user wrote: “Oh cause I thought a social media app that frequently deletes black peoples accounts and allows racist videos on their platforms to stay up said something.”

TikTok has previously denied deleting accounts or videos by black people’s accounts after Lizzo accused the app of deleting her swimsuit videos.

TikTok told Insider: “We are committed to promoting a safe and positive app environment for our global community and there is absolutely no place for discrimination, including hate speech, on this platform.”

TikTok has released a statement apologising to black creators and has pledged $4million to help the black community and fight racial injustice in the US.

Where are the donation receipts

Another Twitter user also highlighted Netflix’s staff ethnicity breakdown for this year and  47 per cent of the staff are white and only seven per cent are black.

Netflix did not respond to The Tab’s request for comment.

This fast fashion brand will always come up with a slogan T-shirt as a response to any crisis and now includes a Black Lives Matter T-shirt. In The Style announced the charity T-shirt on their Instagram and Twitter this week. All proceeds go to the George Memorial Fund.

I had to scroll back to JANUARY to even find a picture of a black person on In The Style’s feed. January!! I am so bored of these fast fashion outlets not getting it. Nobody wants your charity tees from exploited garment workers or your performative words. How about real action?? pic.twitter.com/ON6bWfW7zg

However many people commented on the post claimed that In The Style hardly ever uses black models within their site and social media. And others pointed out that In The Style will still make a profit via people shopping for other items on site when buying the charity T-shirt.

In The Style have removed the T-shirt from their Instagram and Twitter and site following the backlash. The site also issued an apology on Twitter for causing offence and said how they had already raised £10,000 from the original T-Shirt sales and will be doubling that donation to the George Floyd Foundation.

In The Style did not respond to The Tab’s request for comment.

•These 17 books, docs and podcasts will help you educate yourself on race issues