Why did we ever watch it

I’m gonna say it clearly now: How I Met Your Mother is the worst show in the existence of tv shows.

Sure, the whole concept of having the series told as stories from the past is completely unique. Some episodes, like the 100th episode based all around Barney’s love of suits with the musical number at the end is a good watch. It’s a show that is best when it’s stuck on in the background while you’re on your phone, and there’s some really funny moments.

And that’s kind of where it ends, for there are many reasons that it’s also one of the most terrible shows to be on TV for a long time, and we’re here to tell you why. It’s not only problematic in many ways, but there’s parts of it that are just plain stupid. So from the more obvious shortfallings of Barney to the minute details of why Ted is such a waste of cramped New York space, let’s dive right into it.

Whether it’s the elaborate cons that he pulls off with the fake identities and costumes, or the fact that he loses interest as soon as they’re above the age of 30 or can’t satisfy his sexual needs, his fundamental character trait is to treat women like shit. This is evident through his celebration of milestones, like having sex with the 200th woman, or using multiple disguises in season five designed to try and have sex with a girl from every country in the world.

The writers try to remedy his flaws in the later seasons by having Barney endure a crisis amidst a deep period of self-reflection, but is his compulsive lying really a defence mechanism for a shitty childhood?  That’s one thing that his friends are too unfazed to address – they’d rather let him treat people like this to make up for his past, when he’d do so much better with a good therapist to help him undo his countless issues.

And for that matter, Ted isn’t the saint that everyone makes him out to be

Beyond being an absolute snob, let’s talk about his numerous failed relationships, where often the women get the blame. When Ted finds out that Robin has feelings for him, he remains with Victoria but tells Robin that he isn’t. It is only when Victoria calls and Robin answers the phone that she realises he’s still with her.

Or how about the fact that, for someone who got left at the alter himself, he doesn’t seem very apologetic for literally doing the exact same to someone else. Yes, Klaus ended up running away from the pending marriage to Victoria as well, but Ted didn’t know that when he stole her away. You thought just a paper note saying sorry would suffice? You thought wrong.

There’s just something so… lame about it all

Whether it’s Barney’s “Legend… wait for it… dary!”, the repeated ugliness of the word “awesome” or the insistence of “true story” after every single one of Barney’s farfetched tales, the show isn’t nearly as funny as it once was. You know when something gets turned into a classic meme that it will live to see the day of immense amounts of cringe. Don’t believe me? I’m so sorry: 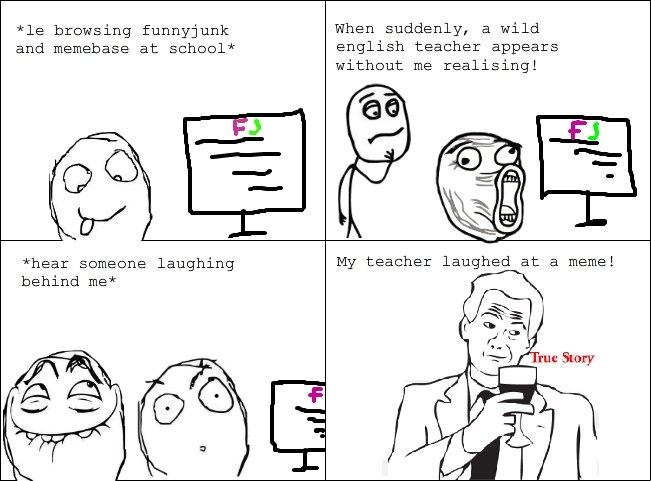 Makes you want to throw up, doesn’t it?

Yawn, is there anything more predictable than ANOTHER joke from Lily about her being married to Marshall? Or that she’s a MOM to a HUMAN CHILD?! 😂😂😂

Yup, there are a lot of episodes based around her being a teacher or an artist, but they just seem to fall short in the grand scheme of what everyone else is up to in the series.

Oh, apart from the times that she’s being a literal nut case

It’s a running joke that Lily manipulates situations and hatches great plans to the problems that the gang encounter, but sometimes it really goes too far. In season four, Ted discovers that Lily has manipulated every single one of his relationships with people that she personally doesn’t approve of, even having a part to play in his breakup with Robin. Pretty bad, no?

Or when Barney and Robin are uncertain about where their relationship is going and don’t feel ready to address it yet, she literally locks them in a room and forces them to have a conversation that they’re neither comfortable or ready to have. She’s that annoying friend that has to have things go her way, and if it means being downright manipulative then she’ll do it.

Robin, Barney and Ted are a toxic little love triangle

Fucking hell, there’s an entire essay in this alone. They’re always in each other’s business, it’s a surprise that they haven’t called it a day and officially broken out of their little group. Does Ted not register that most of his girlfriends have expressed discomfort with his weird relationship with her? I mean, Victoria even splits up with Ted because of Robin.

Or when Robin is due to get married to Barney, she gets weirdly close to Ted. And what’s weirder, he just decides he’s done with being so close to her, so rather than try and break out slowly, he decides to pack his bags and move all the way to chicago the day after their wedding instead. Not dramatic or anything.

Barney and Robin cheat on their partners with each other

But Robin still goes back to Kevin, the man that she’s supposed to be really serious with. Cheating is not only commonplace in HIMYM, but is often expected to be funny.

Kevin’s overjoyed at this, so proposes to her

Later on down the line, Barney tricks Robin for ages into thinking that he loves someone else

All for a play in his little playbook, come the fuck on. Tricking someone who clearly loves you into thinking that you’re engaged to someone else, pushing them away before then revealing it was all a lie – what’s the point? Predictably, Robin is initially upset.

But as soon as he whips a ring out, she’s happy again like nothing happened

And that’s on a weak sense of self 💅 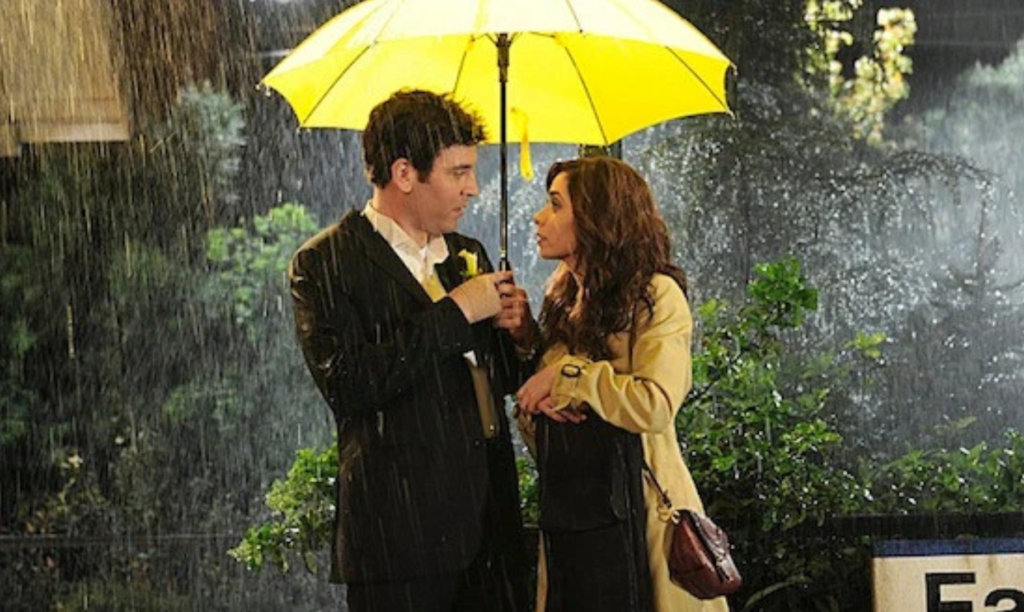 The irony of her hating someone who is so overwhelmingly positive isn’t lost on the audience, but Patrice is a coworker who ends up going out of her way to play along with Barney to surprise her for the engagement, regardless of how stupid the plan was. She is always pleasant, and it gets tiring hearing Robin’s incessant screaming at her.

All of Ted’s girlfriends call his friendship with Robin weird, and that’s because it is

Friends with your ex can work (maybe), but going for drinks with them every single day? Bore off.

Barney and Marshall text Ted from an anonymous number tricking him into thinking he’s talking to a girl he went on a date with. Isn’t this just all kinds of fucked up, not to mention embarrassing for Ted? This was some serious year 7 sleepover bullshit.

The whole slap bet thing is so fucking boring

First off, who even remembers to do stuff like this over the course of years? Secondly, you’re a liar if you didn’t skip these episodes.

Some of the writing is questionable at best

A place called Dowisetrepla because it’s DOWn WInd of the SEwage TREatment PLAnt? Corny. Ted getting hit by a car, then barney getting hit by a bus the same day? Improbable. The fact that women actually fall for some of Barney’s ruses? Pshhh.

The characters have an infinite amount of money, time and resources to do anything

What do you do when you’re upset about being the subject of a film that portrays you negatively? Buy a random house on the outskirts of New York, of course!

Robin is a literal criminal, having an assault case and mandated therapy

She beat someone up – this is FUNNY though.

And for that matter, Lily is a thief as well as Ted

The Captain’s priceless crystal ashtray? The blue french horn? What if the owner of the restaurant got given that by their dead mother and it was the last physical item they had left? I mean, probably not, but still.

The series finale is way too busy

I mean holy fuck, how many new developments can you shoehorn into one episode?

Barney and Robin divorce. Barney gets a child from a one-night stand. Marshall becomes a judge. He has three children with Lily. Robin becomes a famous news anchor. Ted’s wife dies. Ted ends up with Robin. URGH.

And the ending was the biggest disappointment in television history

Here’s an idea, let’s literally name a series after a person, before only allowing them to be in one season before killing them off anyway. We could’ve guessed that Ted and Robin should’ve always been together, but did it really need to be decided this late, and after such uniquely stupid circumstances? And then his kids are just like “yeah, mum’s dead but get with your ex that you’ve always had a problematic relationship with” lol.

There was so much backlash that an alternate ending was put together and released on the DVD without the final scene, and I completely get it. How I Met Your Mother, you were great for many reasons, but you were so flawed.