Have you ever pretended to be happy when you’re not? Scrolled through Instagram and seen nothing but happy faces, picturesque scenes and ideal lifestyles? Or seen a friend post a holiday picture when you know full well they’re at home stressed and anxious over something? In a nutshell, that is toxic positivity. And it’s ruining our lives.

A lot of us feel pressure to come across as though we are living our best lives. And I’m not saying everyone who says they are happy is actually not, or people who try to push “positive vibes” onto you don’t have your best interests at heart – but covering up your true feelings with layers of fake happiness is really not it. 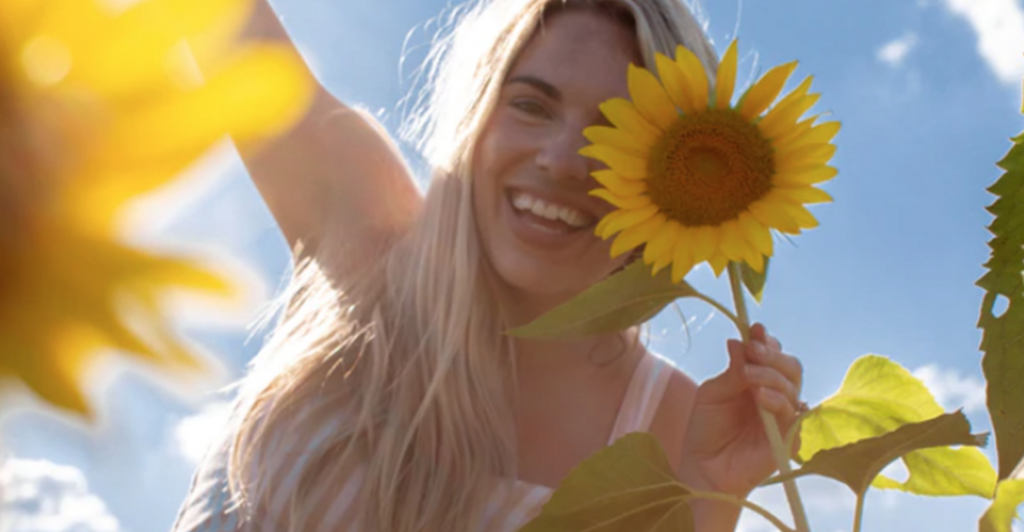 What is toxic positivity?

The phrase toxic positivity is the culture of portraying yourself as being happy no matter what. You’re basically switched off to anything which might be viewed as negative. It’s also the idea of encouraging people to always see the bright side, and not open up about anything bad.

Some people actively know they have virtual blinkers on to negativity, whilst others are blissfully unaware of what they are doing. You could know you’re unhappy but want to portray yourself as being full of high spirits, or you might not consciously be aware of your actions.

“Good vibes only”, “you’ll be fine”, “it’s nothing” and “just smile!” and peak examples of encouraging toxic positivity.

Take Charlotte Crosby from Geordie Shore for example. She portrays herself as wild and happy all the time because of the persona she has built herself up as having on the show. However, she has broken down in TV interviews over the pressure to keep this personality up and not feeling as though she can let anyone know when she’s feeling down.

A lot of us are guilty of it, or have experienced it before

“I feel like because I put out such a positive version of myself that is so like happy and carefree people often think that’s who I am and that I can take anything, because I’m happy and funny and confident. But also I feel like I have no allowances to be down, or quiet, or the person who doesn’t talk as much or doesn’t come out because of this toxic positivity that I feel like I have to stick to. It’s a personality I’ve carved out for myself and now other people see me as that, and to some extent I am that person, but I feel boxed in when I’m not”, Madeline told The Tab.

And Madeline is not the only one. Others have created entire personas they find difficult to live down. Sasha told The Tab: “I’ve been so bad for posting old pictures of me on holiday and stuff on social media when I’m actually curled in bed having the worst time of my life, just because I want to live up to this happy go lucky, always having fun persona I have online.”

And others can identify it in their friends. Laura says she has a friend who struggles with her mental health, but is completely different on public social media. She told the Tab: “Every single day my friend will post at least three quotes on Insta and captions all her pictures ‘happy vibes’ and that kind of thing. On exactly the same day I’ll receive Snapchats from her crying.” Rosie added: “My best friend constantly reminds me that she hasn’t cried in like three years and is able to push everything to the back of her mind and not let it bother her, it does my head in because it makes me feel guilty for having emotions.”

There’s a fine line between support and toxic positivity

Obviously you should still support your friends and encourage them to be happy, but there’s a fine line as to when this turns toxic. Here is a graph which shows some ways to spread validation and hope shared by psychotherapist, Whitney Goodman.

Here are some positive sayings I found on Pinterest. Alone, they’re pretty benign. But for someone who is really struggling they can sting. I translated them into some different variations that I think still inspire hope, but are validating. What do you think?

Whitney suggests switching out phrases such as “just be happy”, “see the good in everything” and “good vibes only” for a more realistic approach. This includes being aware of negativity in situations but offering up ways to overcome it and discuss it instead of straight forward dismissal.

Why do we do it and why is it a problem?

You might have built your entire personality around being the happy one in your group. ‘You never see them without a smile’ is how people view you – so it doesn’t seem right for you to ever have a down day or admit you aren’t actually happy. Or you might simply want everyone to think your life is amazing. If you’re guilty of encouraging toxic positivity you probably just want to help a mate but don’t know what to say.

Toxic positivity is a problem because sitting on your issues and ignoring them is never a good thing. It makes them escalate, and you never address what makes you unhappy. A study has found that accepting and not rejecting our negative emotions actually helps us better defuse them and leads to fewer negative emotions over time. This in turn causes better overall psychological health. A study published in the journal Emotion found chasing happiness can cause us to obsess over any not-happy feelings, bringing us more unhappiness overall.

• These are the signs you’re experiencing millennial burnout