Every year Love Island has a few surprises. This may be finding out the most beautiful or henchest Islanders are only 20 years old, that they are sitting on a multi-million pound fortune, or – best of all – that they secretly have even fitter siblings back at home.

And the winter Love Island siblings this year are no exception. Mike Boateng has some seriously good genes, and Sophie’s sister is Rochelle Humes!!

Mike Boateng has identical twin brothers, called Andrew and Samuel. This is a family truly blessed with good looks. 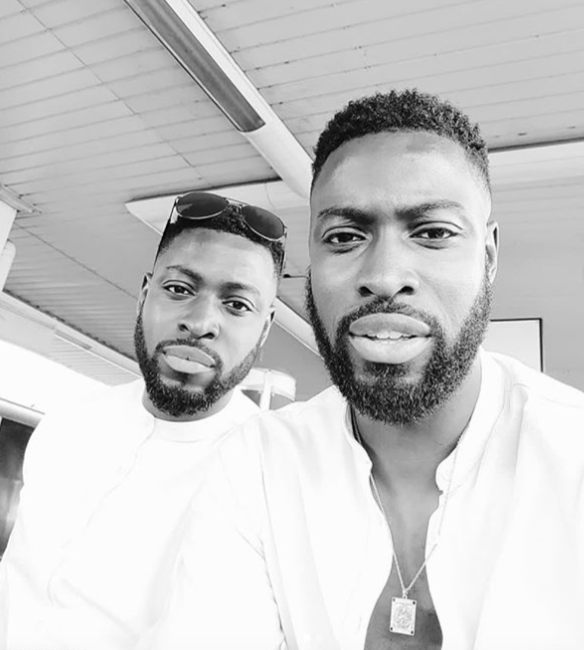 Samuel (on the left), was on The Apprentice in 2016. He made it all the way to week 11 before Lord Sugar fired him. 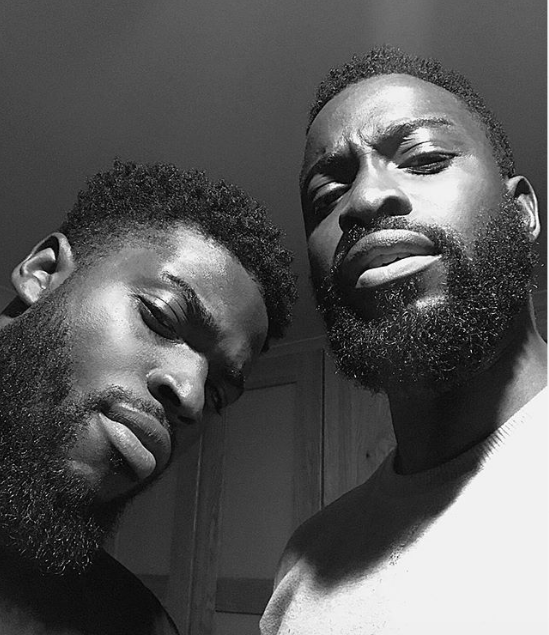 A picture uploaded by Mike in 2018 is captioned ‘The Boateng 5’. Unconfirmed, but could the two girls named Emma Boateng and Adwoa Priscilla be his sisters too?

Siânnise has a massive family. She has two sisters called Amber and Shanade, and two brothers called Kai and Jake.

Shanade is a stylist at Toni & Guy in Bristol, as well as a model. 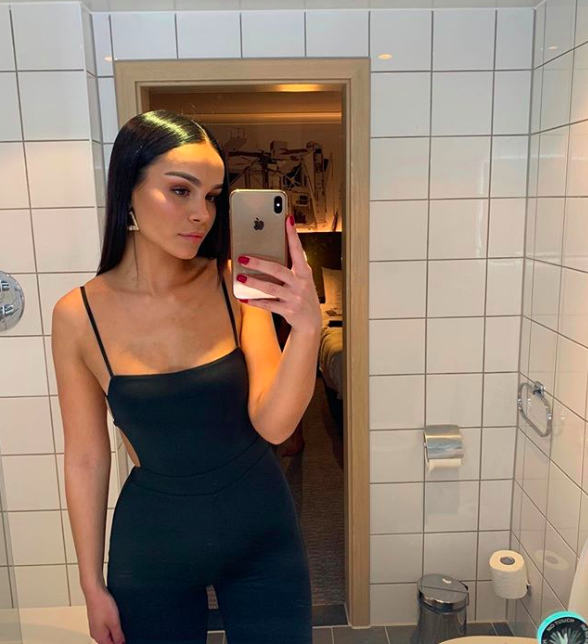 Amber and Shanade are currently running Siânnise’s Instagram whilst she is in the Love Island villa. 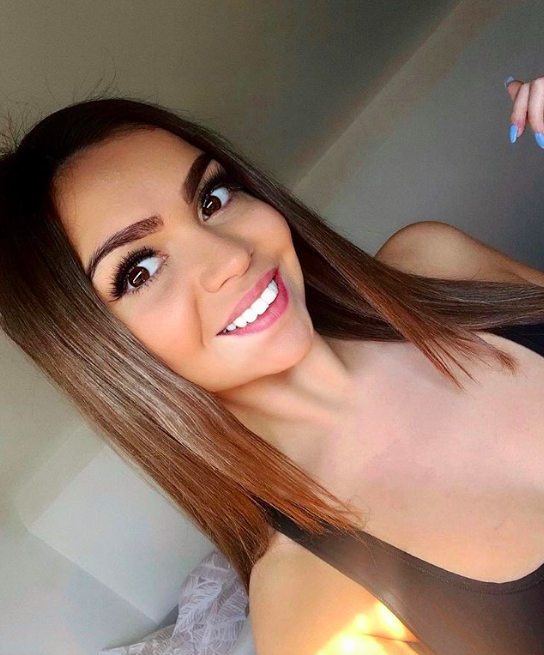 Jake is 20 years old, so five years younger than Siânnise. 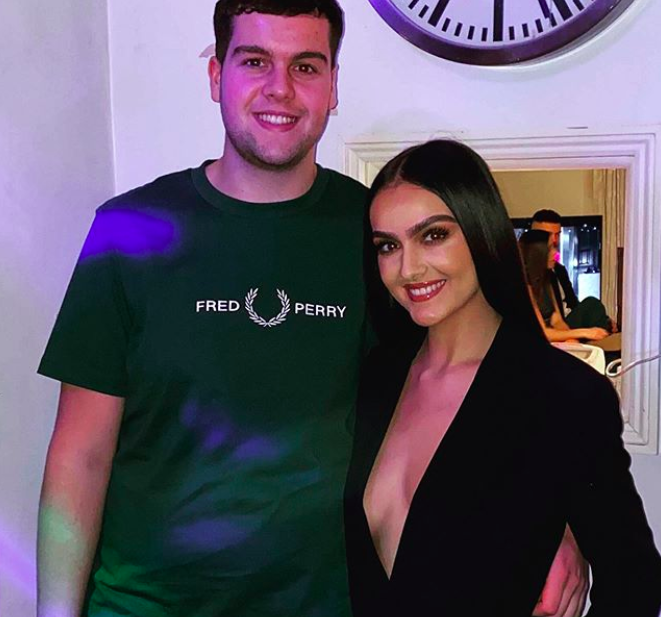 Kai Fudge looks like the youngest sibling in the Fudge crew. From his Insta, he plays a lot of rugby. 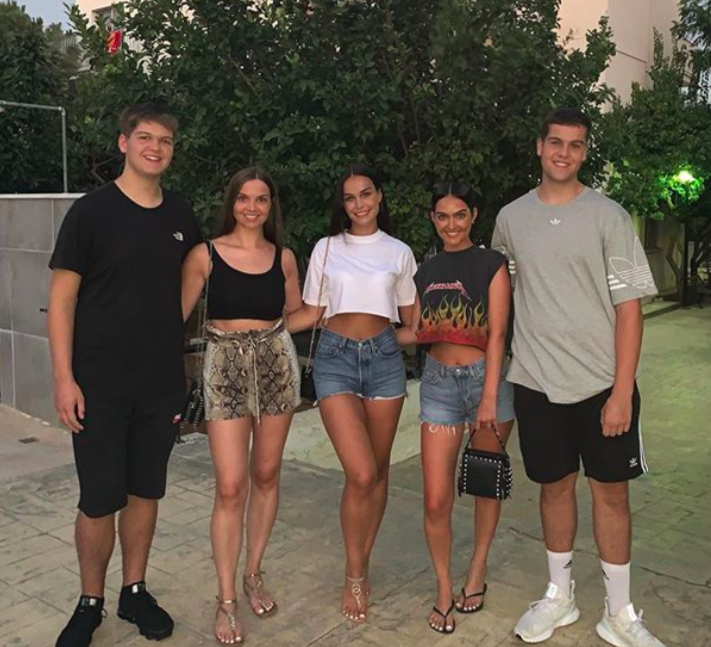 It was revealed Rochelle, Sophie and Jake had a half-sister called Lili, who they only recently reunited with.

Love Island’s Kem Cetinay reunited Rochelle with her half sister Lili, thanks to Kem being good friends with Lili. They hadn’t seen each other in 23 years.

Rochelle Humes obv doesn’t need any introduction. She was in S Club Juniors and The Saturdays. 30-year-old Rochelle Humes is now a presenter, and is married to JLS’ Marvin Humes. 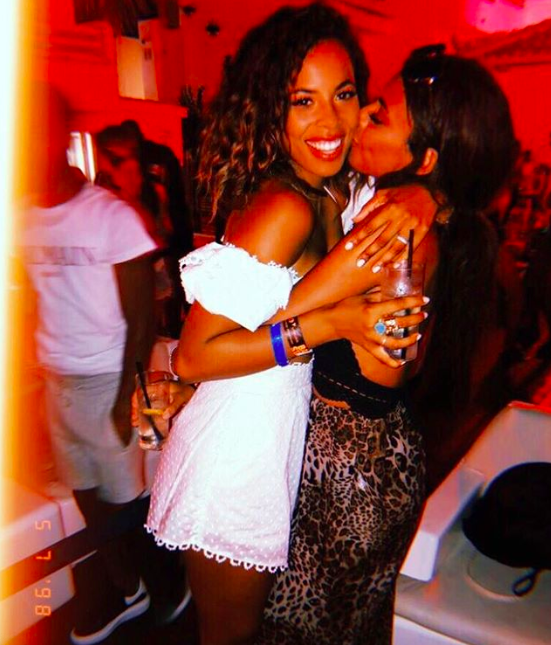 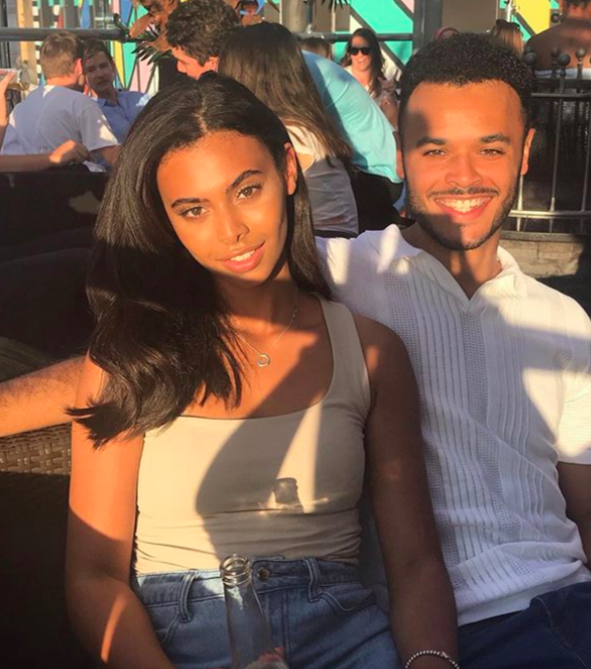 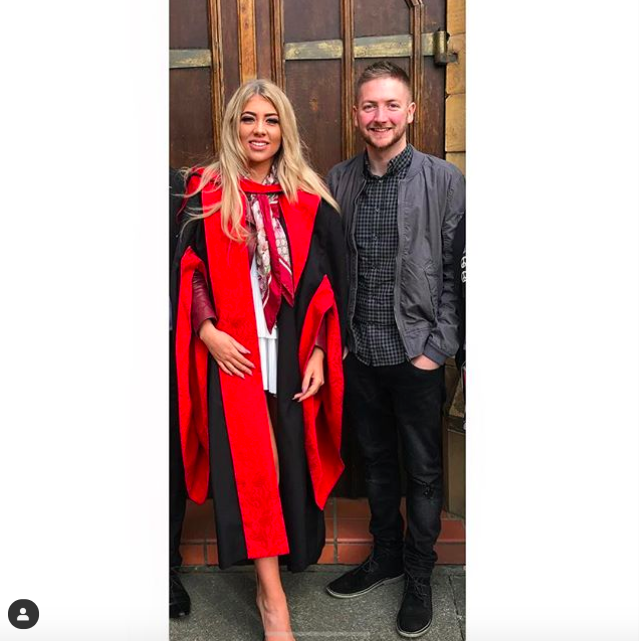 Marc is currently running her Instagram. In an interview with The Face, Marc described her as “last minute .com”, adding the only reason he was running her Instagram account whilst she’s in the Love Island villa was because she “most likely never got around to asking anyone else”. 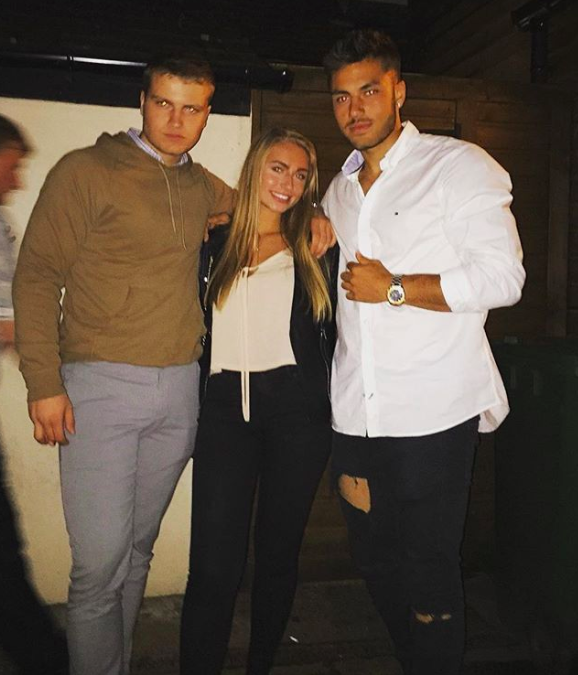 It’s unconfirmed whether Ollie is definitely Fin’s brother. It could be his cousin. If it is his bro, Ollie’s Insta is private. Ollie has been tagged in several family shots with Finley. 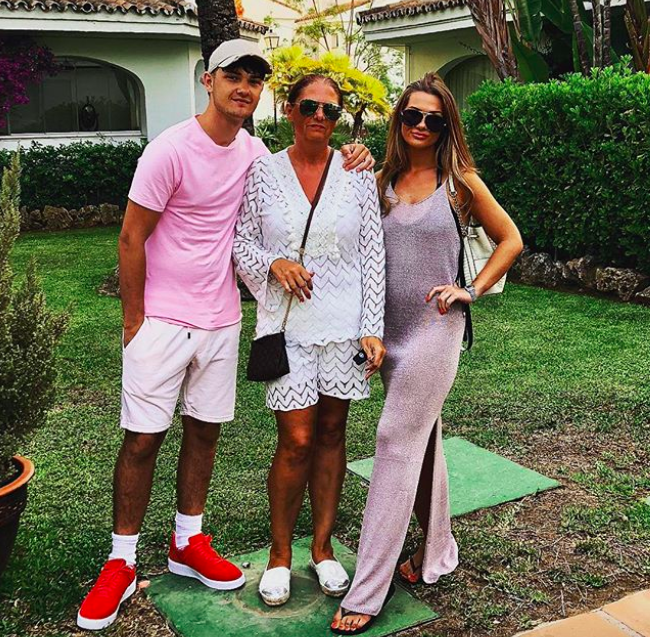 From her Instagram, it seems Shaughna has one brother. Like her Love Island partner, her brother is also called Callum.

He looks a few years younger than her, and doesn’t appear to have Instagram. 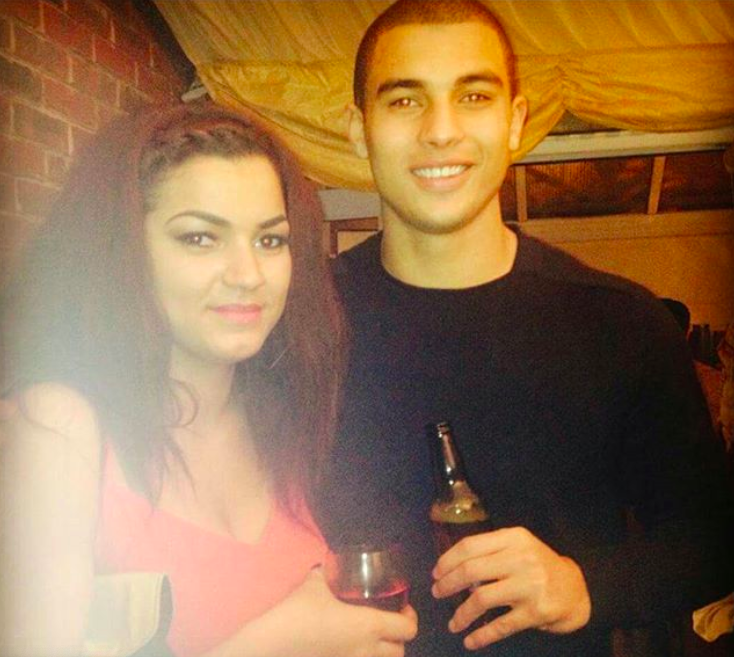 Connagh has a 24-year-old sister called Elinor. Like Shaughna’s brother, she does not appear to have Instagram.

From his Instagram, it looks like Nas has one sister. She appears in pics of Nas at graduation, and in a holiday snap in Morocco. 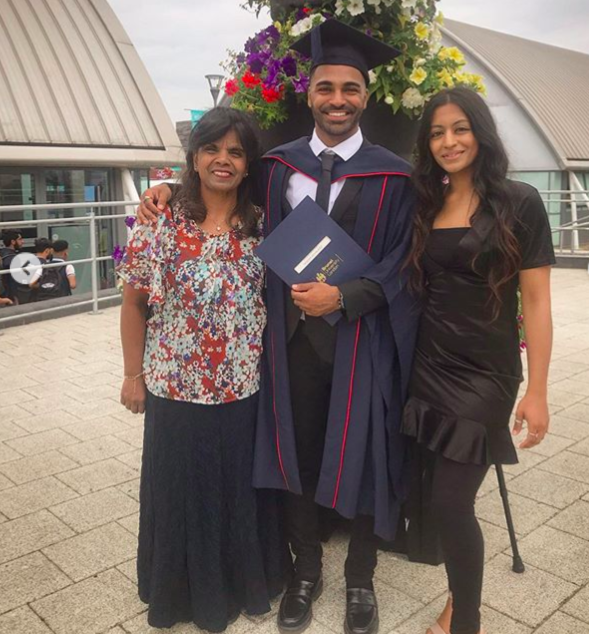 If it is his sis, she looks like she could be older than him, seeing as Nas is only 21. 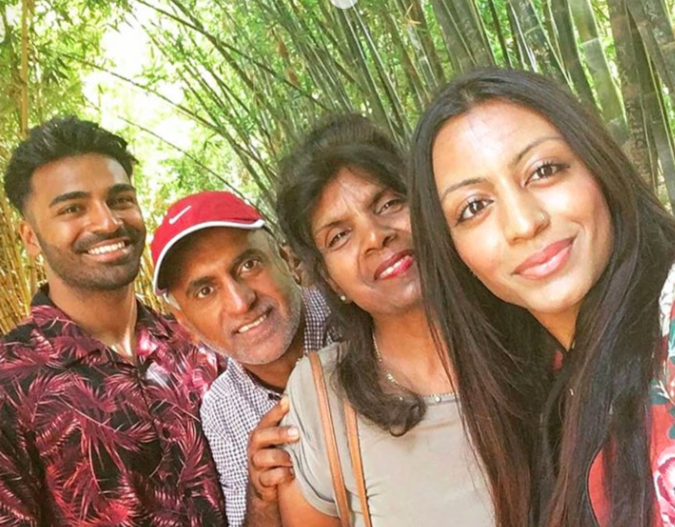 • Love Island ages: This is how old all of the 2020 Love Islanders are