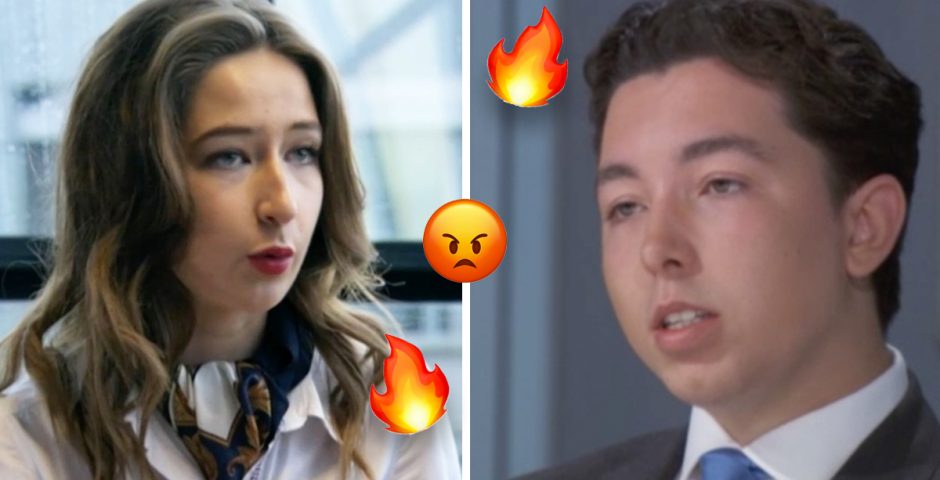 ‘A lot has gone down’

It looks like Lottie Lion and Ryan-Mark Parsons from The Apprentice are no longer besties and have had a huge falling out.

The pair were close friends when they were both still candidates on the show, so much so that there were rumours they were dating. Of course, they weren’t. But now they’re caught up in a Twitter row and it’s clear Ryan-Mark isn’t backing her to win the show anymore.

This is the most cringe thing I’ve ever seen in my whole life… could you scream “I just went on the telly to be famous“ any louder. Poor form. these people give the real Apprentice candidates a bad name. I mean the ones that actually run businesses! pic.twitter.com/SK0Jzx1T3W

Ryan-Mark snapped back at the retweet, saying: “Ah @LottieLion1 gets annoyed when she isn’t a story. If she isn’t making a headline for racist accusation, she likes to demonise others. Shameful human #TheApprentice.”

Strong words from someone who used to be a close friend. Ryan-Mark was referencing when at the beginning of the show Librarian Lottie was investigated by the BBC following complaints after she told Lubna to “shut up Gandhi” and threatened to “fucking knock her out”.

But it doesn’t stop there. Lottie fired back: “I don’t enjoy being in stories, the majority of them have been very poor of me. It’s just very interesting to see who goes onto the programme for business and who does for fame. I am not demonising you, I just question your intentions for being on the show.”

To which Ryan-Mark epically replied saying: “Darling. The whole house knew of your intentions. So much has been held back. Anyway, off to Harrods. Enjoy the school library x”.

Darling. The whole house knew of your intentions. So much has been held back. Anyway, off to Harrods. Enjoy the school library xhttps://t.co/nvnLKoUVFB #TheApprentice https://t.co/lf5bzqflur

Lottie then responded saying: “You pranced about, & the world LOVED you but I’m genuinely there for business. I’ve had two enterprises myself (small ones) and my current venture which is taking off. Stop being so jealous, it screams poor loser.

“Also, I’ll go back to my library, you go back to Harrods where you superficially swan around pretending you can afford anything there. I work for what I have, mummy & daddy didn’t hand anything to me. Don’t talk so down on people it’s disgusting.”

And don’t think Ryan-Mark was going to take that lightly. He replied: “Ah yes! Like when you said Lord Sugar knew your father (vehemently denied). Well in that case, I’m sure you’ll smash the interviews! Best of luck x”.

Lottie replied: “They had done business, Lord Sugar spoke at an event my father organised, they had never met in person. Again, don’t be so bitter. I shall move on in my life and focus on what’s important. I hope you do too. “Go back” to McDonald’s with your poses knife and fork.”

Ryan-Mark then tweeted a screenshot of Lord Sugar confirming rumours he knew Lottie Lion’s father had been a lie.

Honestly, wish you well for the next stage x If that fails, you can always make business from charging late fees on books #TheApprentice https://t.co/1h2OOyVCd1 pic.twitter.com/NbQSEtxrpM

Lubna faced Lottie again when rumours Lottie and Ryan-Mark were dating surfaced. Lubna replied to the rumours saying: “Lolzz you guys are jokers” and Lottie replied saying: “Stop trying to stay relevant.” Lubna then responded again saying: “You don’t sound like someone who regrets making racist comments. Too bad you don’t learn from your mistakes. Good luck in your new publicity stunt.” 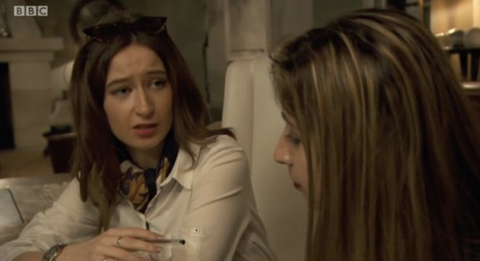 Lottie and Lubna clearly didn’t get on

Ryan-Mark confirmed to The Tab that “a lot has gone down” between the two of them, but when approached for further comment his management said they “didn’t want to fuel” the ongoing argument. ?

Dean Ahmad, who was fired from the show last night, has also wade in on the drama. He called Lottie “a nightmare” and added: “I think the viewers can make their own judgement on her. You’ve got four out of five candidates with business acumen but I think it’s quite obvious that some people are on the show for other reasons potentially.”

• A tribute to Ryan-Mark: The Apprentice King who was gone too soon