These are the most successful Apprentice contestants, ever

Where are they now?

Iconic Apprentice contestants are easy to remember. Who can forget when Solomon handed in pictures of boats as his business plan? Or when Jason was awful at every task but managed to charm people into buying loads of camper vans one episode? Or Pants man? Or Kurran from last year who found everything OuTraGeOus??

Tim Campbell, The Apprentice winner in 2005

Tim Campbell was the first ever winner of The Apprentice in 2005. He was hired by Lord Sugar, joining Amstrad on a 100k salary. He became Project Director in the new Health and Beauty division.

In 2012, he was made a Member of the Most Excellent Order of the British Empire (MBE) for Services to Enterprise Culture. He's now running a digital marketing agency in London.

Saira Khan, The Apprentice runner up in 2005

Ahh my first day back @loosewomen today and I looked in the mirror and didn’t recognise myself! Throughout the summer hols I’ve hardly worn makeup and then today the big guns @makeupcouk and @donnamaymakeup used their magic tricks to make me look TV ready! It was nice to get my TV face on again – I’d forgotten how much I love a red lip ?#lovemakeup #glamsquad #makeup

Saira Khan was the runner up in 2005 and has gone on to do more TV work since then. She co-presented The Martin Lewis Money Show in 2015 and is currently a panelist on Loose Women.

Michelle Dewberry, The Apprentice winner in 2006

Michelle was the first female winner on The Apprentice. She worked for Lord Sugar when she finished, but left nine months in her 12 month contract to start out a consultancy agency.

She stood as an independent pro-Brexit candidate in the 2017 snap election, coming fourth out of seven candidates.

She also wrote an autobiography called "Anything Is Possible."

Michelle now describes herself as a TV Girl, author and business woman. She's a presenter on The Pledge, a debating show on Sky News.

Katie Hopkins' "success" has been made out of her hating absolutely everyone and everything. But a lot of people don't know that she started off her career on The Apprentice. 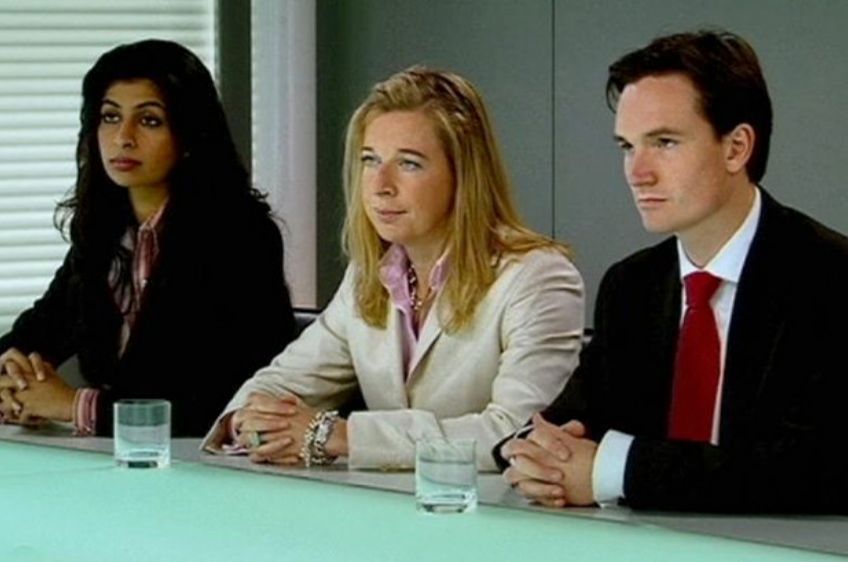 She's now a presenter on the talk radio station LBC and has had various columns and articles published in The Sun and The Daily Mail. She's been the centre of many controversies, specifically regarding race, migrants, obesity, social class and Brexit.

Tom Pellereau, The Apprentice winner in 2011

Inventor Tom is arguably one of the most successful Apprentice contestants in history. He has invented products such as StylPto, Stylfile and Nipper Clipper. All stocked by major British stores.

Leah Totton, The Apprentice winner in 2013

Leah won the 2013 series of The Apprentice with a business plan to open a cosmetic clinic chain named Dr Leah Clinics. The business was a success and in 2018, Leah made her first million. Her business may be a success but Dr Leah has remained committed to the NHS and works part-time as an A&E doctor.

Her business has gone on to win multiple awards, including "Best Clinic London" in 2017.

Sarah Lynn, The Apprentice winner in 2017

Sarah's Apprentice win in 2017 meant that she could invest into her confectionary business. Her sweets can now be found in Harrods, Picture House cinemas, Selfridges and on moonpig.com.

What a complete privilege to meet @angusthirlwell today at @breadjamfest and speak on the same stage as him this afternoon. Hearing about his @hotelchocolat journey was inspirational and I have @lord_sugar to thank for giving me the opportunity to try and build a business as amazing over the years to come #inspo #breadandjam #hotelchocolat #sweetsinthecity

Sian Gabbidon, The Apprentice winner in 2018

The 2018 Apprentice winner owns a swimwear brand which has been worn by celebs like Olivia Attwood and Hayley Hughes. She won a 250k investment from Lord Sugar into her swimwear business.

Here’s me just before hosting the @nationalrealitytvawards last night wearing a BRAND NEW piece from my partywear collection – AVAILABLE NOW! Head to my story RIGHT NOW ?

• These 21 memes prove Thomas is the best thing to happen to The Apprentice, ever