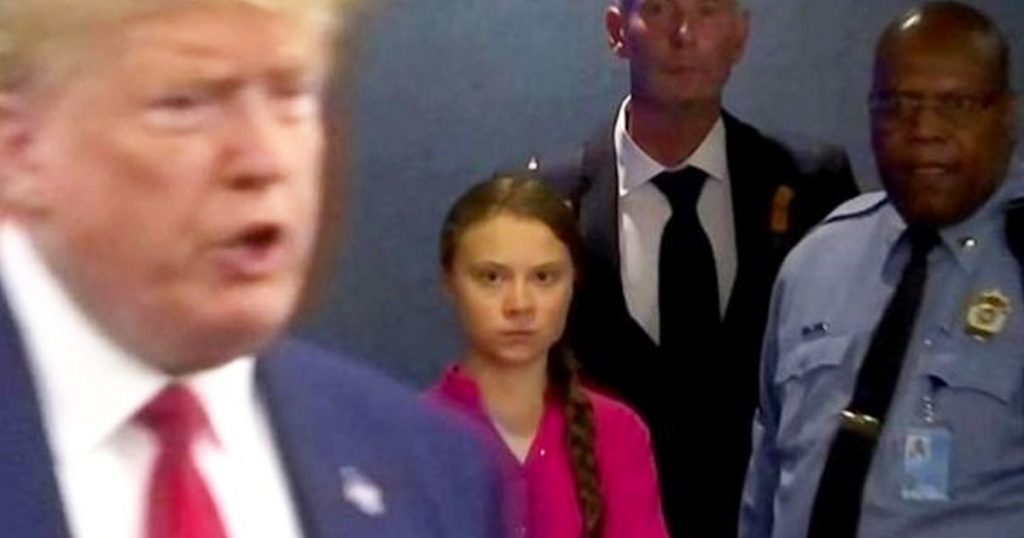 These 23 Greta Thunberg memes will take your mind off our burning planet!

Nothing is safe from becoming a meme now

On Monday it was the Climate Action Summit in New York City. One of the many speeches at the event came from 16-year-old climate activist, Greta Thunberg. Her speech struck a cord with people all around the world. Then the internet erupted with Greta Thunberg memes – proving nothing is truly sacred anymore.

In her speech she told world leaders it was "wrong" that she was even stood up there and told them "how dare you" look upon the youth for hope. That, along with the iconic death stare she gave Donald Trump as they arrived at the UN climate summit, has become subject of a flurry of memes.

On one hand, Greta Thunberg might be too young and pure to be the subject of memes. But at least now she can add meme muse to her already glowing CV. This might not provide any sort of solution to the climate crisis, but at least we can laugh.

This is like a clip from a special episode of The Office where everyone dies from climate change pic.twitter.com/Q0aAxXmrDn

4. IT REALLY DOES THOUGH

i’m sorry but why does this look like a scene from brooklyn 99 https://t.co/R8ZTKpFFEH

5. FFS mum it's one chocolate bar

When mom catches me sneaking a Mars Bar in the basket and says I have to put it back. pic.twitter.com/eC9QFuKfmg 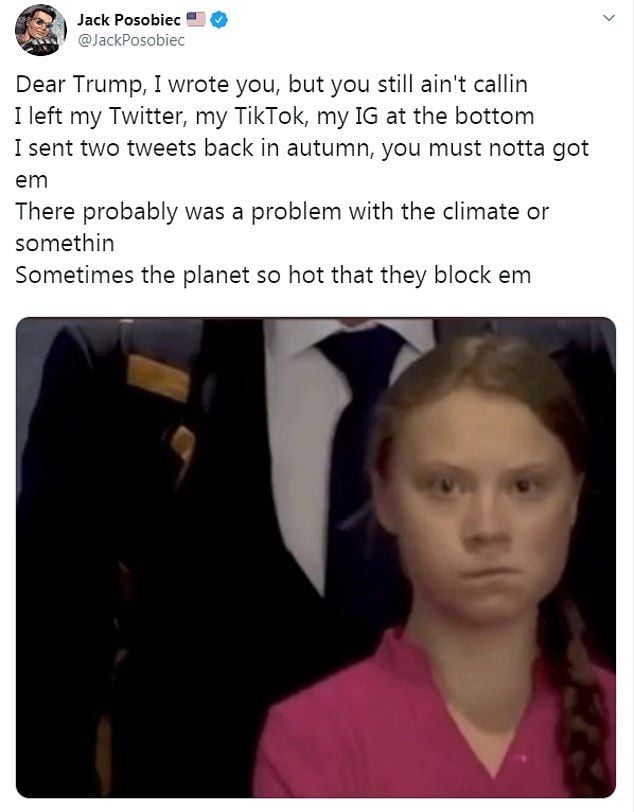 Here’s what happened when Trump and Greta Thunberg were in the same room at the UN pic.twitter.com/IzSZxzze0N

9. They will never get it

We are all Greta.

baby boomers waiting to insult a child on twitter: pic.twitter.com/AZg9O78Nwy

Bless whoever got this footage of Greta Thunberg eyeing Trump pic.twitter.com/1XEjz7hyoG

Trump: “Climate change is a hoax.”

Greta Thunberg: “Entire ecosystems are collapsing. We are in the beginning of a mass extinction and all you can talk about is money & fairytales of eternal economic growth.”

That’s why Greta’s nominated for a Nobel Peace prize and Trump’s not.

@GretaThunberg will probably win a Nobel one of these days but in the meantime here's a meme. pic.twitter.com/FlW6CqEGy8

Greta Thunberg giving Donald Trump a death stare is the highlight of 2019 so far pic.twitter.com/J0ZGU6WgsQ

Has there ever been more of a death stare than this from Greta Thunberg to Donald Trump? ?#ClimateActionSummit pic.twitter.com/Juw9jNZA1C

19. This noise is slightly haunting

Greta Thunberg after Donald Trompa walked right past her pic.twitter.com/f7hn0oS5mA

Q: what's one thing Greta Thunberg has that Donald Trump doesn't?
A: any chance of winning a Nobel Peace Prize

When someone says they’re gonna swing by with some food and drinks and I get a call a couple hours later telling me I should just make my own plans because they forgot they had an appointment elsewhere. pic.twitter.com/WjjOrARsa8

Guess what, Greta Thunberg is an ACTIVIST. Young people like her are NOT brainwashed nor manipulated nor misguided. They are just doing what the youth are supposed to do – be the future’s hope.

For some additional context, here's the full video of Greta Thunberg's speech at the Climate Action Summit in New York City.

• The Sustainability League: Which uni is the most eco-friendly?