Love Island Gossip Column: Michael’s been ‘ARRESTED’ in a club?! And Lucie’s absolutely lost it

I’m really not sure the Islanders are ok

Lucie has officially lost the plot

A video of Lucie is doing the rounds online, and literally nobody can explain what she is doing. Watch it and try to explain to someone what you just saw. You can't.

what the fuck is lucie doing??? pic.twitter.com/HlTqcMStzD

There are even more pictures of Molly-Mae floating around the internet right now. These are newer ones from after Love Island, posted on Instagram by an MUA. And Molly-Mae looks completely different. 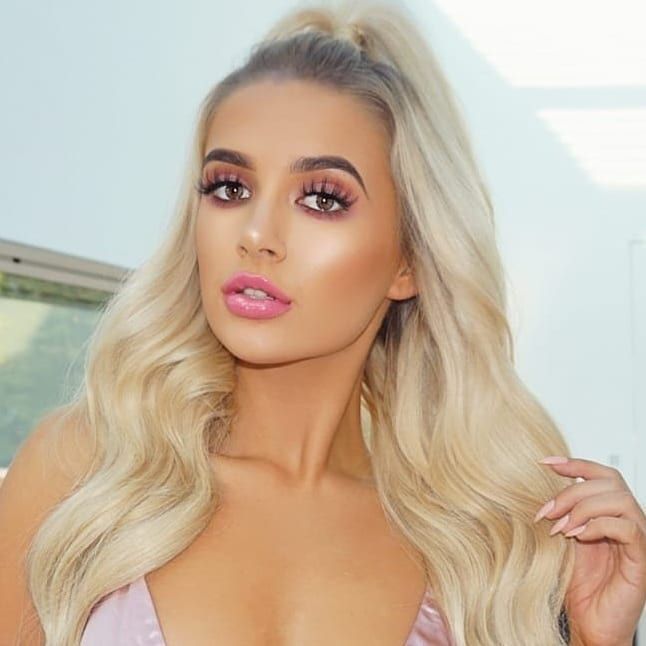 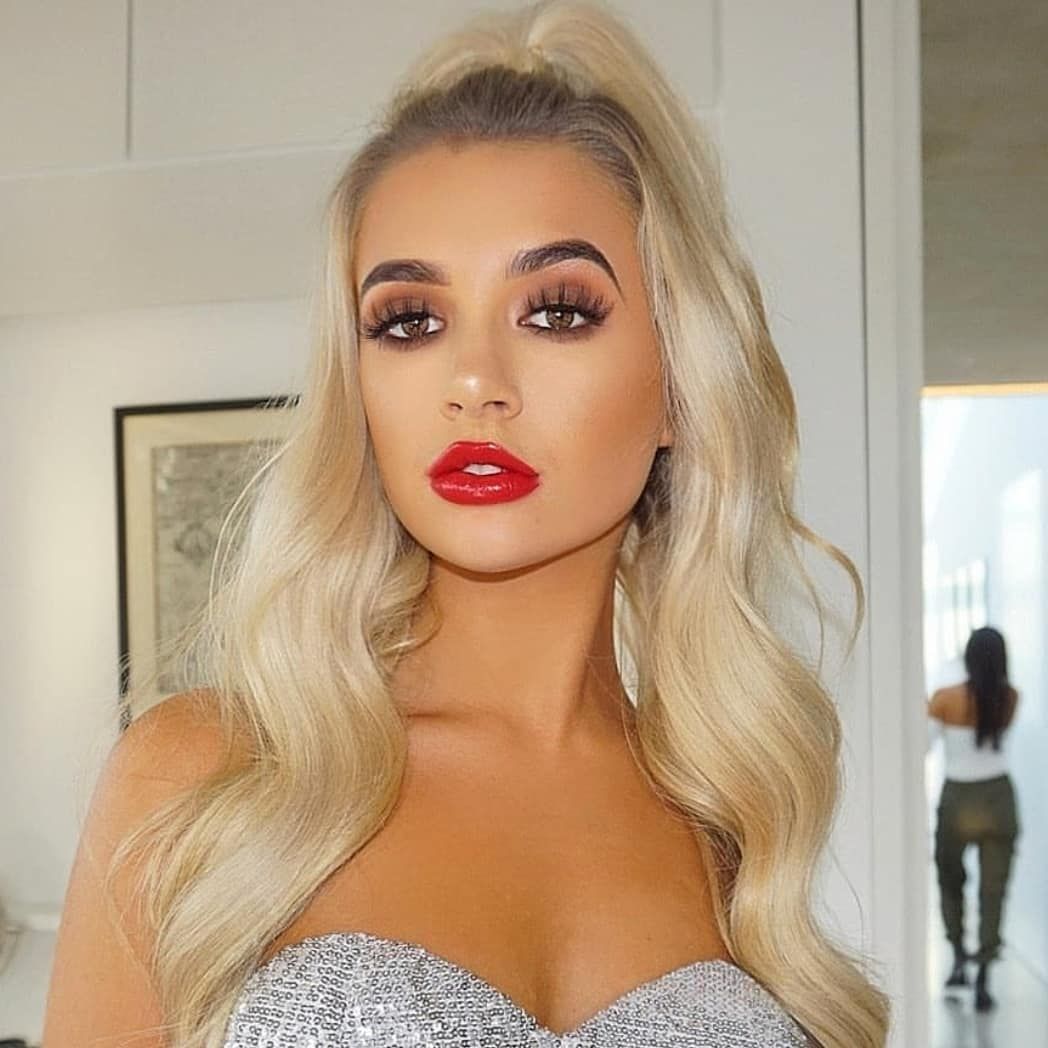 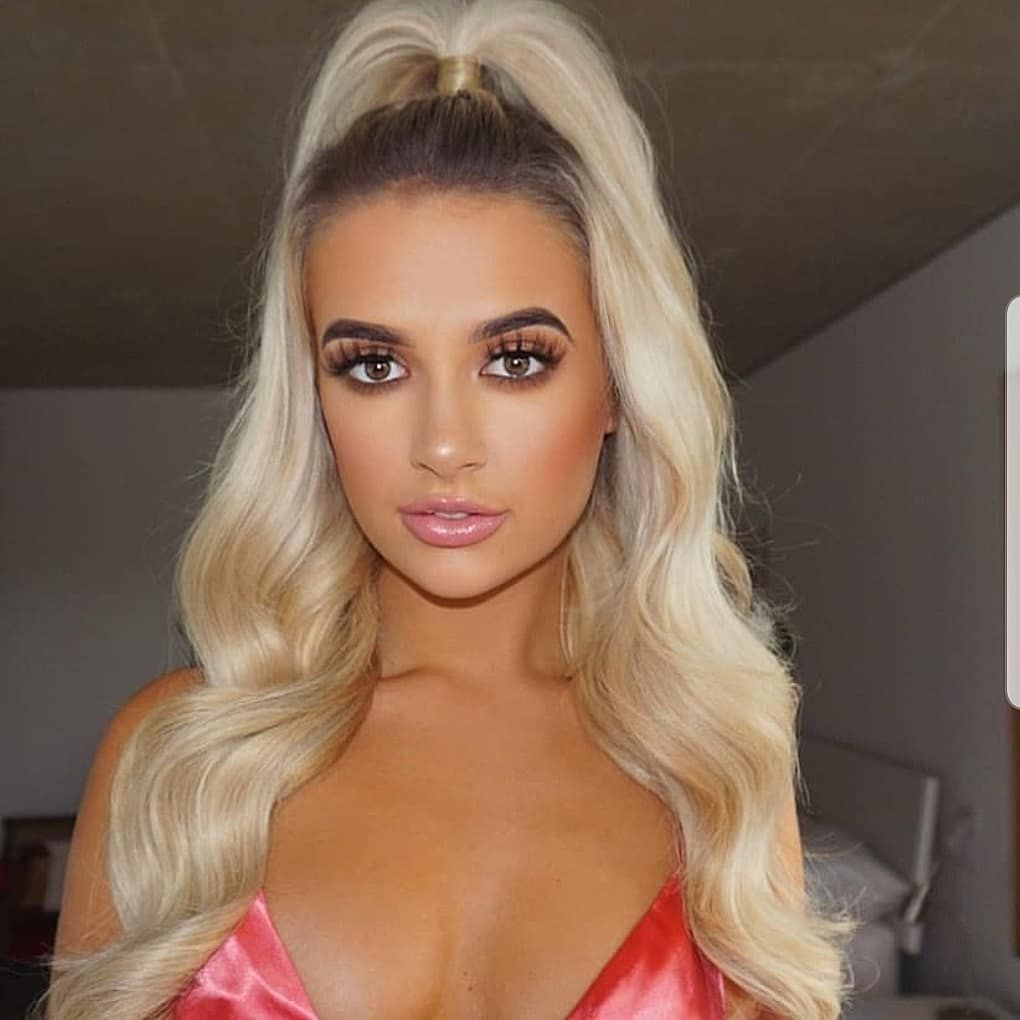 In the comments people are saying things like: "Who is this? I’m sure she is not Molly-Mae 🤔" and "Nah. Definitely not the same girl. Don’t know what you’re playing at Fern….😂". Either way, she looks good.

Dani Dyer has spoken about having therapy after Love Island

Dani Dyer was referred to a psychiatrist by Love Island after winning the show last year. In an interview with the Telegraph's Stella magazine, she said: “It can be very tough, but everyone is different in the way they handle things. I had several calls from the producers, checking if I was ok.

"And a few weeks after the show, when I felt overwhelmed and said I needed to speak to someone, they put me in touch with a psychiatrist."

Michael got ARRESTED at a club appearance???

Ok not quite, but close enough. Michael was at a club appearance at Cameo in Bournemouth last week, and after a "brawl" broke out he was cuffed by the police. 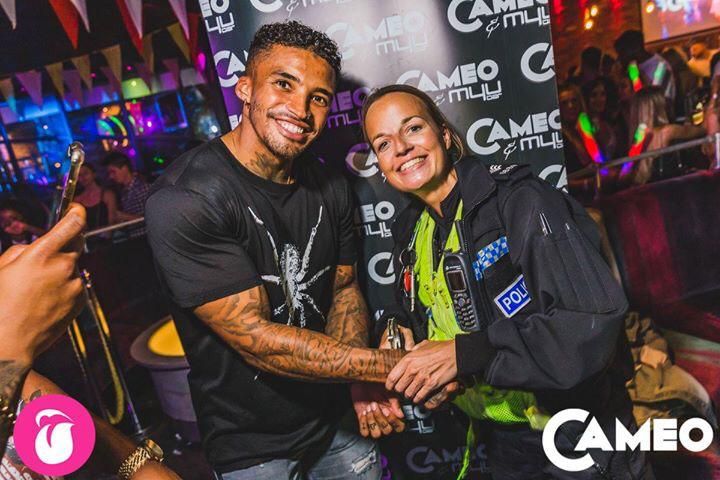 He posted on his Instagram story that fans in the crowd were "scrapping" and then around five police officers arrived to investigate. The officers posed for pictures with Michael and then fake arrested him and put him in handcuffs for being a "bad boy". 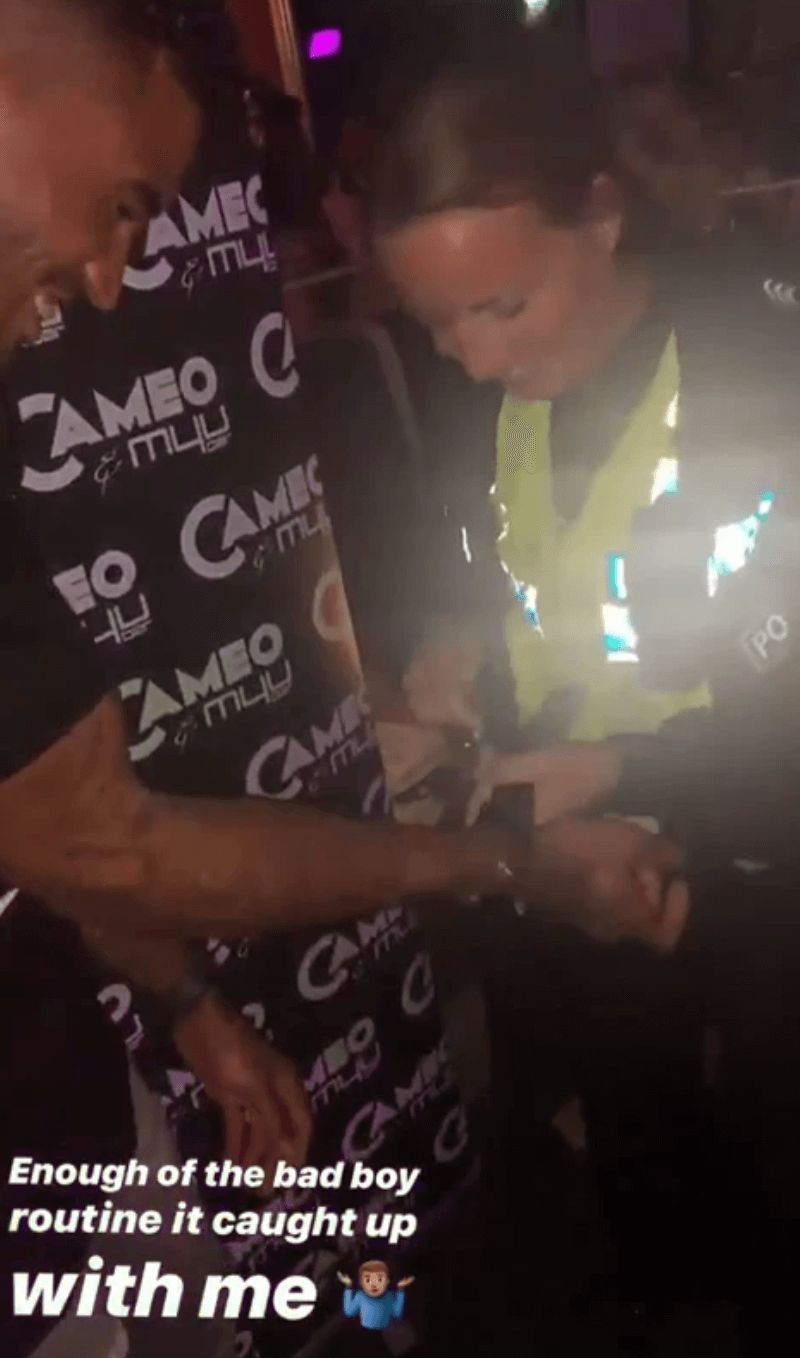 He later said on Instagram he was "let off with just a warning". His PAs so far have been wild.

Children paid £18 to meet Molly-Mae at a club night

No, seriously. This week Molly-Mae did a club appearance at Blazers nightclub in County Longford, Ireland. The event was a disco for under-18s only and the tickets were €20 (£18).

Apparently around 300 children attended, and Molly-Mae was chatting with them for an hour and a half. The kids had a blast.

Owner and director of the club Ross McKeon told the Irish Mirror: "The event went very well. We had a lot of kids in eager to see Molly-Mae.

"It was her first PA since she left the villa. She was greeting people, and she was really, really nice. She did a couple of hundred photos and the kids loved it."

And she's travelling by private jet to get there

Oh and Molly-Mae got to her Ireland club appearance by private jet!! Of course!!

SHY Aviation posted a picture of Molly-Mae on their Instagram with the caption: "Pssst, if you haven’t heard, one of Love Islands most fabulous contestants Molly Mae flew with us today. @mollymaehague it was an absolute pleasure to have you aboard, so glad you enjoyed your flight. ✈️" 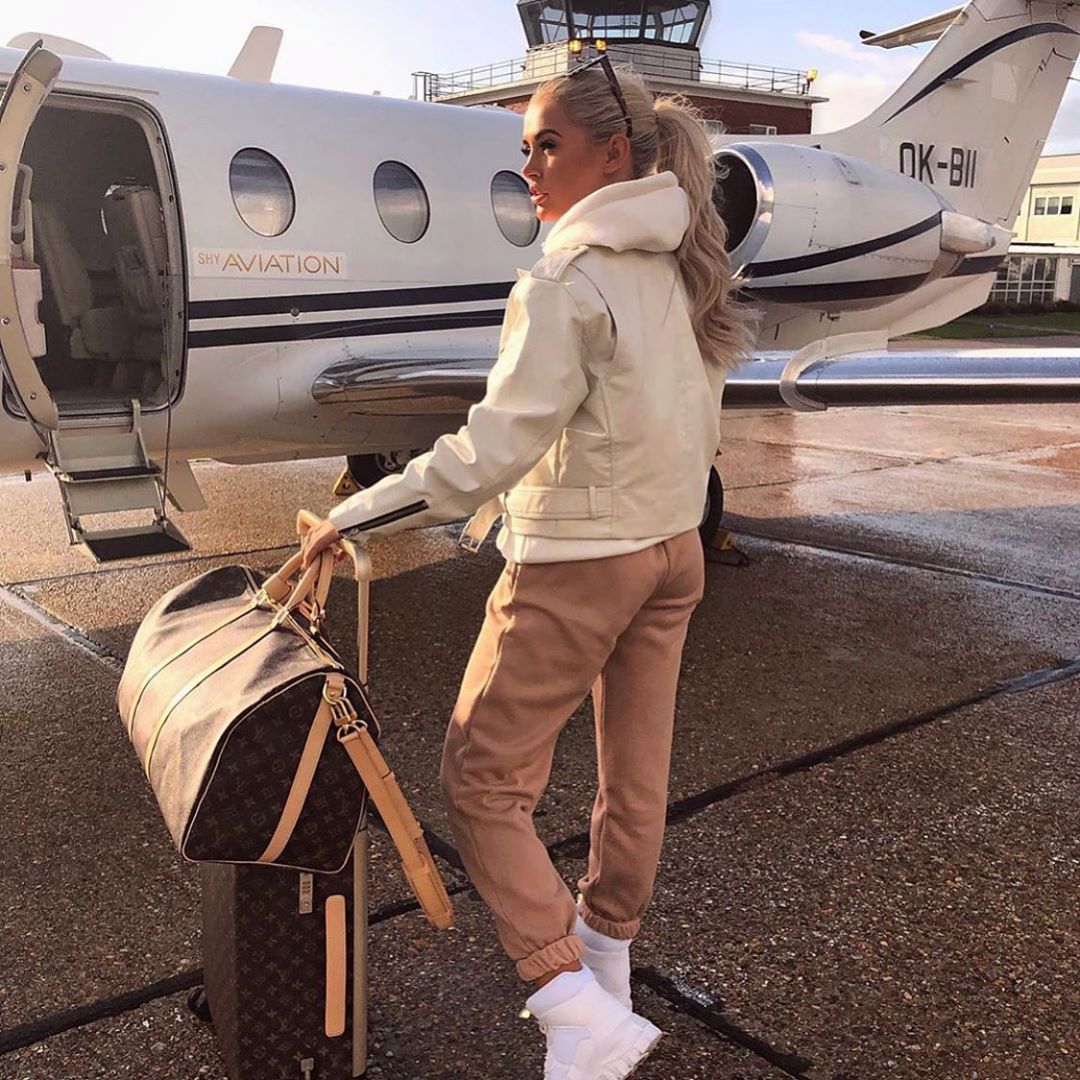 First she was staying in a £400 a night hotel, and now she's travelling by private jet. She really is embracing the millionaire lifestyle.

A bunch of the Islanders are living it up in Ibiza

Of course the whole thing is sponsored. This one by I Saw It First. The trip is all over all of their Instagrams. Think huge bottles of Cîroc, videos of the girls dancing, bikini pics and videos of them doing the salmon.

Check out some more of the pics:

Wes and Arabella are also holidaying in Ibiza

And new couple Wes and Arabella are also in Ibiza!!! It was revealed last week the pair are dating, and now they are on their first holiday together on the island.

Arabella posted a picture of them together after visiting a hydration clinic. 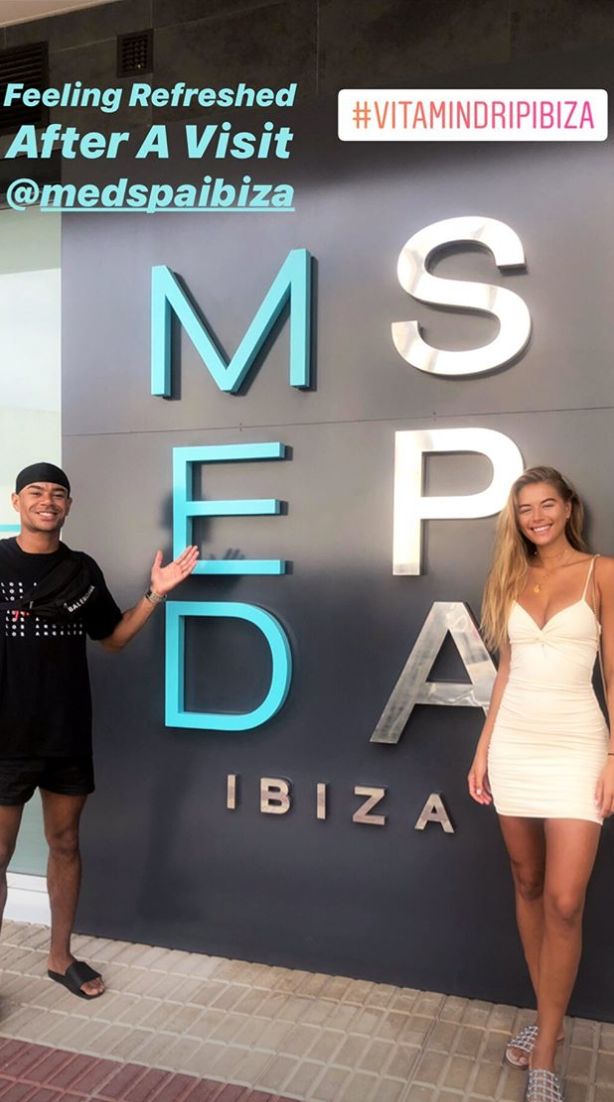 Today in Islanders Getting Trolled For Literally Everything They Do, it's Curtis. He innocently posted on Instagram a picture of him getting his makeup done while on the set of The Greatest Dancer. You know, like most people in showbiz do?

Loving my time @greatestdancer can’t wait for you all to see the talent that this show brings. Thanks for the support Bro @aj11ace #family #dance

But of course, people had their own opinions which they felt they HAD to share. One said: "Why tf is he wearing a full face of makeup" another said "Why are you wearing mascara and full set of make up 😂" whilst another comment read "You’re not helping yourself babe".

Amber has a spot on the Loose Women panel!!!

Amber has secured herself a spot on the Loose Women panel this Wednesday. Amber went on Loose Women with Greg earlier this month too, but now she will be appearing alone as a panellist. 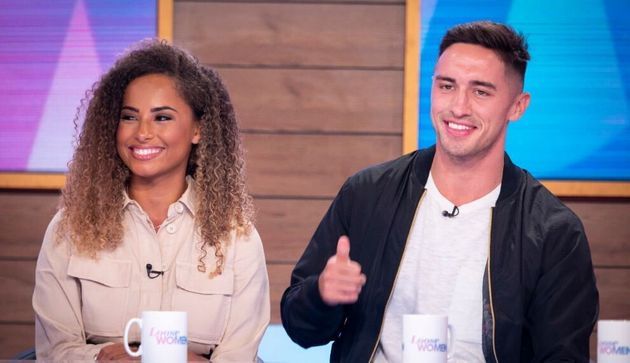 Amber and Greg on the show

Amber told the Mirror she had been "a fan of the show for ages" and is "super excited to be joining the Loose panel".

According to reports, if she is a hit the role could become more regular. Which could be a bit awkward because her Love Island co-star, Amy Hart, also appeared on the panel and was hoping her role would be made permanent too. Amy hasn't been on the show again since her first appearance.

How much the Islanders charge for birthday appearances has been revealed, and wow

If you have a spare 10k and want an Islander to show up at your birthday party you're in luck, because you can book the Islanders!! The amount the Islanders charge for birthday appearances has been revealed and wow, they really are rinsing it now.

Some highlights include: a hefty 10k for Tommy or Curtis, £3,000 to be graced by Lucie for just an hour or £5,000 for some banter and fun with Chris. If you're not that much of a big spender you can book George Rains for just £900, and he will pay for his own fuel!!

Love Island bosses have been warned not to film the 2020 winter version of the series in Cape Town over fears the location is too dangerous.

According to The Sun, Cape Town is the "murder capital" and there are 47 shootings there every single day. It reports the murder rate there has risen by 30 per cent over the last six years, and police officers patrol the streets with shotguns because of the violence.

If there's really going to be a winter #LoveIsland , is South Africa actually all that safe? I've only ever heard bad things.

Greg still wants to pursue his career as a lawyer

Greg is a University of Limerick law grad and he has said he still wants to use his degree, despite the opportunities Love Island might give him.

When he appeared on Loose Women with Amber he said: "So rugby is my first love and I also want to qualify as a solicitor, so that’s my life. And the only reason I got into the villa was because of that life."

Good for you, Greg.