A YouTuber has tricked influencers into promoting gravel on their Instagram accounts by telling them it was actually a piece of the moon.

Josh Pieters sent boxes of "pieces of the moon" to 40 influencers, most of which were cast members of Made in Chelsea. He posted the video of the prank on his YouTube channel.

He sent compliment slips, certificates of authenticity and a piece of gravel in a plastic container claiming to have been sent from the National Space Centre.

The gifts were supposedly sent to celebrate the 50th anniversary of the moon landing. 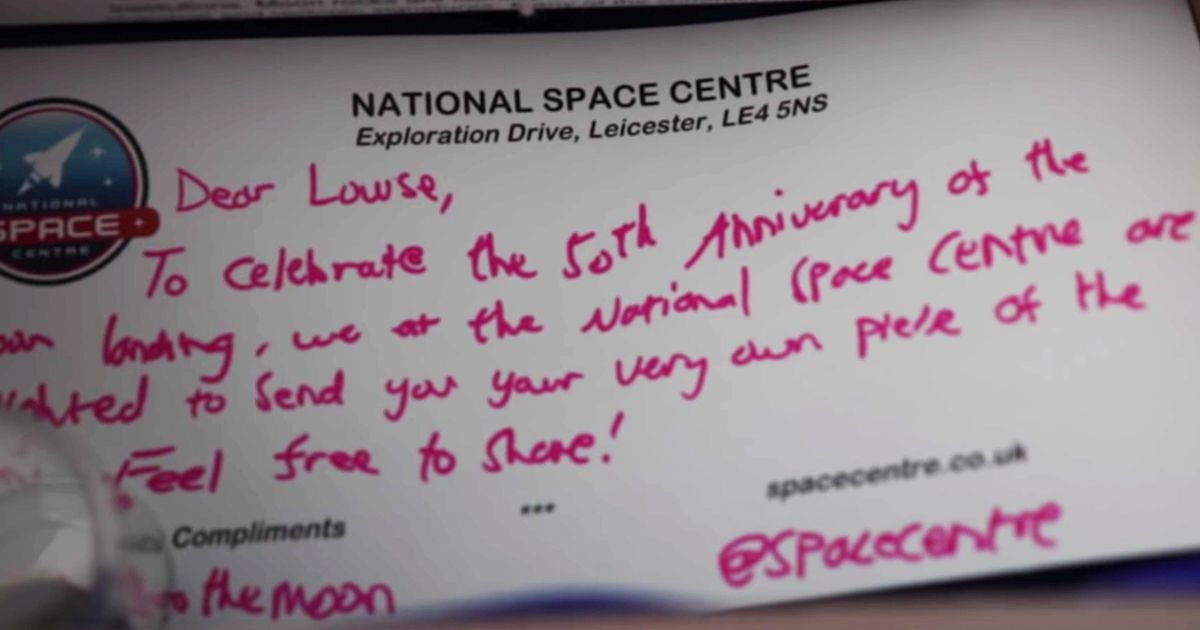 The slip sent to Louise Thompson

Louise Thompson is seen unboxing her "moon" and says: "As if this is from the moon!"

She then reads the letter on camera and adds: "This is the coolest thing I've ever recieved in my life. I need to film this in my YouTube video. I have the moon in a jar. MOOOON."

Harry Baron says: "This is genuinly the most awesome gift ever. Thank you Space Centre, cheers guys."

Sophie Habboo says: "This is probably one of the coolest things I've ever had. Wow." 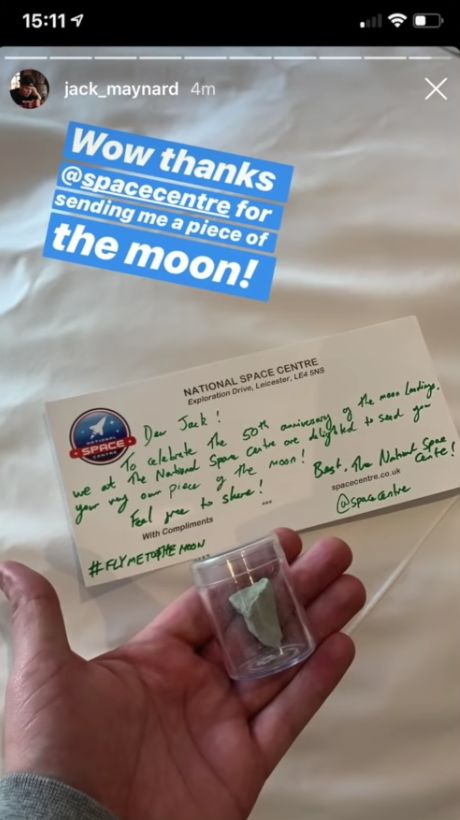 Other influencers posted the pictures on their Instagram pages, including Jack Maynard. Jack was soon told by Josh Pieters about the prank, and he shared a DM he had received from The National Space Centre about the "gift". 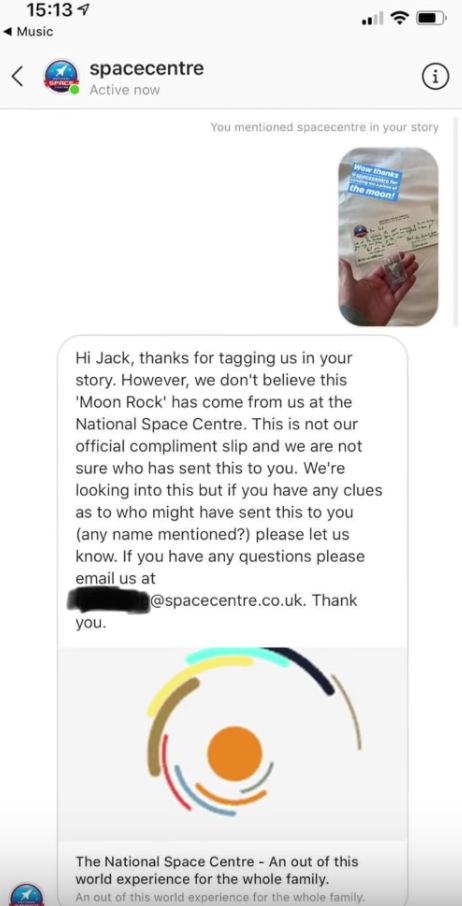 It read: "We don't believe this 'Moon Rock' has come from us at the National Space Centre. This is not our official compliment slip and we are not sure who sent this to you."

• This weirdo YouTuber snogged his ‘ACTUAL SISTER’ for a ‘PRANK’

• A considered ranking of the most tragic YouTuber apology videos