What does ‘Sco Pa Tu Manaa’ mean and why is it all over Twitter right now?

If you’re confused you’re not the only one

You’ve probably seen the latest viral meme “Sco Pa Tu Manaa” on your Twitter feed and thought – what the hell does this mean?! Don’t worry, you’re not the only one wondering that. So we’ve done the work for you and found the Sco Pa Tu Manaa meaning to help you sleep at night.

Here's the rundown of what Sco Pa Tu Manaa means and where it started.

What does Sco Pa Tu Manaa mean and where did the phrase come from?

In April, Ghanaian singer Kawoula Biov used the phrase 'Sco Pa Tu Manaa' in his song, Daavi Neba. The lyric was sung by Ghanaian artist Patapaa, who features on the track. He is popular in Ghana for rapping basically gibberish – which explains a lot.

In Ghanaian, the phrase doesn't actually mean anything, nobody uses the phrase in any spoken languages in Ghana.

The song was released in April 2019 and the phrase quickly moved its way onto Twitter.

According to Know Your Meme, Sco Pa Tu Manaa is a slang phrase that has a variety of meanings in multiple languages, including "I’ll hit you" and "what experience does this remind you of". When the phrase became popular on Twitter, it was given the meaning "what is your opinion on this".

According to Tatisis, the phrase has multiple meanings online. These are: Where is that? What's on your mind? What exactly is happening? What do you think about this?

The first known tweet which turned the phrase into a meme was posted on May 1st, 2019. Twitter user @MercedesSlimBoy posted the phrase with a picture of a sign that reads "Run for Your Life Int. Chapel". 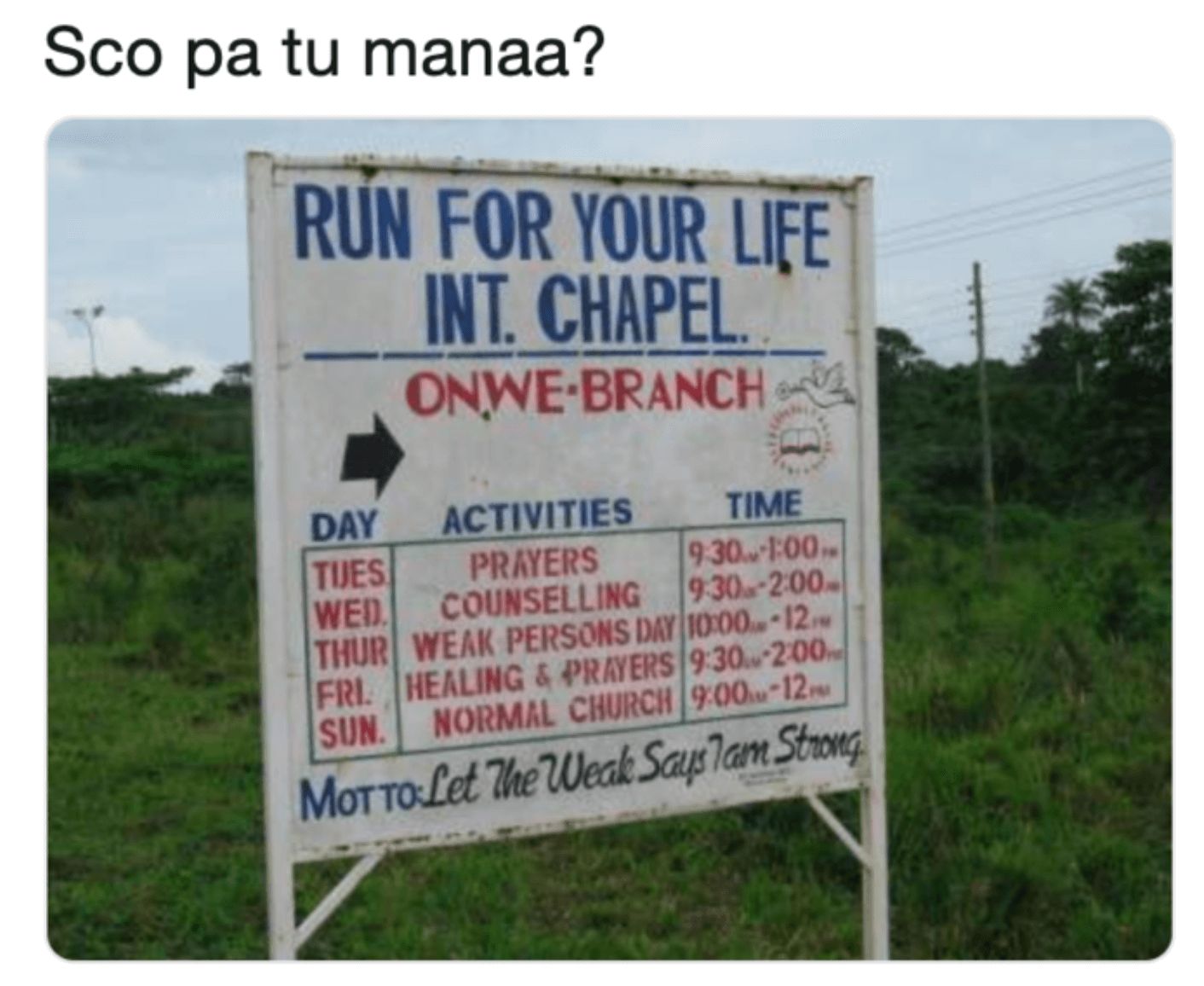 In short, the Sco Pa Tu Manaa meaning is: Share your opinion on this.

How does the viral meme work?

To join in on the viral meme, you just type out "Sco Pa Tu Manaa" and post an image alongside. Your Twitter followers and other replies will share their thoughts on the topic of the picture.

Here are a few examples of the tweets, to illustrate exactly what it means.

1. They want your opinion on sushi

2. What are your thoughts on Miley Cyrus?

3. What do you think about cheating in a relationship?

Year 9 is when you get comfy enough in school to begin your fuckeries https://t.co/uOuD4T0OGi

Twitter has been full of weird trends recently. We're in the middle of a hot girl summer, and the Cats movie produced better memes than the actual content of the trailer.

• Introducing the ‘Florida man’ birthday meme, and the wildest examples yet

• The Rihanna birthday meme has got everyone frantically googling their birthdays