After snaring Tommy Fury in the hot tub mere days after he promised to crawl to the moon and back for Lucie, Molly-Mae has been at the centre of the villa.

She's been called out for trying to snake out Yewande, and has been sent for by Twitter in a way that would put Georgia Steel's back up. But did you know she's also a wannabe YouTuber?

While Mol is obviously much bigger on Instagram, her fledgling YouTube "career" would certainly go some way to explaining her confidence on camera, and probably hint into where she'll go post-villa. But what is there to glean from Molly-Mae's channel as it is? I went and watched the 25 videos still there and this is what I learned:

Most of Molly-Mae's videos are "haul try ons." For the uninitiated, this involves spunking loads of cash on online clothes shops and doing a DIY fashion show to camera. It's a bit like when your flatmate gets a big ASOS delivery and roadtests the outfit in the kitchen, except your flatmate probably doesn't call croptops from Primark "pieces".

Molly-Mae then gives her critique on the outfits as she tries them on, and whether she likes them or not usually depends on whether or not the brand sent her the clothes for free.

In her Amsterdam, Molly experiences what might be her first ever hangover – boasting to the camera: "I’m sorry I didn’t film that much last night because we literally just went on a mad night out."

The vlog also shows her saying "it is what it is", a phrase widely understood to have been coined by the new Islanders to somehow sell merch.

Her videos also reveal Molly-Mae's vocabulary includes the words "bootycheeks," "goosey gander," and "nunga nungas." At one point her dad says: "I poo you not." It is not good.

Around a third of Molly-Mae's videos feature her doing hauls from those three brands alone.

She a boyfriend for a three years, and she's super keen for another

In a "get to know me tag" video (weird) she says she had a three year relationship and now misses the "consistency" of having a boyfriend. In another video she says she's "sick of not having one."

The confessional also reveals Molly-Mae has a 23-year-old sister who's a medic in the army. Neat!

Molly-Mae says attending Coachella was a dream of hers ever since she knew about it, and in 2019 her management arranged for her to go. To celebrate, Molly-Mae kitted herself out in stuff from BooHoo in yet another fashion haul. If you think you'll catch her in a jumpsuit, think again – apparently they're neither "stylish" nor "inventive."

She doesn't do drugs

While M-M and her mates were hanging out, maxin' and relaxin' in Amsterdam, they hit up a coffee shop. However, Molly-Mae explained she wasn't that into drugs, saying: "I don’t really ride that wave, about I'm obviously not opposed to other people doing it." 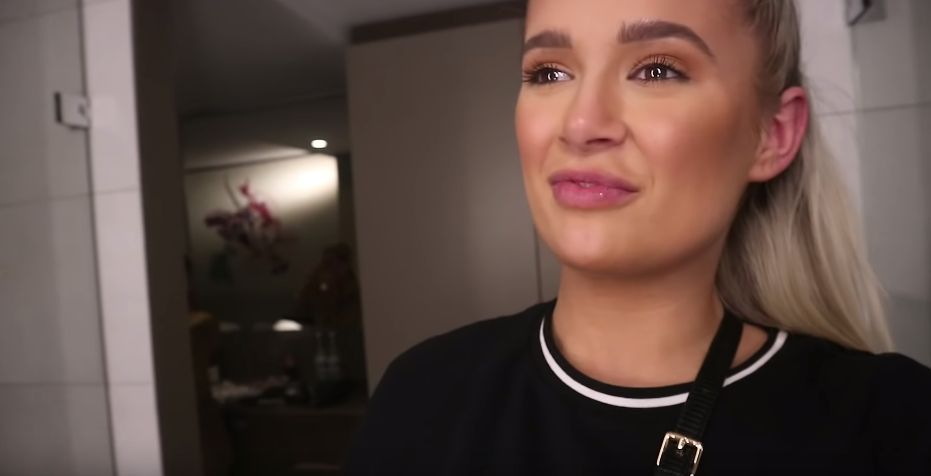 Rather than sample the delicious weed, Molly-Mae stroked the shop's cat. It bit her.

She seems to have deleted some of her older videos

There are 25 clips on Molly-Mae's channel, and in the first one she says "welcome back," which would suggest she's binned off some of her earlier work.

She's got a fairly loyal subscriber base, too. Her videos average at about 35,000 views, which is roughly the same number of subscribers she has – according to Socialblade, she's gained about 12,000 since starting Love Island.

The most watched of her videos is her trying on loungewear, which has had 220,000 views. No idea why.

In the clip, she reveals she only ever wears thongs, brought on by her anxiety over a visible panty line.

In one fashion haul, and I poo you not, she claims to be "obsessed" with every single item of clothing she tries on. There is a dangerous drinking game to be played with just how many times she says it. When she's not "obsessed" with a "piece", she's "in love with it."

Molly-Mae says she didn't like school, believing her friendship group wasn't very strong. She liked Drama and managed to score an A in English and an A* in Sociology. She says she had a tutor for her Maths GCSE, but just managed to scrape a C.

Molly-Mae also describes how one of her Science teachers made her work on the same "special desk" as him, so she couldn't see any of the demonstrations. She fumes about it to this day.

After GCSEs, M-M made the "best descision" of her life and started a two-year course at the Retail Fashion Academy in London.

Her hair is fake