How did we tolerate it for this long

After 14 toxic years of demonising and mocking vulnerable people on national television, The Jeremy Kyle show has officially been taken off air. The show's cancellation followed the news that a participant died a week after filming their episode. A man named Steve Dymond failed a lie detector test on the show and was found dead a week later. His landlady said he'd been "sobbing and distraught" after returning from filming.

It shouldn't have taken this long to axe a show that was rooted in public humiliation of troubled people who were actually seeking help.

Now Jeremy Kyle has gone, can we fuck off every other television format designed to exploit troubled people, mock the poor, with no regard for the consequences of exposing the vulnerable to media scrutiny? Contemptible, derogatory, classist, dangerous, divisive, lazy crap.

But we also need to acknowledge an uncomfortable truth – The Jeremy Kyle Show has always been deeply classist. Its popularity shows just how comfortable our society has become with demonising the most vulnerable members of our society. 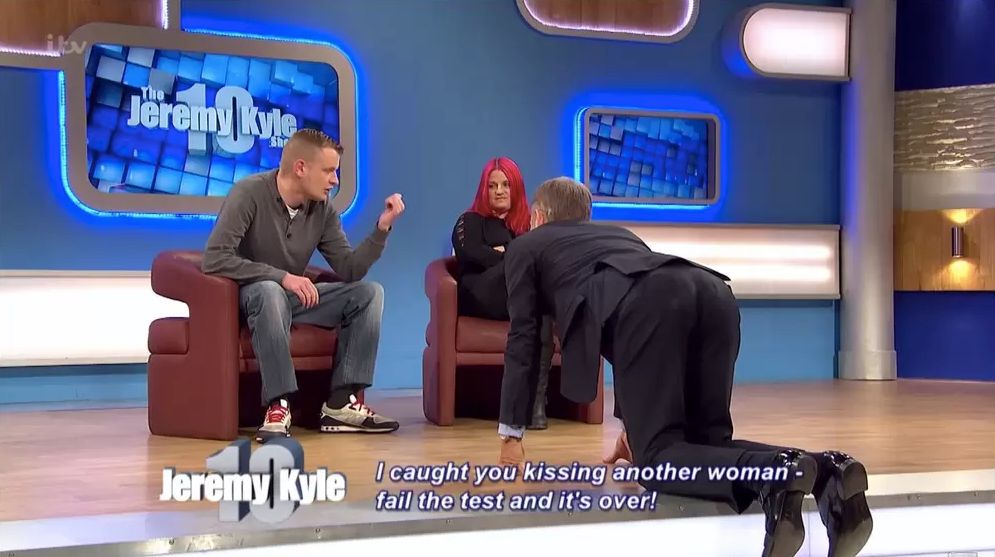 For over a decade Jeremy Kyle, who is an educated middle-class man, has been screaming "common sense" at mostly working-class people. The guests have often been portrayed as irresponsible, stupid, lazy and apparently this made them fair game to his "tough love." Not only did the show perpetuate unfair and inaccurate stereotypes on the guests, but it also took advantage and capitalised off their misfortunes.

The guests often had mental health issues, going on the show for help, guaranteed therapy sessions and free DNA tests. However, they were completely mocked by a booing audience in the lowest points of their lives. When fights erupted between guests, people jeered as though they were watching gladiators in a Roman colosseum about to hack each other to death. It was sickening.

FINALLY the Jeremy Kyle show is over. The fetishization of working class people's poverty & misery in pop culture is grim & only others wc people & pits us against each other. Growing up, 'youll end up on Jeremy Kyle' was another classist 'you'll be flipping burgers in McDonalds'

In 2008, The Guardian reported that an 18-year-old man named Jamie left his pregnant girlfriend as he thought she cheated on him. He thought the child wasn't his. On stage, his girlfriend denied this and told Jeremy she was "one hundred and twenty per cent sure" the baby was his, because he was the only guy she was sleeping with. The crowd loved it. Someone shouted "Yeah, love, because no one else is going to shag you!" while another person laughed "Look at the state of you love!"

The baby turned out to be his, but the damage had been done because a lie detector test suggested Jamie cheated on his ex-girlfriend while they were together. Jamie's mum told The Guardian undercover reporter that he had bipolar disorder and paranoid schizophrenia. Jamie's mum alerted the producers of this for two hours that morning, but the show still went ahead. It was later revealed by that Jamie only called The Jeremy Kyle Show because he couldn't afford to do his own DNA test. Instead he was humiliated in front of his entire town. 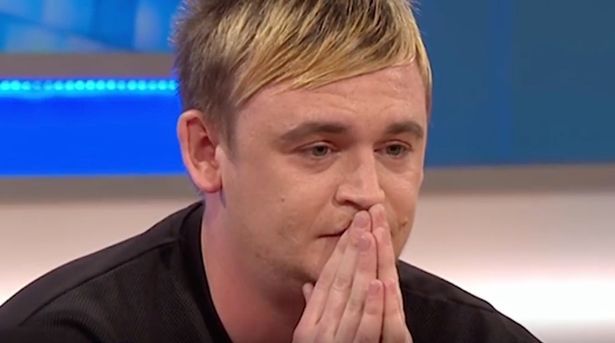 Charlie Henson, who has been on the show twice, told The Mirror the aftercare on the show is "nonexistent." When he went on the show, he claims the producers sent him a cab with two bottles of wine and 40 cigarettes. He said he was still really drunk in the morning of the show.

Recalling his experience he says: "You're separated from the other guests and put in different rooms with a magazine to read, then you're left alone for hours.

"These producers would come in and go, 'Oh my God, do you know what Josh is saying about you down the hall? He's going to tear you up on stage. He's going to say this, you should say that this happened blah blah blah'.

"When we met up later I asked him about what he'd said and it turned out the producers were telling him what I'd said, which wasn't true. Even during the programme the producers are still feeding you lines.

"You are put straight into a cab seconds after the show's finished and you never hear from them again. There was no aftercare or anything like that. They say there is, but there's not." 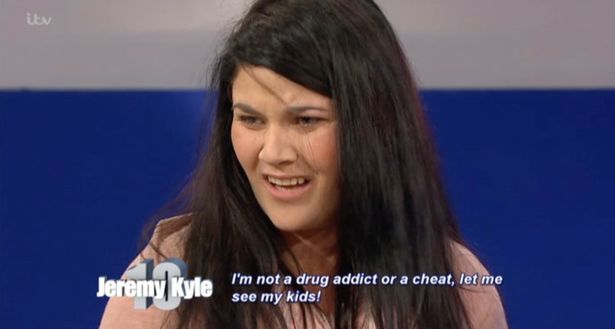 This show didn't just appear out of nowhere. When it started in 2005, we were long conditioned to enjoy the sport of portraying working class people as vermin of society. On telly, we've had shows like Little Britain, Benefits Street, and Wife Swap. A YouGov poll of people who worked in television revealed that more than 70 per cent thought that “chav” icon Vicky Pollard was an “accurate representation” of the white working class.

Owen Jones wrote in his book Chavs: "To admit that some people are poorer than others because of the social injustice inherent in our society would require government actions. Claiming that people are largely responsible for their own circumstances facilitates the opposite conclusion." The danger lies in promoting the idea that all poor people are responsible for their own misfortunes. The bigger picture is that TV shows like The Jeremy Kyle Show allowed us to turn a blind eye on deep societal issues for so long because we laughed at them instead.

Which of the Love Island 2020 girls are you? Take this quiz and find out