Latin, gowns and the grace: The weird and wonderful Oxbridge dining hall traditions

Gowns at the ready

Oxford and Cambridge are not only the two best universities in the UK, but where a whole load of weird and wonderful dining traditions occur.

The BBC recently reported that octopus had been taken off the menu at Oxford University's Somerville College. Some students say that the stigma around Oxbridge meal times could make it seem somewhat excluding to people who are not from a well off background, the rituals could be daunting for a first timer.

Others clarify it's really not at all like it is made out to be and actually, meals at Oxbridge are pretty normal. Standard meals would just be vegetable pasta, fish and chips or chicken curry and rice; not really that luxurious after all.

We did some digging and found out all the random stories about dining at Oxbridge.

The grace is said before meals at most colleges. The words and length vary dependent on the college but is often in Latin and can be super long.

Students all wait in their common room area and then a massive gong gets banged to let them know they can go in to eat. It's common practise to stay standing up until the Master and all the Fellows sit down, and then one of them will say a Latin motto like "benedictas benedictum" and THEN they can finally eat.

Eating at Oxbridge doesn't come cheap. Forget the Tesco value beans on toast, dining at Oxbridge comes with a cost. In some colleges, formal hall (a posh meal) is £9.60 per meal and happens about three times a week.

One "fun" formal mealtime game is "pennying". Students take a one pence piece and drop it in someone's full wine glass when they're not touching it, as a result, they have to down the drink. If you drop it in when the glass is empty, they have to fill it up to the top and then down it – classic. 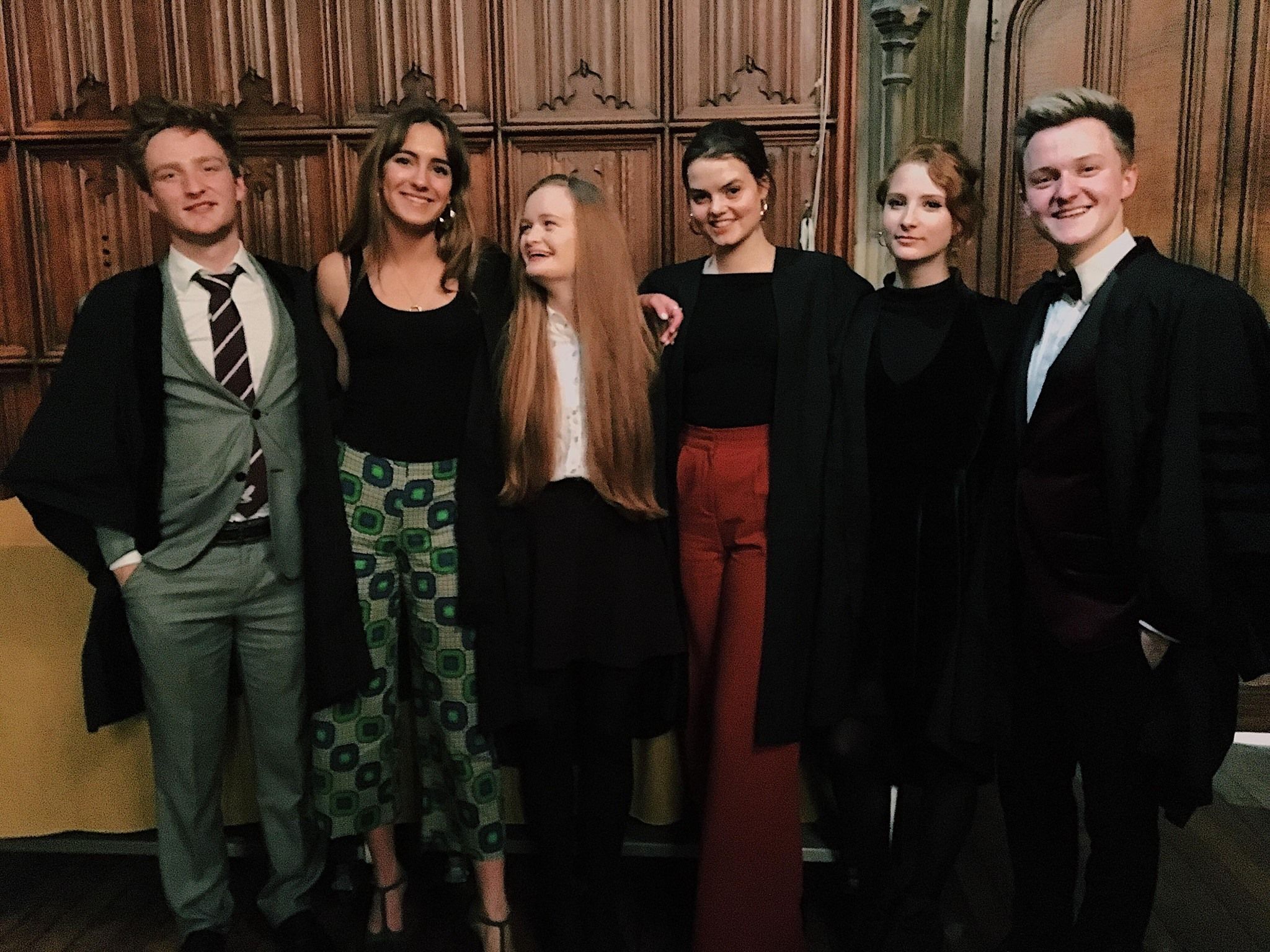 There's a rumour that flies around that Fellows at St John's College are the only people in the country who are legally allowed to eat swan. This is pretty mega if it's true.

At most unis people eat out of their saucepans, Deliveroo boxes or replace a baking tray with foil to save on washing up, but not at Oxbridge. Students are served by waiters who don waist coats and formal wear – like something out of Downton Abbey.

Oxbridge students also take these posh meal traditions outside of the official dining hall. It would not be rare for dinner parties out of college to involve fresh fish being ordered into someone's house. To be fair, this probably happens in houses of southerners in Newcastle and Bristol too.

Sometimes girls go to dinner with boys from a different college (exciting) to eat and play drinking games. It is tradition to do "fines" (basically never have I ever). One person stands up and announces "fine if you have ever [insert funny, normally sexual thing here]" and everyone who has done it has to stand up and take a drink – legends.