Bodyguard season 2 is coming!! Here’s everything we know

Everything is looking up, as reports say Bodyguard season 2 has been confirmed. It's no surprise, as the first series was the most watched BBC drama in the past decade, and the final episode had an overall audience of just over 17 million, making it the most watched episode of a TV drama since records began.

Lorraine Kelly was the one who spilled the beans about Bodyguard season 2, announcing there being a second series on her show. She also seemed to confirm Richard Madden would be back as Protection Sergeant David Budd, too.

She had just met Richard Madden at the NTAs, and then on her show said: "It is going to come back. I think we can safely say Bodyguard is coming back. He’s definitely going to be there."

That's all the confirmation needed, so here's everything we know about the new series. 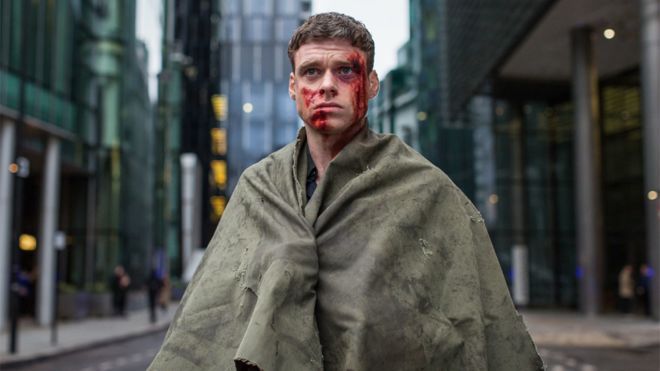 Just bring him back PLEASE

When is the expected release date? And when will it be dropped on Netflix?

Season one was on BBC from August 26th last year until September 23rd. And the first season has just been released on Netflix, on March 23rd.

political things that are 100% definitely happening at the end of march:

– Bodyguard comes to @NetflixUK on the 23rd
– that is all

BBC don't tend to rush seasons of their shows, so the earliest expectation of the new episodes would be around summer this year. And then on Netflix shortly after.

Will Richard Madden be back in the cast?

This hasn't been confirmed by the BBC, but Lorraine Kelly seemed to confirm it. And she had been speaking to Richard Madden himself, so that's all the confirmation we need tbh.

I can’t believe it’s been a week since this happened. Keep wondering when I’ll wake up! Thank you so much HFPA.

What could the plot entail?

At the end of the first season it was unclear if Budd would be honoured or dismissed from his position because of some of his decisions throughout the series. And we don't really know much about Nadia's story. That's the only real loose end that needs tying up from series one that could point towards what will happen in the second.

Buuuuut, that means season two will probably be filled with all fresh plots and stories. Which means there could be new characters too!!!

Richard Madden has his own ideas for what the second season could include, he said to Deadline: "So, I’m like, what can happen next? You know, with David. Because he had a hell of a couple of months there. Where do you go with this guy?"

"I also thought, maybe it’s going to be like American Horror Story where, in the second series, it’s a whole different incarnation of it, and I’m a royal and Keeley is on my protection team. And you get all the rest of the actors back, and we all do different things. But who knows what’s in Jed’s mind. I’m very keen to hear."

Is there a trailer for season two?

Nothing yet, but here's the trailer for the first series to jog your memory: