The time has finally come to open our arms and welcome back an old friend, because iconic TV show Shipwrecked is back. The island is hot, and the cast list are hotter. One member of the 2019 cast to prove that point is Chris Jammer – a Cambridge grad who's one of the original castaways. Here is everything you could ever want to know about Chris from Shipwrecked, you're welcome. 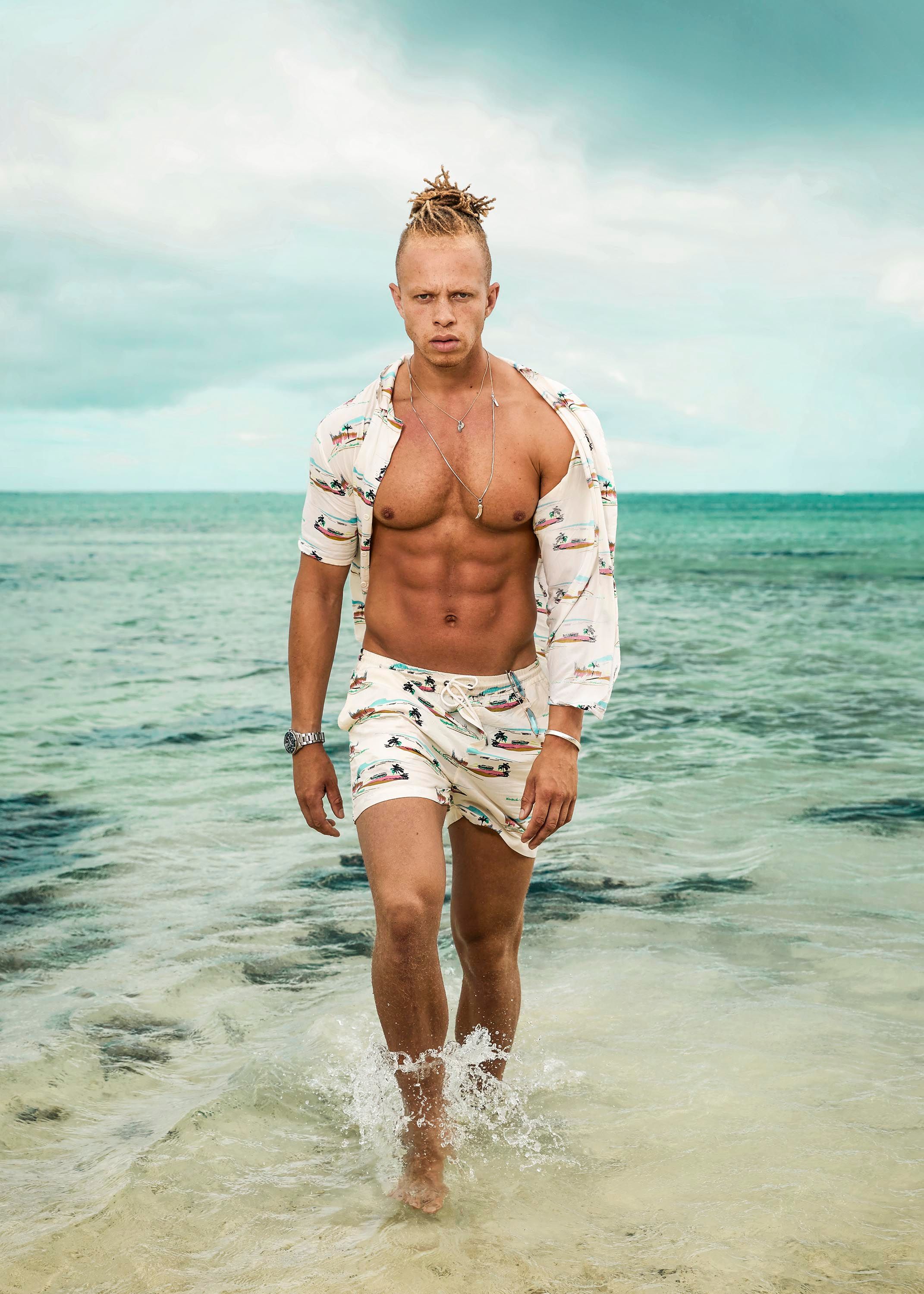 Chris is from Burnt Oak in London and is 24-years-old. He has a twin sister called Stella who goes to Roehampton uni.

Chris says he was "completely" single when he entered Shipwrecked, but he did immediately catch the eyes of the female castaways on the island. Liv admitted she fancied him from the beginning, but then found out he was gay. Chris says there was someone on the island that had a "personal impact" on him. He said: "I wasn’t looking for a relationship because I had almost given up on the idea. But I hit it off with one guy. We are still seeing each other." He's defo one to watch on the romance front.

23 years in.. A lot of things have changed.. Much stays the same.. Always remember where you're from ✌?

He studied Land Economy at Cambridge

Chris went to Cambridge University and studied a BSc in Land Economy. He was in Gonville and Caius College and was part of the university football and athletics societies. Chris graduated with a 2:1 in 2016.

Whilst at uni he was named as sixth in The Tab's Biggest Names in Cambridge.

He describes himself as caring, understanding and fun

He also says on the island he acted a lot as the mediator, sorting out people's problems and arguments. He says one of his strengths is being able to help people see things from another's viewpoint. He admits though, he did end up having an argument with one of the girls himself.

Since his time on the island he says he has learnt to enjoy his own company more, and he takes his phone out with him a lot less now.

He's the CEO of a festival company

Chris is the CEO of S&C Productions, the company behind Strawberries and Creem festival. After the show Chris says he would like to explore doing more TV work, but he wouldn't change the job he already has.

He's done modelling, and is very into fashion

At uni, Chris modelled for a charity fashion show. His Instagram is full of modelling and fashion pictures. He's done London Fashion Week, and has professional shoots galore on his feed.

Nothing to see here, just some hot pics.

Last dip before I dip to Ibiza tomorrow… @preyecrooks ready.

The only way from here is up ?

Chris isn't the only graduate that's featuring on the show this year – meet Emma, who graduated from Loughborough University last year.

Shipwrecked will be on weekdays at 9pm on E4, starting on Monday 28th January.

• This Loughborough third year might be the hottest Shipwrecked contestant EVER

Students are entitled to a refund for poor teaching during coronavirus, gov suggests

Quiz: Which New Girl character are you?

If you get Winston Bishop you are ELITE

ITV’s Des: Where are the real life people from the Dennis Nilsen case now?

Ok I’m a social media puppet I GET IT

You better hold on tight spider monkey, because it’s time for some cold hard truth

Apparently there’ll be ’a lot of tears and rows’