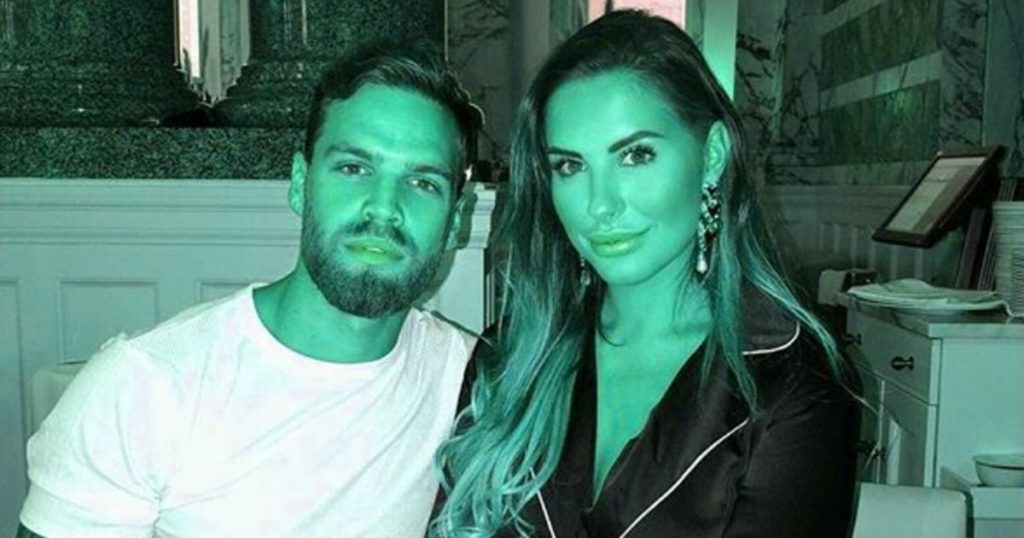 Trash Gossip Column: Inside Dom and Jess’ TRAGIC 22-guest wedding that none of the Islanders were invited to

When will these two stop

Dom and Jess had 22 people at their wedding and it sounds like it was a bit tragic??

If you can remember, Dom and Jess had a very public wedding earlier this year. But their real wedding, which took place in Mykonos this month, was the complete opposite. They didn't invite any of the Love Island crew and instead only had 22 close friends and family. Cute right? Well actually, some of it sounds kinda tragic. Here are some of the things that went down:

The best day of my life ? after an amazing week with our closest friends and family celebrating we are super excited to now share with you all our wedding pics. Pick up @ok_mag out tomorrow ?

– The couple wanted more of a "group holiday" vibe than an actual wedding. Legends!!

– He didn't even write a speech, but instead had a few bullet points

– Dom cried when she walked down (okay fair enough)

– Apparently Dom stayed up partying until 7am. So where was Jess?

– They had a DJ and were on the dancefloor all night. Everyone was hungover in the morning.

Sounds more like a party you'd have in second year, but that's none of my business.☕

Rumour has it, Jack and Dani won't stop fighting

A source told The Sun "They’ve been at each other’s necks for a few weeks now. Dani has been offered so many opportunities since leaving the villa, from her hugely successful clothing range with In The Style to appearances with her dad. She has a very busy schedule and is doing incredibly well for herself following Love Island.

"But the more projects Dani takes on the less time she spends with Jack, so tensions between them are mounting. A lot is riding on them staying together as they continue to film their reality series – but Dani may not have the patience to stay in the relationship for much longer."

A spokesperson for the couple commented: "Jack and Dani try not to pay too much attention to all the gossip. They're just really happy at the moment and are enjoying spending so much time together filming their new show." Hmmm. ?

Meg and Wes's relationship has been shaken by cheating rumours

Megan has had fans messaging her, telling her Wes cheated with a mystery woman after a recent personal appearance. But then she's also been the subject of cheating rumours, as it was suggested she "disappeared" with TOWIE's Pete Wick during a night out.

Rosie Williams has new hair and a new man

She revealed her blonde look a few days ago and has been seen posing with a new man.

At an event, she told The Mirror: "I just bumped into Alex outside. It was just like, comical timing as we’re both [dressed] in blue so I said ‘Oh, I see we’re matching for once again! But it was good to see him and I can’t wait to see everyone and catch up with them.” Very diplomatic.

WTf is going on with Camilla and Jamie?? Are they actually on the brink of a break up?

According to The Sun, Jamilla's 15th month relationship has been unstable after Jamie was pictured looking "overly flirty" with his ex, during a trip to New York.

The source said: "Jamie is in New York at the moment but flies back home to Essex tomorrow where he’ll be having crisis talks with Camilla. They’ve hardly spent any quality time together in recent weeks due to Camilla being away filming the new series of SAS: Who Dares Wins in Chile while Jamie went to the states to catch up with old friends.

"A lot of the people Jamie spent time with there were pals of his from TV show Taking New York that he starred on before Love Island, including his ex-Sarah." And apparently Camilla was far from happy.

You can already imagine Sam and Georgia rowing. Or the look on Paul Knopps' face when he realises he still has to deal with this Love Island shit.

An ITV source told The Sun: “Bosses have been wanting to get the cast back together for a few years now but have finally been given the green light because of the success of this year’s show.

“They know exactly the kind of drama that viewers want to see and getting together the couples who have split will certainly make for tense viewing."

Does GBBO's Rahul have a secret wife?

I'm sorry, did Noel just say to Rahul, 'your wife'? Is Rahul married? Did we know that? #GBBOFinal

And there's me unable to get a text back.

Who is Tiffany Watson's secret boyfriend?!

My favourite thing to do is explore with you ?? Can’t wait for our next adventure.

We need to know because clearly things are getting serious. And also once you realise Tiff's shorts look like a tan line, you won't be able to un-see it.

"They were laughing about how he’s not doing too well on the show with the ladies so it was time for some sound advice from Binks."

Sorry but what has Liv Bentley done to her hair?!

….finally the carpet seems to match the drapes…?

• Here he is, Georgia’s famous ex of three years and Sam Bird lookalike