This is the WILDEST gossip yet

People are actually searching to see if Dr Alex is gay

Google Trends has reported that there has been a 2000 per cent search increase in whether Dr Alex from Love Island is gay. Ah yes, I forgot that when a man doesn't find a woman attractive it must mean he's gay. 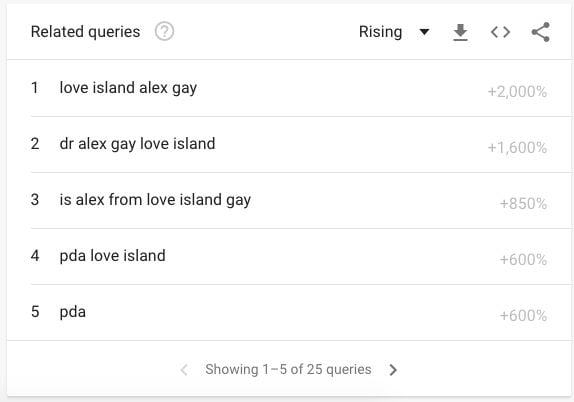 Earlier this week, Alexandra told the girls that Alex had put her hand down his pants when the lay in bed. Even though Alexandra laughed it off, one viewer complained to the broadcasting watchdog. Ofcom will now decide whether to take further action and whether to take it on to investigation.

She was spotted sitting on the kitchen worktop eating noodles while the others were partying. Iconic.

Alexandra’s obsession with those noodles is literally me lmao #loveisland pic.twitter.com/7gCb3Uxof7

The ex-Islander has admitted that he's unsure whether people like him for him or his money and how he regrets how he portrayed himself on the show.

Speaking to The Sun, he said: "When I came out and I was re-reading all that – that’s not how I want to come across. I put things on social media when I was younger and then you realise those mistakes, and you learn from them.

"It's not how my family are, I'm humble and not like that. It's not how I want to come across." If only I knew how it feels to be that rich to have this problem. Cry me a river.

Not sure how anyone would feel about flying 20000 feet on a balloon which doesn't spell the world "flight" correctly.

Forgot how to spell ‘Flights’ did we guys? #LoveIsland pic.twitter.com/t6JROr4DGq

Their flights just happened to arrive at a similar time to create the most iconic crossover in history. The video is so wholesome:

Love Islanders will earn more in their lifetime than Oxbridge graduates

Analysis by Frontier Economics found that Love Islanders who were on the show for the full eight weeks would pull in an average of £1.1m from sponsorship and appearance fees. That was then compared to the lifetime earnings of £815,000 someone can expect to get from finishing an undergraduate degree at Oxbridge. Brb, I'm just applying for next year's series.

A source told The Sun: “Mark has offered to give career advice to Georgia and to help her where he can. Obviously Mark has been hugely successful in America and that’s something Georgia looks up to a lot.

"I think Georgia loves Mark’s career route and it’s something she’d want for herself. They have a friend in common and that’s how they got put in contact. He thinks she's got real potential." 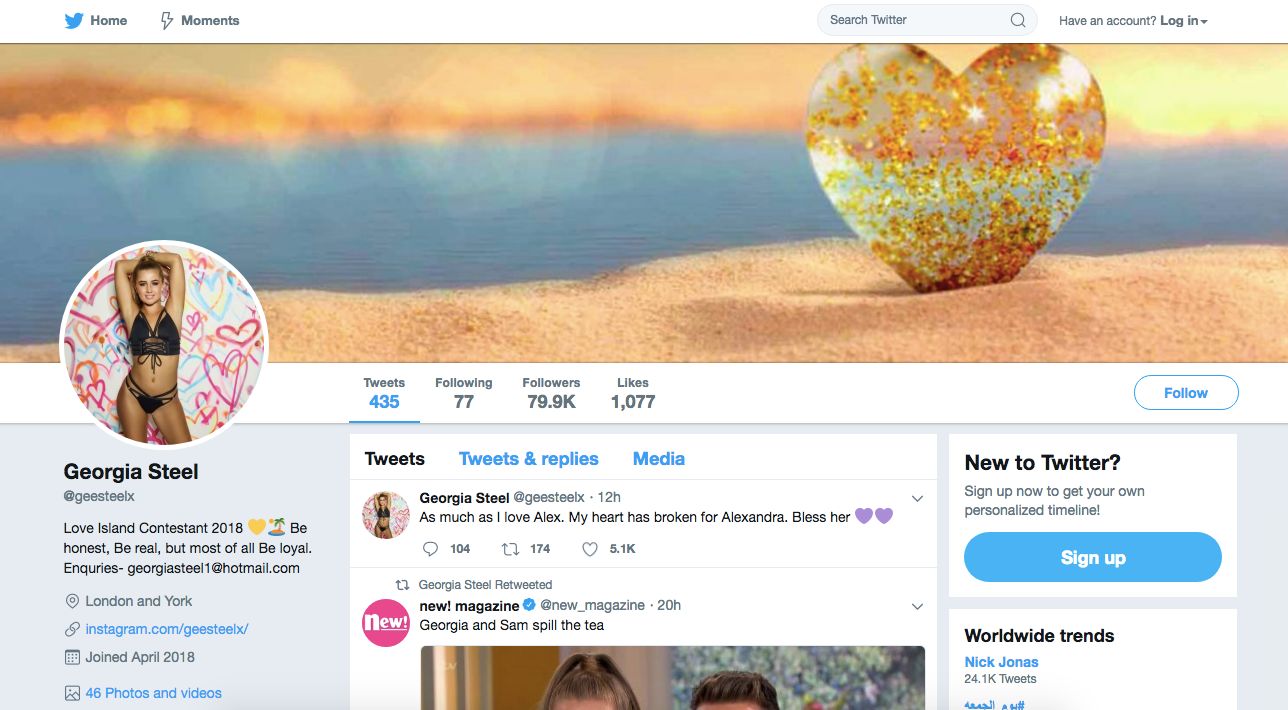 The boys made up the nickname for both Adam and Alex because apparently, you just couldn't get rid of them no matter how much you tried.

Darylle did a photoshoot with guns and honestly, it's something else

I don't know when she did this photoshoot or what possessed her to do it, but wow, these pictures are weird as hell.

In an interview with The Sun, he said: “When I first went into the villa the production team were like ‘Who are you going to go for?' I said I had no idea because I didn’t want to tread on anyone’s toes. They asked me ‘Well, who do you like?’ and I said Amber, so they told me to 'just go and speak to her.'

"I spoke to Amber but they made me redo it three times. She was obviously with Kem so it made me look awful but actually they were making me do it.”

He continued: “There would even be times I would refuse and say ‘Well, I’m not having that conversation again.’ And they would tell me ‘You have to.’ There is a lot of production involved." Ah, so now we have further proof that the producers try and make the show dramatic af.

• Why do cruel Love Island producers only play on female insecurity?