I asked people on Fashion Street to rate my shitty outfit

So, I know fuck all about fashion. I've not even seen the Devil Wears Prada. People often tell me I have a "distinctive" dress sense, which I take as a compliment, although perhaps it's meant in the same way you'd tell someone they smell "interesting" rather than "nice".

Anyway, this is me, legs askew. The world is my catwalk. 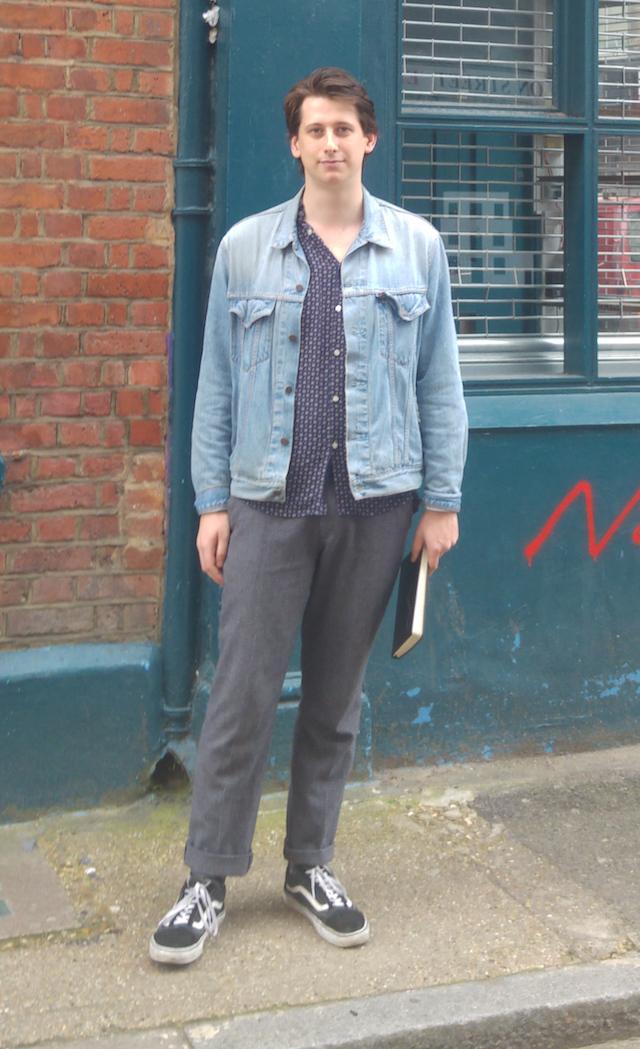 The photographer, a stranger, was kind enough not to run off with my phone

For those who like to have mediocre outfits badly described to them, I'm clad in the following: a denim jacket; a nice, if loose, navy t-shirt with a white dotted pattern; a pair of slightly itchy grey checked trousers from TK Maxx; some socks that I thought were innocuous enough; and scuffed-up black Vans.

Clearly, I have much to learn. If I ever end up rocking a lewk, it's by pure accident. When my garments clash, it's out of ignorance, not rebellion. I need to be educated.

So when I found myself on Fashion Street one day, there was little else to do than to approach strangers – who surely must be experts, after all, this is Fashion Street – and ask what they thought of my outfit. 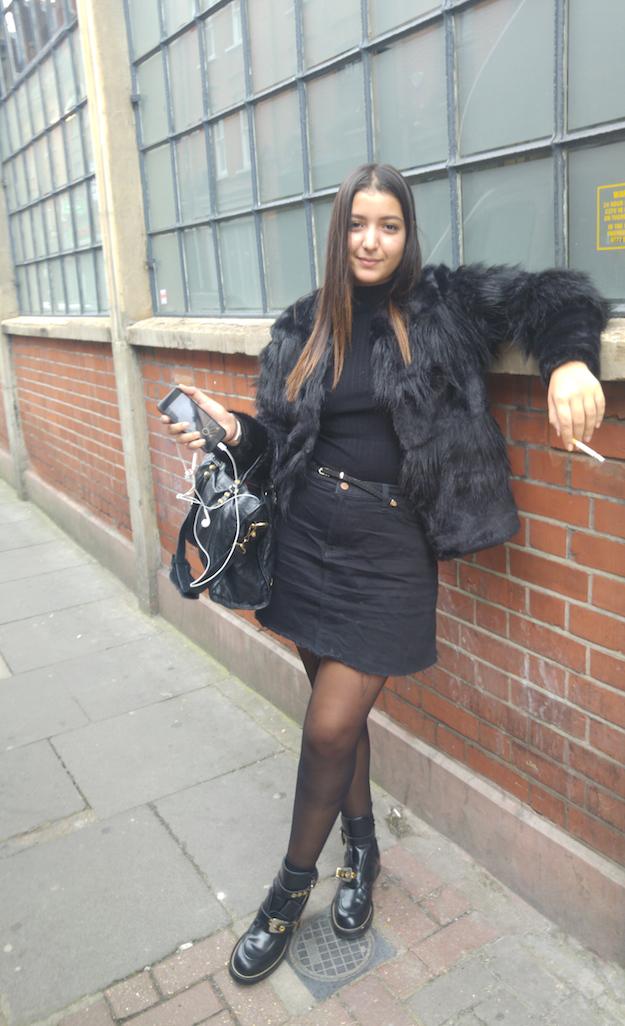 Lina, dressed in all black everything, did not sit on the fence in the debate over whether my outfit was too cluttered.

“I don’t like the combination of the patterns. Except that, it’s ok.

“The socks, too much information." Lina is the first to start hating on my socks. These socks. These poor, only thing that was clean, socks. 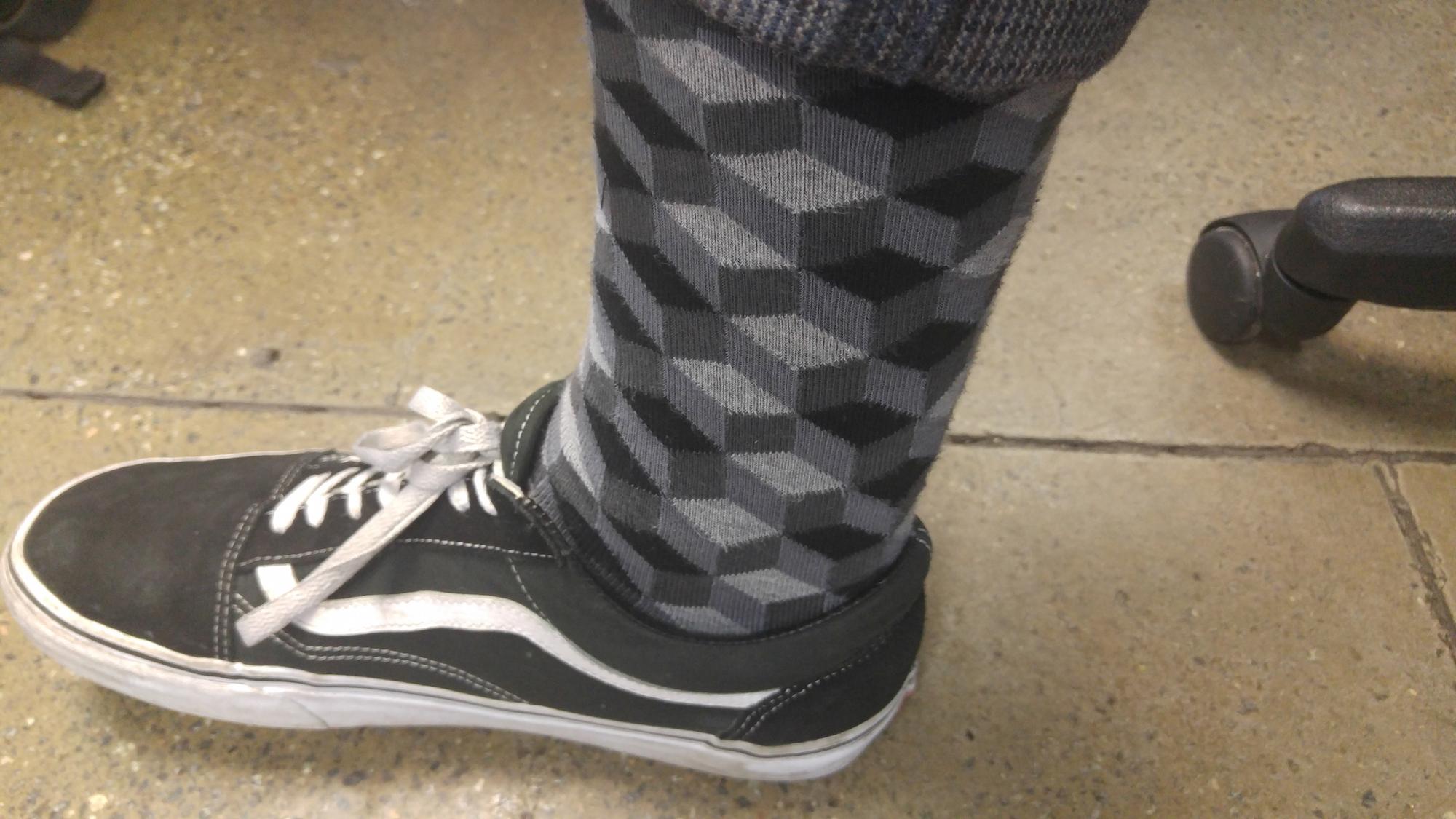 These are my socks

Mike, Web Consultant, who asked if this was a story really worth doing 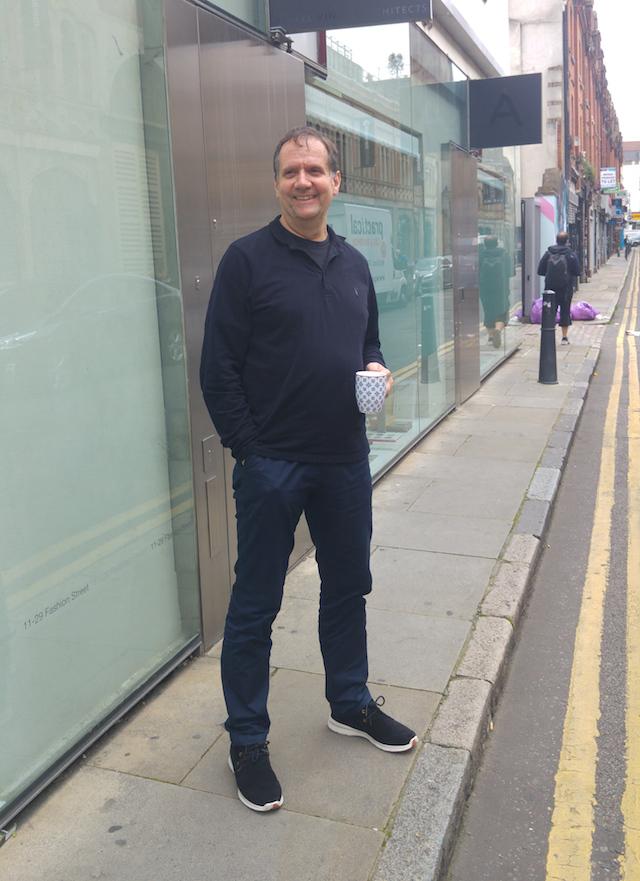 “Crikey, what would I change? I guess it’s fairly eclectic. Maybe the shirt’s not too good."

I tell him my girlfriend bought it for me. 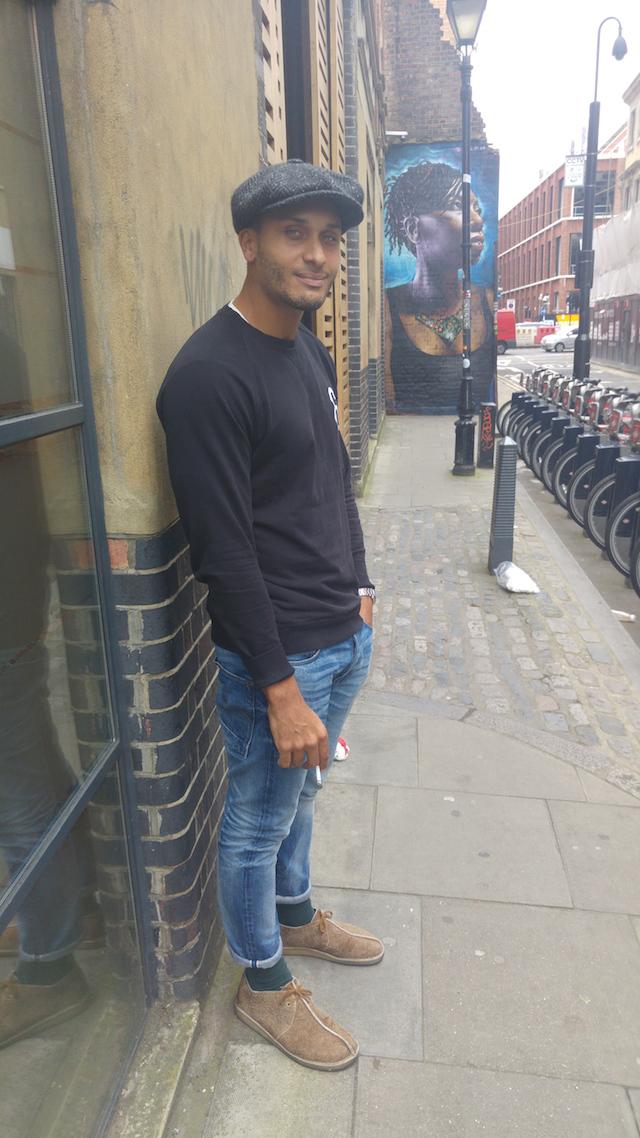 "I like it, you’ve gone for a light-washed tracker jacket, quite a classic. Levi’s as well, it’s Levi’s 50th anniversary this year for their tracker jacket. I’m gonna assume that you knew that, hence why you’re wearing it."

He's onto me. On the 47th, 48th, and 49th anniversaries of my denim jacket, nobody mentioned anything. It's only now, in its 50th year, that I've found someone who appreciates it.

"Gone for the nonchalant with a couple of buttons undone on your shirt. Your outfit’s looking good. I actually work in fashion wholesale, and it’s on point, I like it.

"In terms of an optic, in terms of colour, you’ve gone for the tonal grey trouser, grey sock vibe." I'm taking the use of 'optic' to be a surefire sign Martin knows his onions from his culottes, which means I take his criticism of my socks to heart just that little bit more.

"But it’s an overall thumbs up from me, mate.” 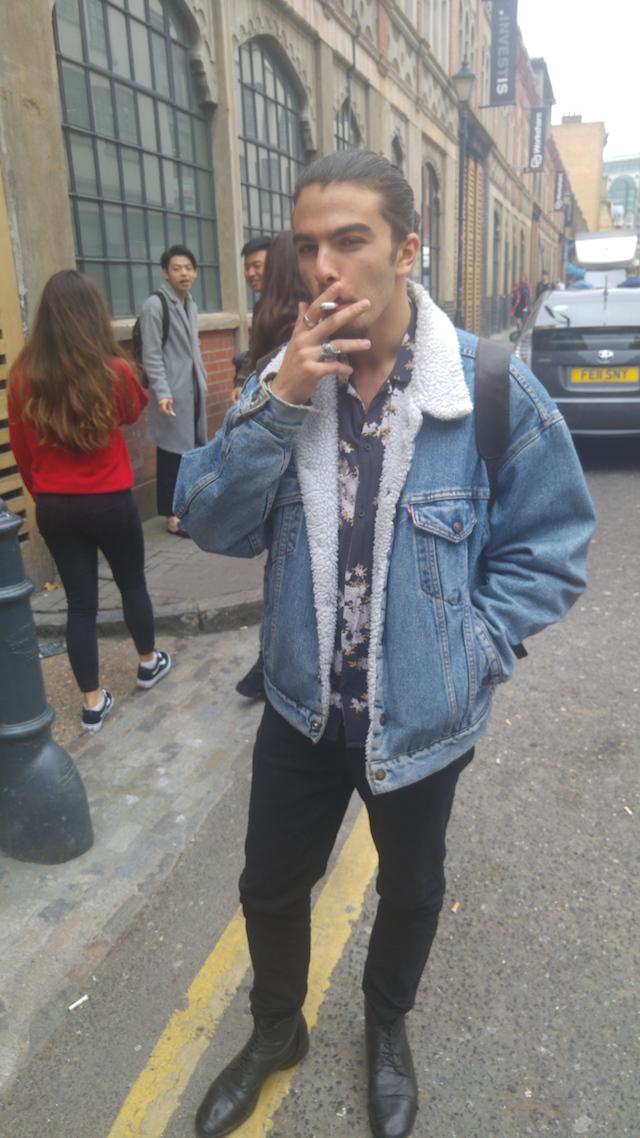 Giuseppe is a Very Cool fashion student. Too cool, in fact, to stop smoking while I take a picture.

Unfortunately, it’s short-lived. The lure of hating my socks, like the drag of a cigarette, is too much. "I don’t like the socks, too many patterns. It’s busy. That’s it. The shoes are fine.” 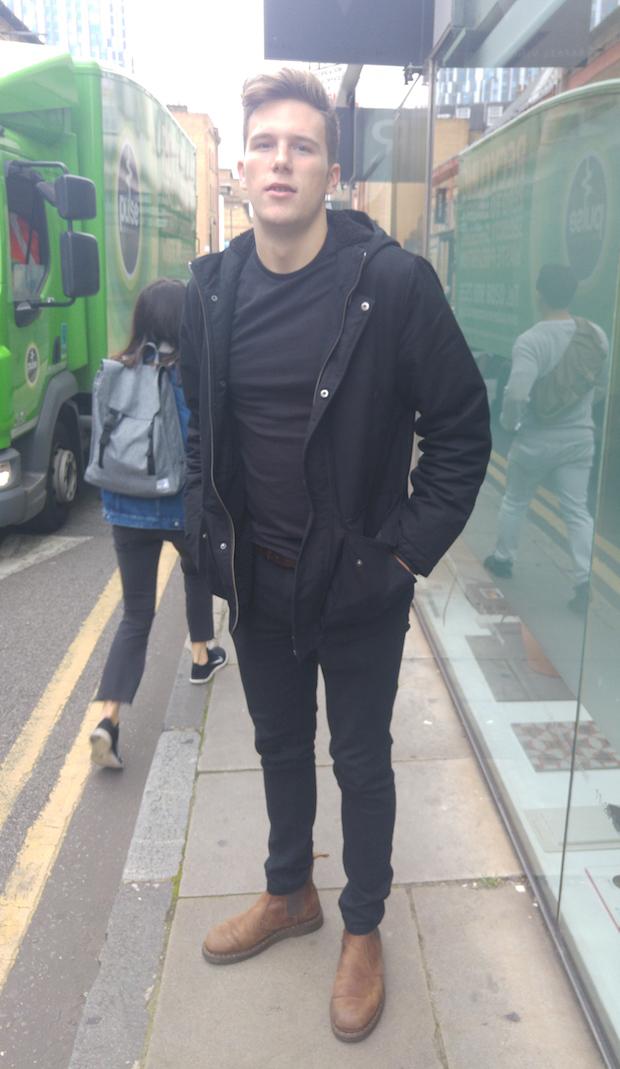 “I’d change the blue on blue for a start. I think there’s too much going on. For me, I’d like a white shirt, or a plain one. I’m quite a plain guy. Shoes are fine, everyone’s wearing those shoes. Are you a skater?”

I'm not a skater. 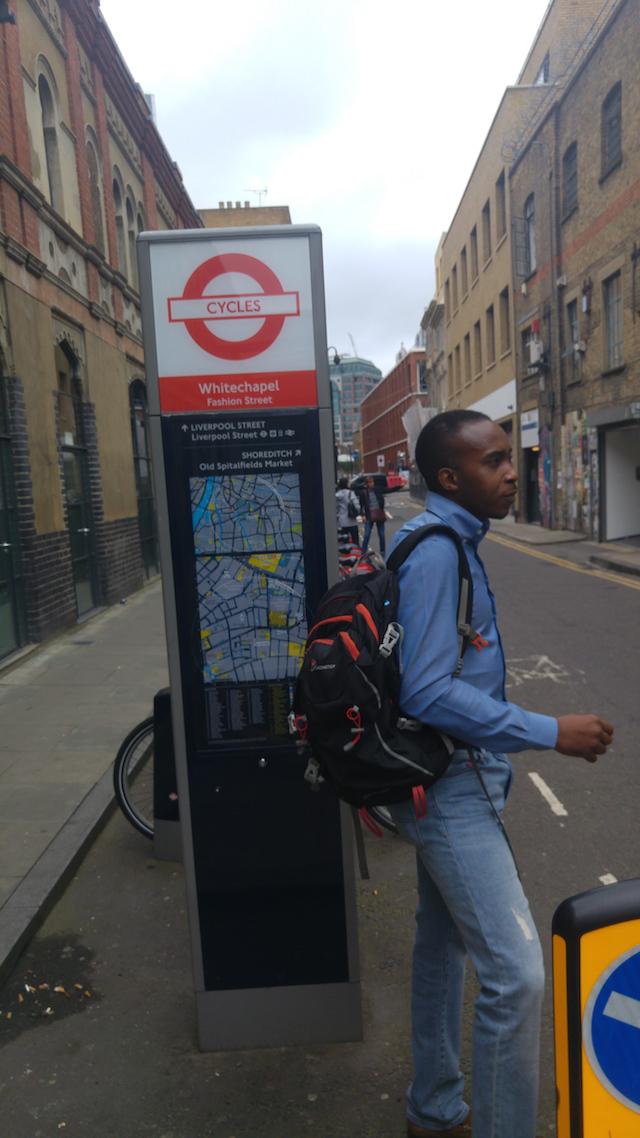 Ade insisted on what we in the business call a 'plandid'

Ade was too nice to say anything genuinely mean. I tried to see if he had any particularly strong opinions on rolled-up trousers. “It doesn’t piss me off, but it surprises me," he said. "But then again, that’s what fashion is, it goes in a cycle.

"You look very pleasant today, I can say nothing bad about you. It’s quite simple, but I like it.

"I always dress quite formal, and they have a go at me, so I’ve got to try and dress down.”