‘Snog, marry, avoid? Well Theresa’s been avoiding me’: We put your questions to Jeremy Corbyn

“Unelectable.” That’s what we were told. Yet only a month after Jeremy Corbyn was staring down the biggest Labour defeat in history, some polls are now putting him only three points behind Theresa May – with a week still to go until the snap election she called.

He’s been backed by everyone from BBK to Bernie Sanders; when he speaks in a city, thousands of people turn up. But who is the real Jeremy Bernard Corbyn? Is it the dilly-dallying old uncle, tending to his allotment while Britain sinks into post-Brexit panic? Or is it the fierce revoluciónary comrade, the man of the people, who won’t stop until he’s torn every Tory limb from limb for the Many, not the Few?

We had a chance to chat with Jeremy, so we thought we’d take his catchphrase at face value. We asked many students around the UK to send in a few questions, and put them to the big man himself. Here’s what he had to say.

Hi Jeremy. Why are Labour the best option for young people?

The Labour Party recognises that the greatest investment we can make is in our young people. How well we support our young people to access education and skills is fundamental to our country’s future prosperity.

If elected on June 8, Labour will reinstate the Education Maintenance Allowance, reintroduce the higher education maintenance grant, abolish tuition fees, legislate for three year tenancies, introduce a Real Living Wage of £10 an hour for all workers over 18 and ban zero hour contracts. 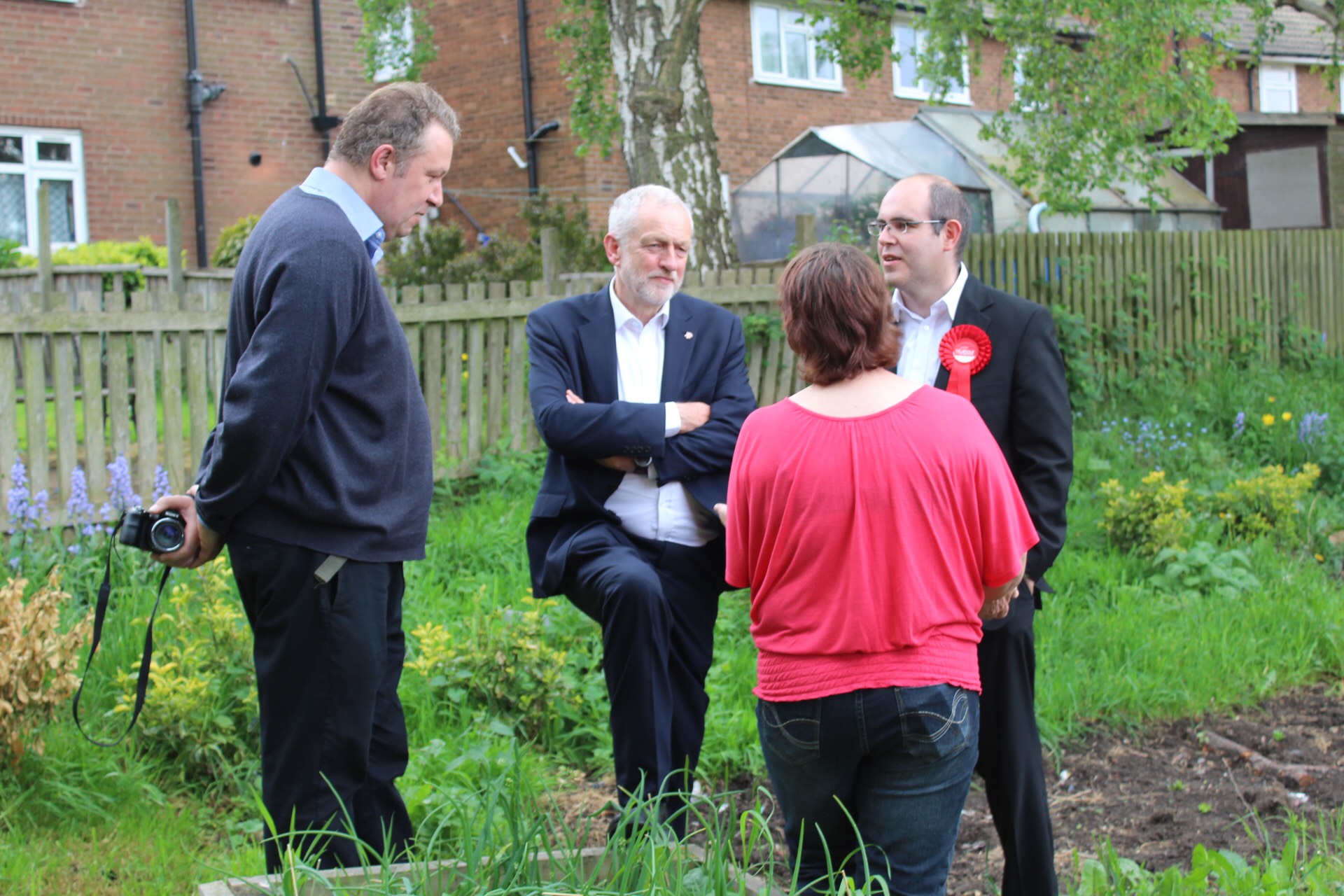 Why do you think so many young people have engaged with your brand of politics?

As our brand says: I’m for the many, not the few. For years the Tories have been running this country into the ground and it’s the younger generations that are being particularly left behind.

The Tories simply don’t speak for young people. I have always been about letting people have their say and everyone truly being a part of democracy, I think my campaigns have demonstrated that well and young people finally feel they have a chance at having a voice in society.

What are your plans for university students in the UK?

We believe that education should be free, and we will restore this principle. No-one should be put off educating themselves for lack of money or fear of debt. Labour will reintroduce maintenance grants for university students and we will abolish tuition fees.

How do you actually plan on abolishing tuition fees? (Rob Klim, UEA)

Scrapping the fees will cost £9.5bn annually; we will raise that by increasing tax on higher earners (the top 5 per cent), making those with an income of more than £80,000 pay the 45p rate of tax and assigning a 50p rate to those bringing in more than £123,000 a year.

No-one earning less than £80,000 a year will see a rise in their income tax for at least five years.

Do you think the £11bn cost of scrapping tuition fees is the right priority, given most students will never pay back the full burden of their debt? Could the money be better spent reversing benefits cuts, for example? (Greg Barradale, Cardiff)

We have the means to do both. We shouldn’t have to choose between the two. What the Tories have done to social security is wrong and we will be reversing some benefit cuts like universal credit and PIP as well as abolishing the bedroom tax.

Instead of a country run for the richest, I want to see one in which all of us can lead richer lives. 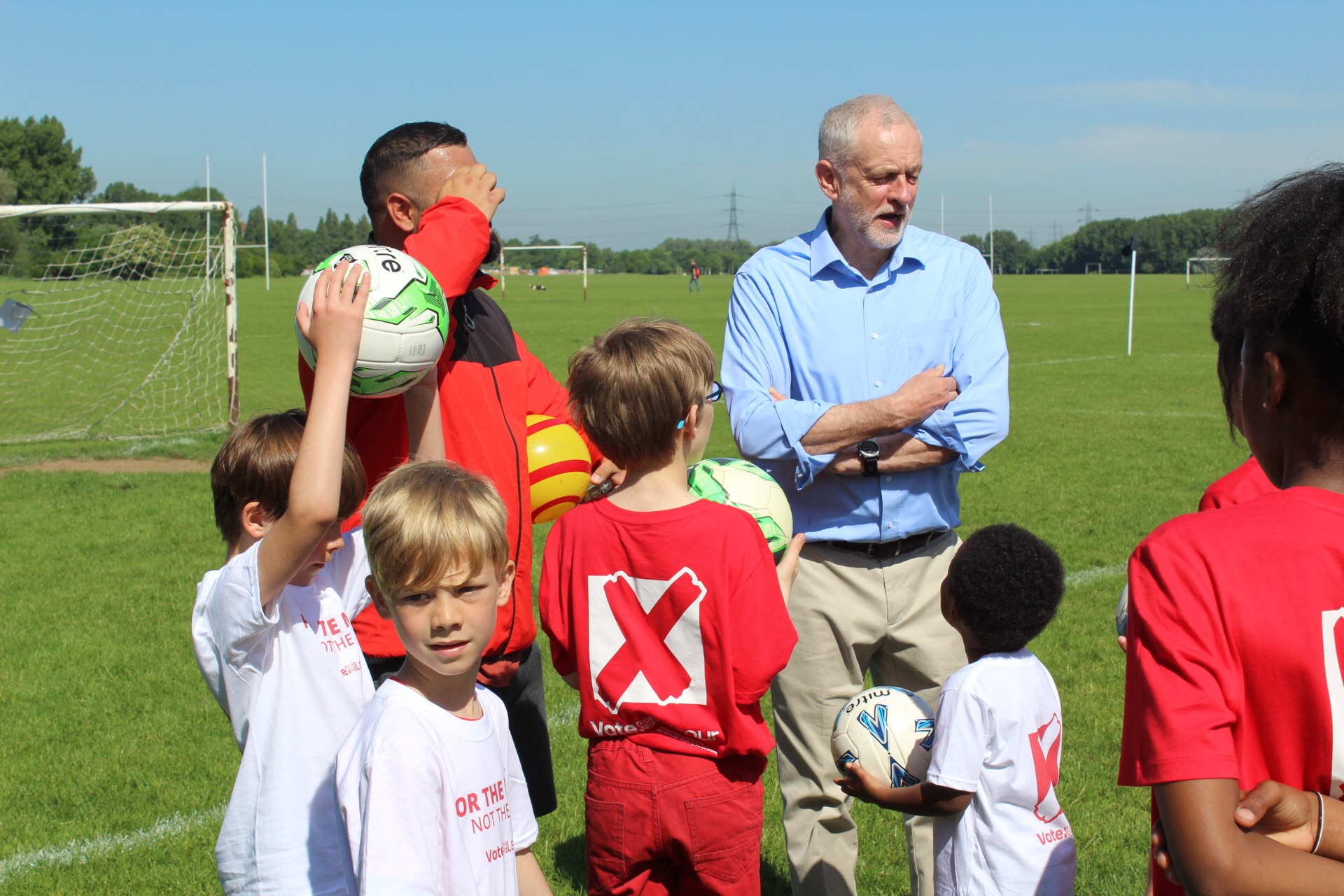 What would the abolition of tuition fees mean for students who already signed up to pay £9000 a year? (Marcy Rick, Liverpool John Moores)

We will abolish tuition fees as soon as possible. All those due to start university in September 2017 will be reimbursed for their first year in 2018 and pay no more going forward.

How does Labour intend to tackle the cost of living for students, especially in providing decent and affordable student accommodation? (Verity Bowman, Leicester)

Abolishing tuition fees will stop universities needing to rely on students for their money and give them less need to create a large profit margin for the accommodation they provide.

It’s not right that education is treated like a private business for profit. We will also reintroduce maintenance grants – giving those from poorer backgrounds more freedom with their budget & accommodation while they study.

Several thousand people came to hear you speak in Leeds, but The Tab was one of the few news outlets to cover the event. Why do you think the mainstream media has been reluctant to report on events like these? (Aron Keller, Leeds)

It’s been interesting to see the difference in reporting now that we have reached purdah and broadcasters are obliged to cover all parties fairly.

I also think this is a type of campaigning that has been lost over the years and some outlets aren’t used to covering it or don’t think it’s what interests people. That clearly isn’t the case during this election and I am very thankful for every single person that turns up to show support at my campaign stops. 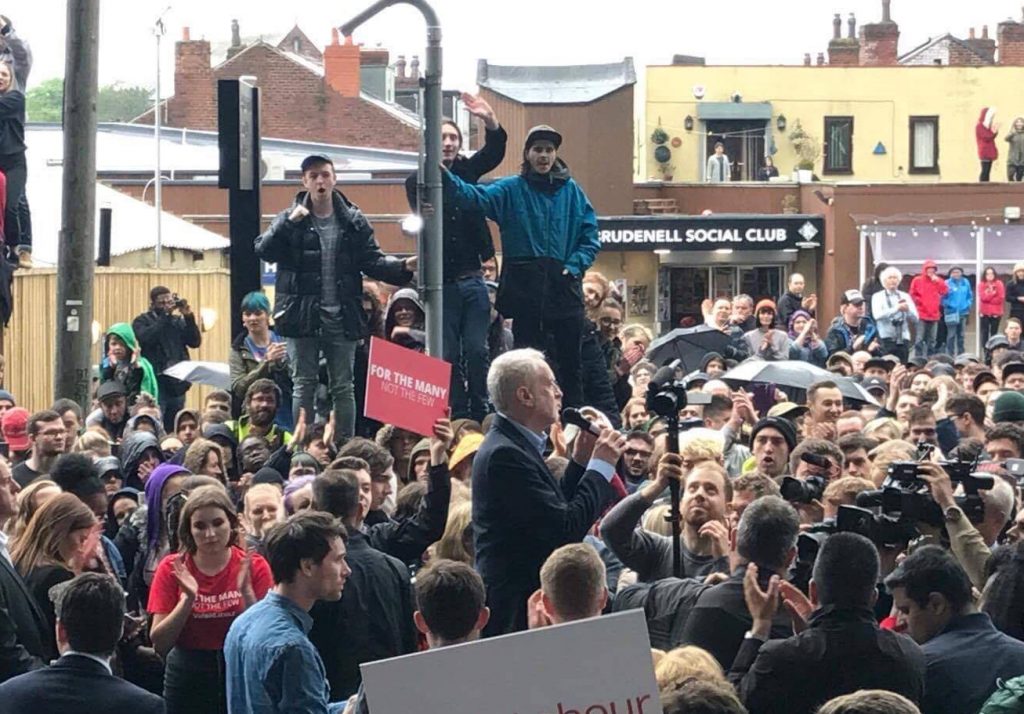 Brexit was undoubtedly swayed by anti-immigration sentiment. What is your stance on immigration, and how will you prevent it from becoming a deciding factor in this election? (Sukhmani Sethi, Kent)

I believe in fair rules and the reasonable management of migration working in the interests of our shared prosperity. Labour will never use our neighbours, our colleagues and our friends as bargaining chips.

We will confirm the existing legal status of EU citizens living in the UK and demand the same guarantees for UK citizens elsewhere in the EU. And we will meet our international obligations to refugees, ensuring they are properly supported, as well as treated with dignity and respect.

It’s the right thing to do. Women should have the right to decide what happens to their body and not politicians.

It’s shocking that women who are going through such a difficult time face either an illegal abortion that could be fatal or travelling to another country only to face repercussions when she returns home. Women deserve a say.

Scotland has traditionally been a Labour stronghold but now has just one Labour MP. How big a priority is it to take back seats from the SNP and make sure the Conservatives don’t win more? (Ed Campbell, Edinburgh)

Kezia Dugdale, our Scottish Labour Party leader, is doing a fantastic job and The SNP record is appalling; falling standards in our schools, hospital services facing downgrading or closure, and people in work who aren’t earning enough to make ends meet. Scotland’s economy is growing at a slower rate than that of the UK as a whole.

Kezia is out campaigning everyday in Scotland and me and my Shadow Cabinet are up there as much as possible to offer real change. We have a record of lifting millions of people out of poverty.

How do you see the US and UK’s ‘special relationship’ developing under President Trump? (Benedict Lelijveld, Oxford Brookes)

A Labour government will conduct a robust and independent foreign policy – made in Britain, working with countries that share values of peace, human rights and respect for international law. A Labour government will want to build a strong and friendly relationship with the United States, but will not be afraid to speak our mind.

Waiting to see which way the wind blows in Washington is not strong leadership. Labour will not pander to an erratic Trump administration. 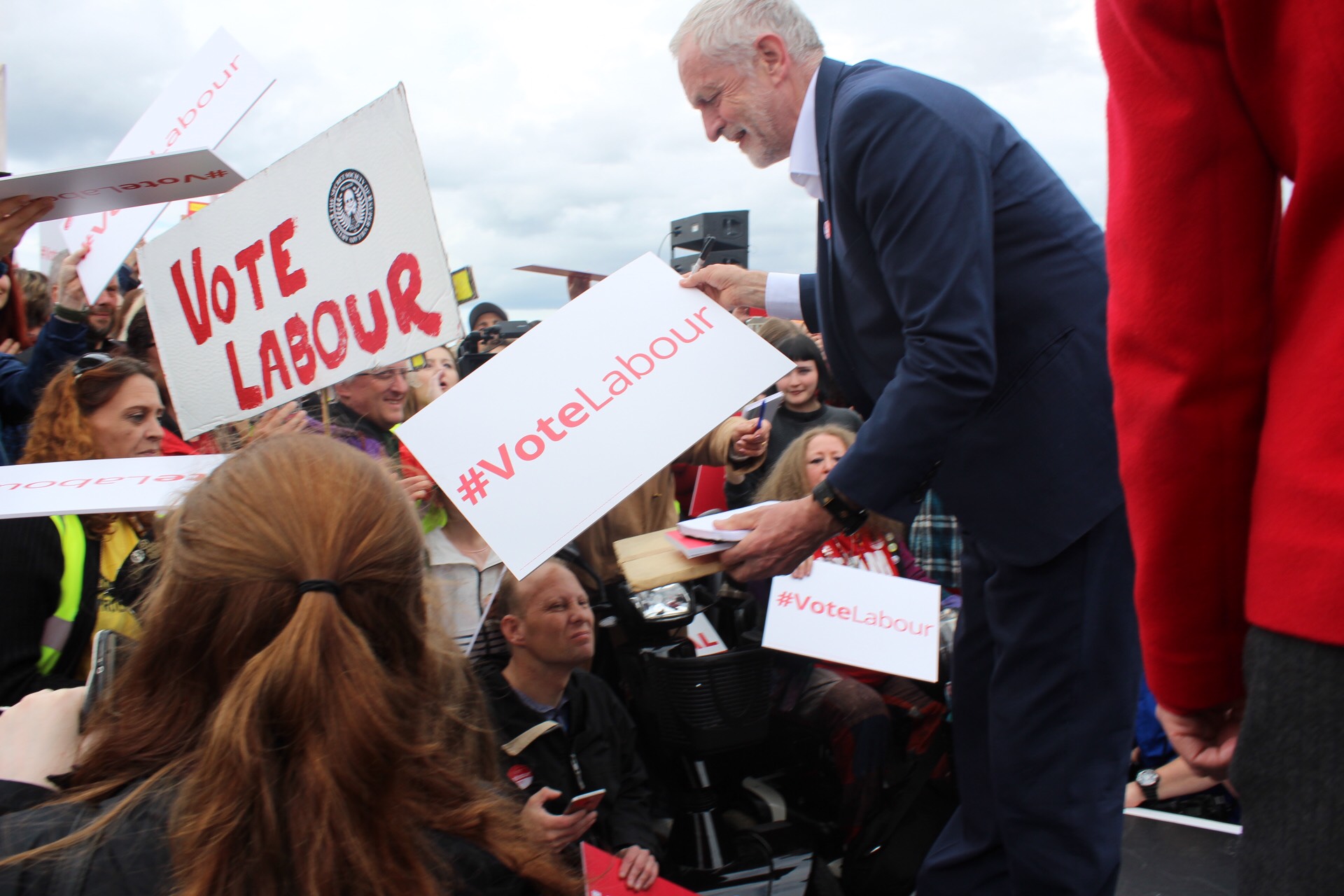 What is your and the Labour party’s stance on the decriminalisation and regulation of cannabis? (Matt Howard, UEA)

We would continue to receive and act on the expert recommendations of the Advisory Council on the Misuse of Drugs with regards to substance classifications, including cannabis.

Russell Brand famously spoke out in support of Ed Milliband. If you could have any celebrity endorsement, who would it be and why? (Sukhmani Sethi, Kent)

I just want endorsement from the public – the many, not the few. Ronnie O’Sullivan spoke of his support for me lately though, which was flattering.

What do you like to do on your days off? (Taryn Grieve, Nottingham)

It’s a very rare occasion these days so I feel it’s important to do the simple things that keep my health, both physical and mental, tip top.

I like to go for a run or bike ride, tend to my allotment, see my three sons, read a good book and cook dinner for my wife and I. 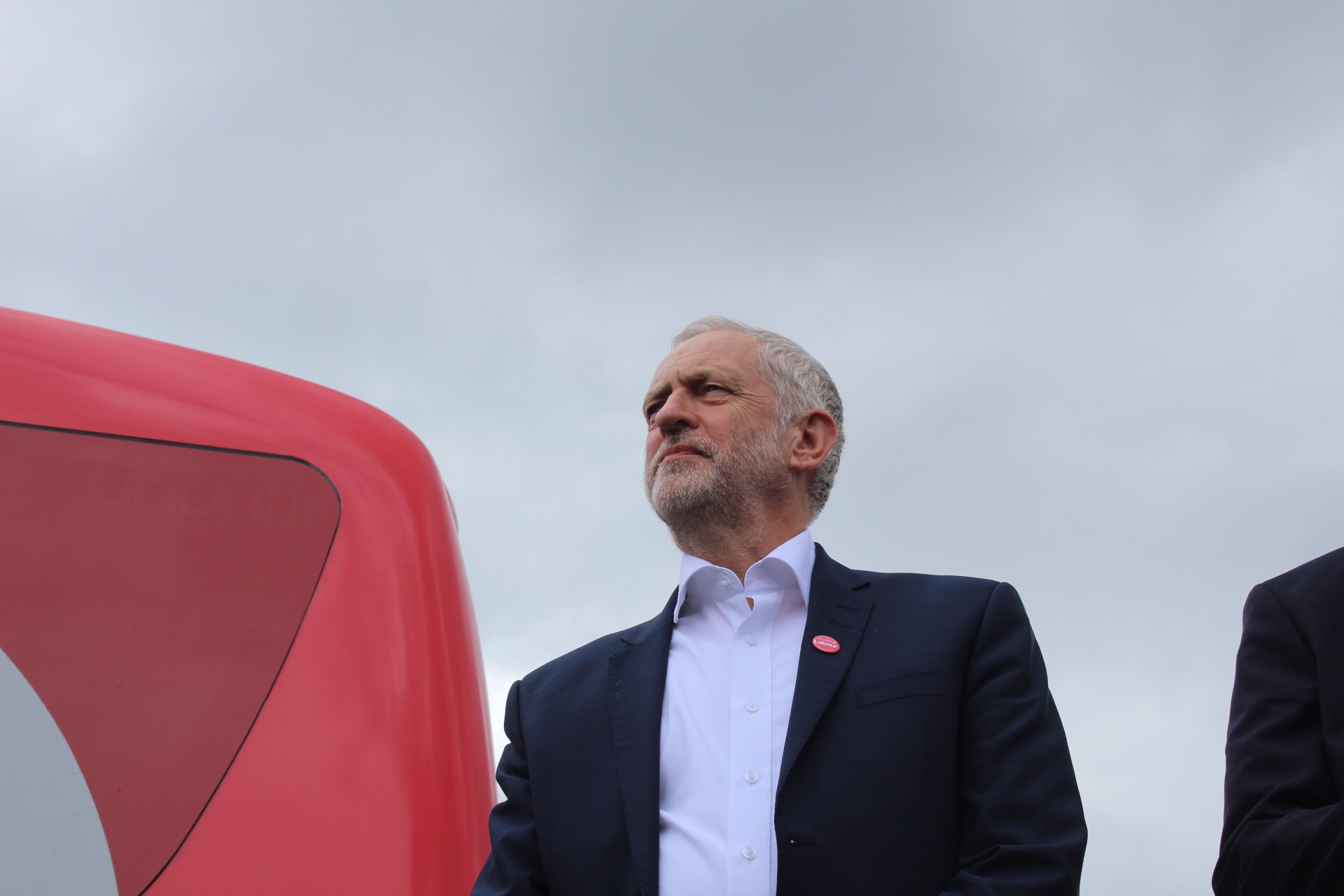 I have a fantastic memory for train routes and times. Not sure how I’d bring that up at a party, though.

Cheesy chips. But if no cheese is around, I’d go for curry sauce.

Well Theresa May has been avoiding me of late, so I don’t think I can give a fair answer.