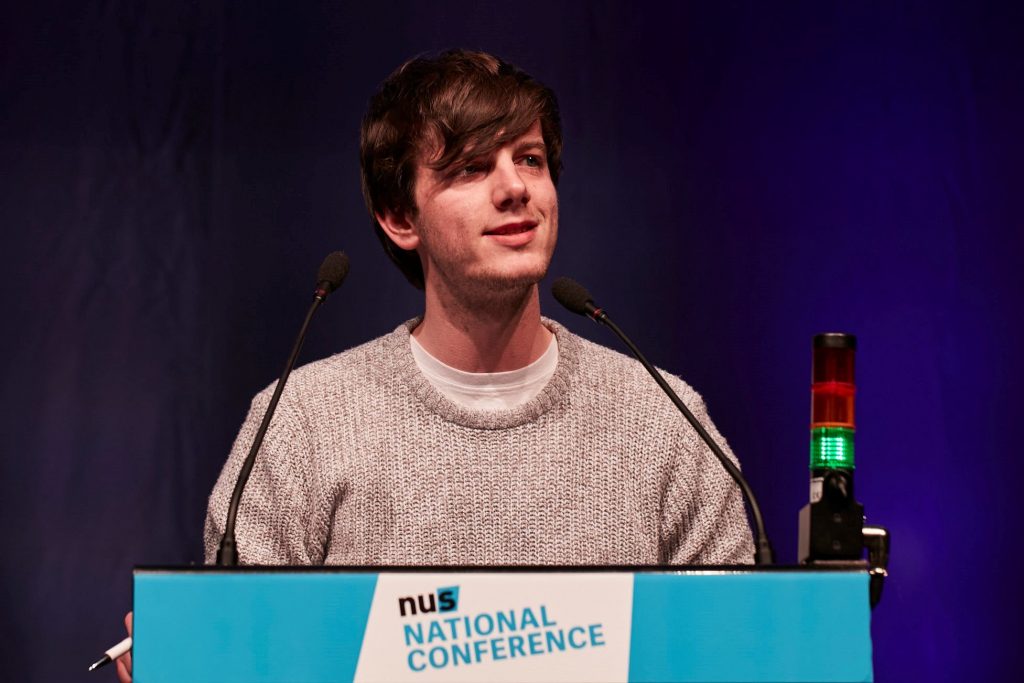 Restructuring a complex democratic organisation like NUS is not sexy. I know it, you know it.

But listen up because later this month National Conference will be voting on changes to how we do democracy. All students have a role to play in whether they pass.

There have been much more interesting headlines written about NUS. I have been subject to a few myself. I need to tell you why this one is important, and why it matters more than most.

I only need to gesture vaguely to the world around us as evidence that students need influential representation now more than ever. Students have good ideas, the energy to make them happen and, largely, will be the ones who have to pick up the pieces after the current world order falls apart. Unfortunately, having spent the year roving around students’ unions to make sure they stay affiliated to NUS, I know student trust in NUS to be that national voice is lower than it needs to be.

My answer to all of the critics – whether they care about people, politics or processes – is that the only way we make NUS better is by understanding the game and improving the rules.

NUS was already undertaking a democratic review in 2015, this led to 12 principles (page 10) passed by National Conference to help guide further ideas.

Since then we’ve consulted with thousands of students, done two rounds of consultation with hundreds of students’ unions, taken legal and expert advice, including with democracy specialists, to come up with a democracy that works for our new membership:

All told, it’s the biggest package of reforms NUS would go through in a long time. It’s not everything I wanted, but in politics (as in life and love) you have to make compromises.

It’s centre ground stuff. Stuff that most people will get behind. There are of course a few sceptics.

There are those who I think of as the unstoppables. They broadly think everything is totally OK now. They think the problem is with the current mood, rather than with the system and that if we leave things be they’ll turn out fine.

Then there are the immovables, those who don’t want to compromise. They think it’s their way or the high way. They believe that a populist system like one student one vote is the only possible solution and they’re resolved to vote against anything else, despite it being unfeasible and shutting FE out of the room.

My role is to work with others proposing this motion, to maintain a coalition of support around the ideas. If NUS is to survive and make real change for students in this difficult landscape, we have to change. We have to be ready to adapt to modern world, to reflect the changes in our membership, and be ready to compromise to get stuff done.

Tab readers, you have a role to play if you think NUS needs to change. You need to contact your SU’s NUS delegates – elected to represent you – and ask them to pass motion 601 about democratic reforms. Just contact your SU, drop them a cheeky email or a tweet.