And that includes Christmas and New Year

First published in 1896, it’s the paper that equates refugees to rats, cartoon-ising them like Nazi propagandists, or a £1bn sickly drain on the NHS. Almost two thirds of the black people pictured in its news and features sections are criminals – a clear discrepancy with the less than one per cent of the UK’s black population who are in prison.

But it’s also the paper that defied the norm and named Stephen Lawrence’s murderers, picturing them on the front page under 50 pt font: “The Mail accuses these men of killing. If we are wrong, let them sue us.”

This duality repeats when the Mail simultaneously fixates upon and deplores celebrities, particularly if they’re female. 53 per cent of its readers are women, the “femail” section caters to and is written by women. But the publication routinely disparages their outfits, their bodies and the way they raise their families.

The print paper bought daily by regional Tories and Middle England’s Ukippers is misguided at best and misogynistic at worst in its treatment of women. The Mail Online distinguishes itself here by being more chauvinistic. Its notorious sidebar of shame focuses on women you probably haven’t even heard of and the faint outline of their labia, or any other part of their body – shot through a telescopic paparazzi lens as they holiday, probably with their young family.

So what’s a working day at the marbled offices of an institutional contradiction like? We interviewed a range of reporters across the publication’s print and online offerings to find out.

Online, reporters arrive at about 8 o’clock in the morning: “You’ve probably got in your inbox some kind of email instruction from your news editor. It’ll be a story that exists somewhere else,” one tells me. Most likely that story will be the front page of another national newspaper, the Mail wants its own version. “They’ve probably written you a headline and your job is basically to regurgitate it – to aggregate it. Once that’s done, no extras, you email your editor saying you’re finished and they’ll give you another story.”

That’s the lowest common denominator of a day but there are exceptions. For instance when a big story comes in: “If a plane crashes, or a crime is announced or the weather then you can be dispatched. Well, I shouldn’t say dispatched because you don’t go anywhere, but then you do your own reporting.”

Generally speaking, though, you are expected to spend the majority of your time uploading stories that come in from newswires (companies like Reuters or Associated Press who have reporters stationed around the world doing actual news gathering, interviewing witnesses and taking pictures). “That could be paste it in and put your name on top of it and publish, or change it so it’s a Daily Mail story rather than just what Reuters have written.” It’s typical for a neutral-sounding article to be written so that sub editors can sprinkle it with adjectives and a headline fit for the sidebar of shame.

The process repeats itself until you’re sent out for lunch. The editors dispatch reporters one at a time because the production line is constant – they can’t afford to be short of staff if there’s a crucial meteorological development.

“When I started I was a bright little thing and tried to take as little time as possible. I started taking an hour at the very end [of my time there]. You wouldn’t get in any trouble, it’s just people didn’t. There was a lot of eating at your desk.” Being so desk-oriented means most staffers relish the opportunity to stroll downstairs to the Whole Foods above which they sit, or mooch through the canteen before returning to the office to consume. 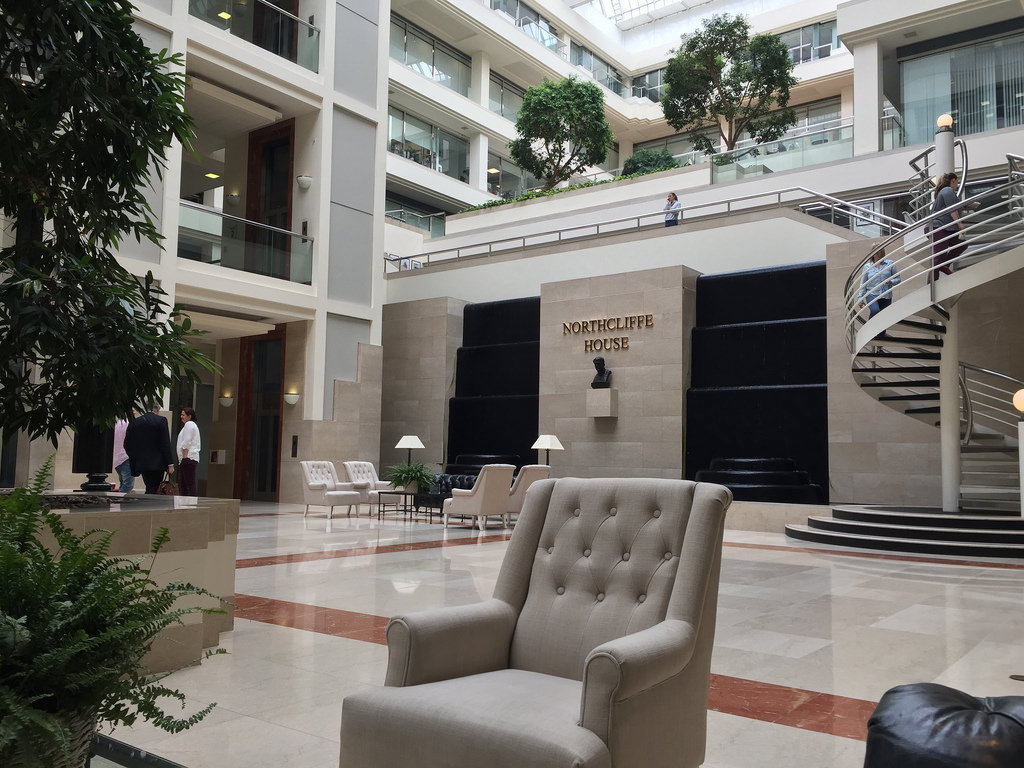 The day shift finishes “supposedly” at 5pm as the night team arrive. “The culture was such that you would often end up staying longer. Sometimes significantly longer. It was down to you to stick your hand up and say look I’ve been here for ages I should probably go by now.”

Print reporters, who spend their day shifts sent out and about interviewing and reporting from the ground, on the night shift write the paper to strict deadlines. The first edition goes to press at 9pm, at this point their day editors leave. The second half of the shift involves reading the front pages of other papers and adding their stories into the Mail. Providing there are no late night changes to the weather forecast the shift ends at around 2am.

Online night shifters work a similar pattern, publishing stories from the paper online. “They tend to get the newer people to do more of those shifts. People who are more pliable and less likely to kick up a fuss about it.”

A typo will start an office-wide email witch hunt

One night editor told me: “You take it in turns to be in charge of the page until about four in the morning. You get to a point where you leave the site basically unattended and have to say: ‘I’m happy with that, I’m going home now.’ It was really unpleasant.”

“But the problem with that is you go home at four in the morning. No one is on until 6am and then all the big wigs are like an all seeing eye, if they see a mistake or anything. It’s the classic witch hunt email culture. You get to a point on one of those shifts where you’re waking up early to see if you’ve been bollocked by email.

“So you’d open an email and it’s something tiny. Ultimately it’s not print, it’s a website – you can change it, mistakes happen. The line of questioning would always be: ‘Can you explain how this happened?’ So you’d basically have to put an explanation, in writing, of a mistake. So what do you put? It’s an unanswerable question, you just say ‘I’m sorry it won’t happen again.’ Invariably it happens again.”

It’s not unfair to say that the Mail is more concerned with what pictures it’s publishing at any given time than the words accompanying them. “It’s run as a picture led operation. They’re not interested in stories that don’t have interesting pictures and if you have interesting pictures and not much to go with them, which is basically the whole sidebar of shame, then that’s not a problem.”

A writer on the Sport desk elaborated: “You could be given 10 pictures of Ashley Cole in a hot tub in Ibiza. That’s all you’ve got. ‘Can you write 10 paragraphs around that?’ A lot of young sports journalists today are just churning out nonsense picture stories, like celebrity stories about footballers rather than football. At the Mail that absolutely is the case.”

And that’s why the words often aren’t actual words

If the eyes of Sauron aren’t quick enough to spot typos on the website, Twitter does a pretty good job too. The online reporters I spoke to lamented the lack of Sub Editors to proof read their work. An article in the paper will likely have gone through 20 pairs of eyes before being printed, online it’s often just two, sometimes one. An editor told me: “I have 10 people publishing 10 articles each at least, you can’t read them all from start to finish.”

The nightmare before Christmas

As a reporter you are expected to work public holidays, including Christmas. A print reporter tells me: “I had to work over Christmas this year and I only found out on 1st December. It’s hard enough to see friends or family when you work so many nights and weekends, let alone when you’re given zero chance to plan. Having a life outside ain’t easy.”

In fact, booking holiday is so difficult it makes people quit

“They do have a bit of a reputation for kind of being arseholes about holiday, particularly about when you’re allowed to to take it. You’ll try and book something a long way in advance and they’ll say it’s too early. You’ll try and book something for the next week and they’ll say it’s too late. People leave Mail Online all the time, loads of people have packed it in over holiday – it’s a major contributing factor. Cos they’re just seen as not giving a shit about your life, basically.”

Martin Clarke is the colossal website’s editor. His working moniker is simply “The Publisher”. It’s appropriate Martin sounds like a contract killer. Several reporters that declined to be interviewed for this story cited him as a factor in their decision. He calls the sidebar of shame the right rail of genius and his background as a picture editor explains the website’s obsession with pictures. 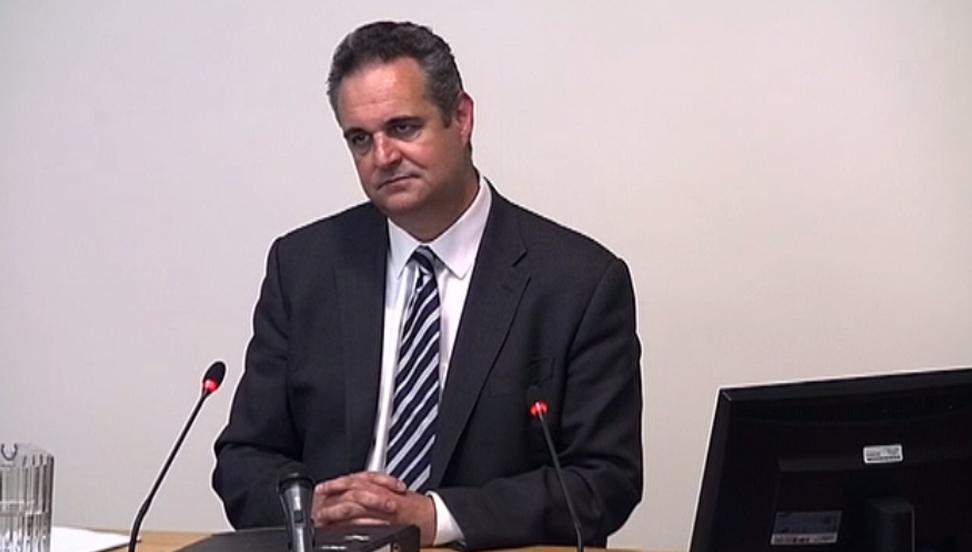 Martin Clarke in front of the Leveson inquiry

“The voice and the attitude and the interests of Mail Online are the voice, attitude and interests of Martin Clarke” one reporter tells me. “He is the Central Intelligence of it. It’s his take on the world. He’s got a reputation for being a bit of an ogre. I quite like him and always got on okay with him. He is very much present in the moment to moment shifting of the website. He is the driving force, he’s constantly ‘Are we doing this story? Are we doing this story? Change this headline, change this picture, fix that typo.'”

Fear of his repudiating rage is often the deciding factor in editorial decision making. Reporters across offices in London, New York and Sydney stay clued up on Clarke’s diary and align their shifts with time he spends on a plane or in bed. “When he is present there is an extra energy and rigour to it and when he is either sleeping or on a plane, so he can’t get you, there is an institutional relaxing. Everyone sort of exhales with relief for a bit because you know he’s not going to be the one calling you an idiot or things worse than that for doing something wrong.”