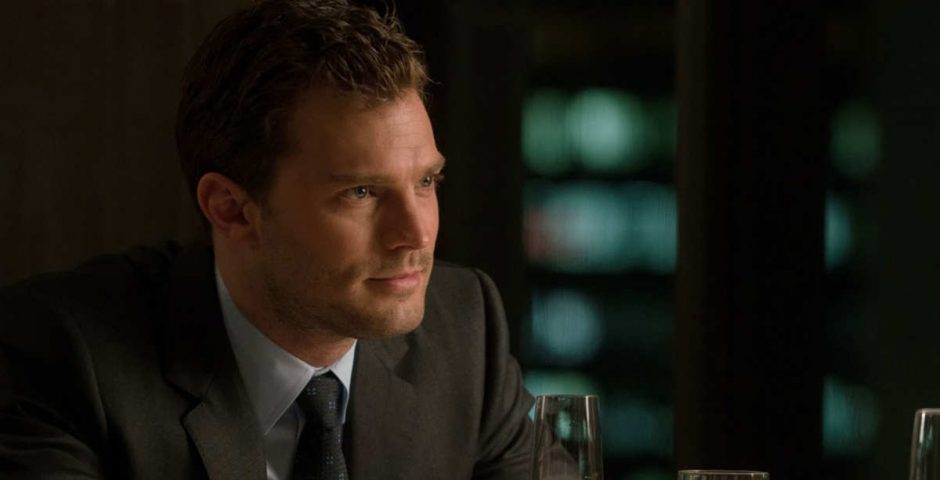 We’ve strayed so far away from God’s light. 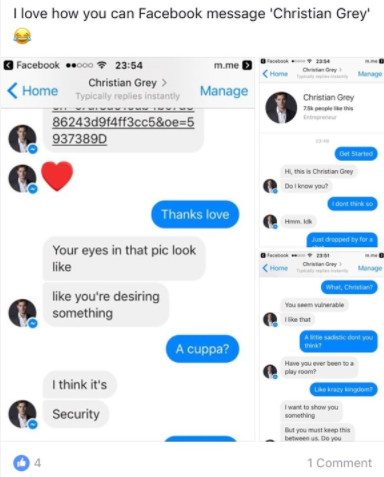 If you’re into bad prose and starved of attention you can message the chatbot, which will send you your own pics with love hearts around them (omg be still my fluttering loins), and sends super sexy DMs like “have you ever been to a play room”, “your eyes in that pic look like, like you’re desiring something” and “you seem vulnerable. I like that.”

Basically, if you ever suspected that Christian Grey is as basic as any other straight white fuckboy sliding in your DMs, you would be one hundred per cent correct. Right up to in fact, the sudden flaking out on poor conversation. Except instead of “sorry lol I fell asleep wat would u do if I was there ha ha”, Christian texts: “I don’t think I can stay for long. I have a major deal that I need to handle.

“But I will also handle you.”