‘I’d rather support Donald Trump, ISIS and be best mates with BoJo than get that meal deal. It’s vile’

Meal deals don’t come served on silver platters by a man in little white gloves. Meal Deals don’t have menus with fancy ingredients you’ve never heard of. Meal Deals are never your first choice of lunch option. But they’re what you always end up eating.

Every time 1pm rolls around you’re sneaking out of the office and scurrying down to the local Tesco for your Tuna Mayo/Kettle Chips/Tropicana fix aren’t you? You convince yourself it’s ‘just like Pret’, but it’s not, it never is. But for £3, how could you ever complain? When the Taste The Difference range is included in the Sainsbury’s Meal Deal, when a little plastic thing of sushi is on offer, and the Tesco Meal Deal includes triple sandwiches…? Oh, go on then.

Then comes the disappointment. Good god, never ever open up a pre-made sandwich. What you will see is sadder than any footage of a war stricken town in a third world country. Yes, £3 is a good deal in this current climate, but at what cost? One thin, cold slice of ‘bacon’ and a couple of chunks of hard chicken in two soggy pieces of malt loaf? Don’t you LOVE YOURSELF? But then the value. When a sandwich is sold at £3.25 on its own, and you add that to a £3 Innocent Smoothie, combined with a Grab Bag of McCoys. For £3 all in, It’s just too good to be true.

Anyway. I’m no Meal Deal Connoisseur myself, often favouring Pret and feeling sad about the fact I just spent £7 on a soggy sarnie. When I found the Meal Deal Talk Facebook page, that completely changed. I’m a Meal Deal convert. Meal Deal Talk is somewhere you will fall down the rabbit hole for hours, days maybe. Meal Deal Talk is a Facebook group where people post photos and details of their Meal Deal, awaiting ratings and savagery from the general public over their choices. 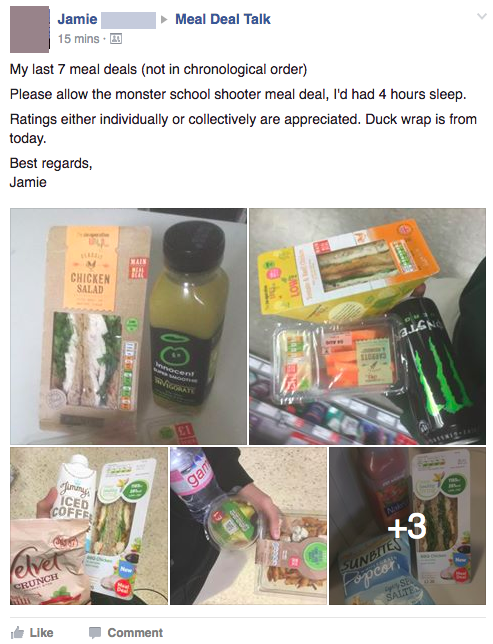 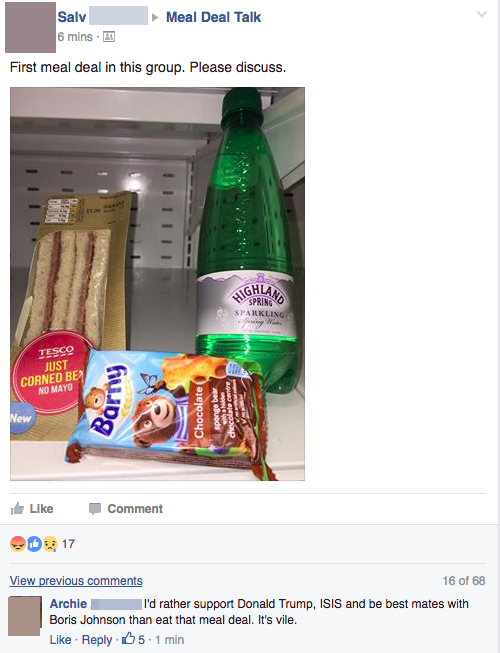 Corned beef and sparkling water, what were you expecting?

Naturally, I wanted to speak to the mastermind behind the operation. After a solid hour of scrolling, I finally came across the identity of the elusive founder, Theo Edwards. I reached out to him for an interview about all things Meal Deal, and what he told me did not disappoint.

When and why did you start Meal Deal talk?

I started it on Friday, 9th July and it was really just a spontaneous moment. I was sat at home on Facebook after I just purchased my usual Boots Meal Deal consisting of a Chicken & Bacon, Chicken Salad and Chicken & Stuffing Triple sandwich, with a Blue Machine Naked Smoothie and McCoys Grilled Steak crisps. This was the problem that occurred. I realised that I wanted to try new meals but was stuck for ideas and then the idea hit me: I wanted to create a group where members could post their own meals to influence others into trying something new. So that’s what I did, and here we are. 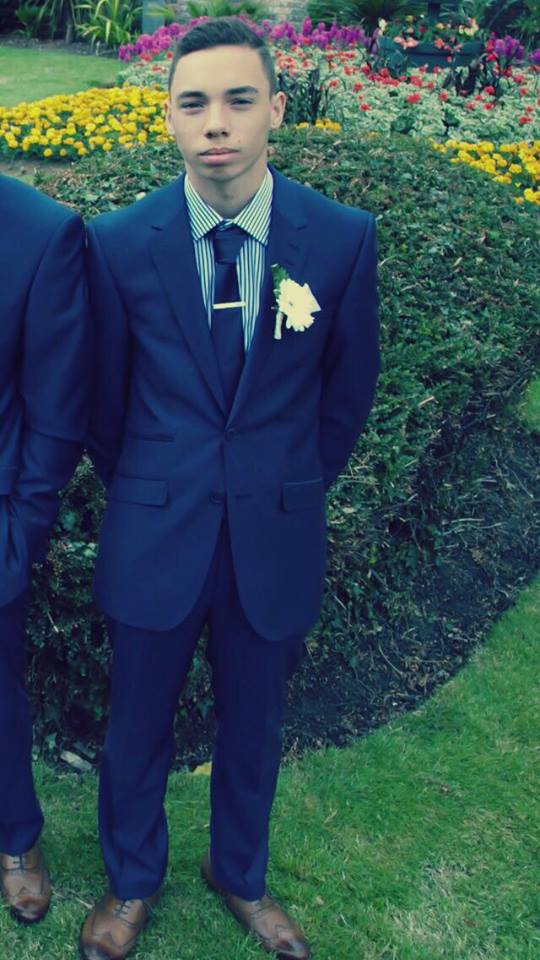 The Man, The Myth, The Legend Meal Deal founder Theo Edwards himself

The MDT page has over 20,000 followers – do you consider yourself a Meal Deal professional?

We’ve recently hit 20,000 members and I’m literally overwhelmed with the interest from everyone. But, can anybody truly be a meal deal professional? With the thousands, possibly even millions of combinations that one may discover through the choice of meal deals, you can never truly be a professional with so many undiscovered choices as you cannot possibly try them all. But one may master the art of selecting a meal deal – using strategy and tactics to make the most of your £3-£4, and as we have seen the best and worst meal deals on the page, we all have a solid idea on how meal deals work. 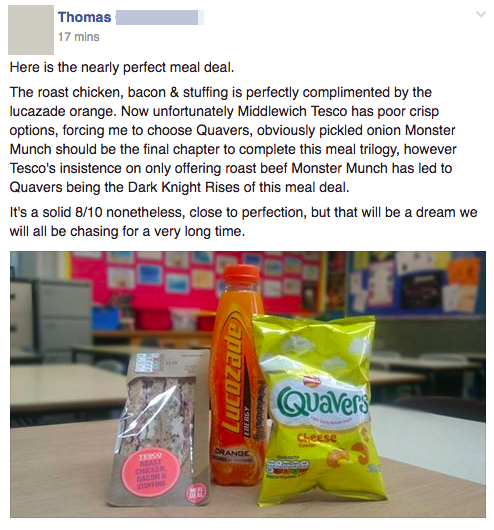 If you’re not eating a Meal Deal for lunch, what are you eating?

Nando’s is a personal favourite of mine if I’m not eating a meal deal. It’s quick, easy and tasty. I enjoy eating out when possible but when it’s not convenient, a meal deal is always on the cards. I’m not really a fan of McDonalds if I’m honest.

This is a hotly disputed topic – but the overall consensus is that Boots provides the highest quality, healthiest meal deals. However, I do know some hardcore Tesco loyalists who will beg to differ. As for the greatest of all time, I would not know, because like art, taste is subjective. Perhaps the GOAT meal deal has yet to be bought.

We can only suggest that the most popular items would make up the best: a sandwich that generally consists of chicken and/or bacon is usually appreciated, Walkers Thai Sweet Chilli Sensations are well recommended and chosen by many of the group as a side, and a Naked Smoothie is increasingly popular for its nutrition and value for money in a meal deal. 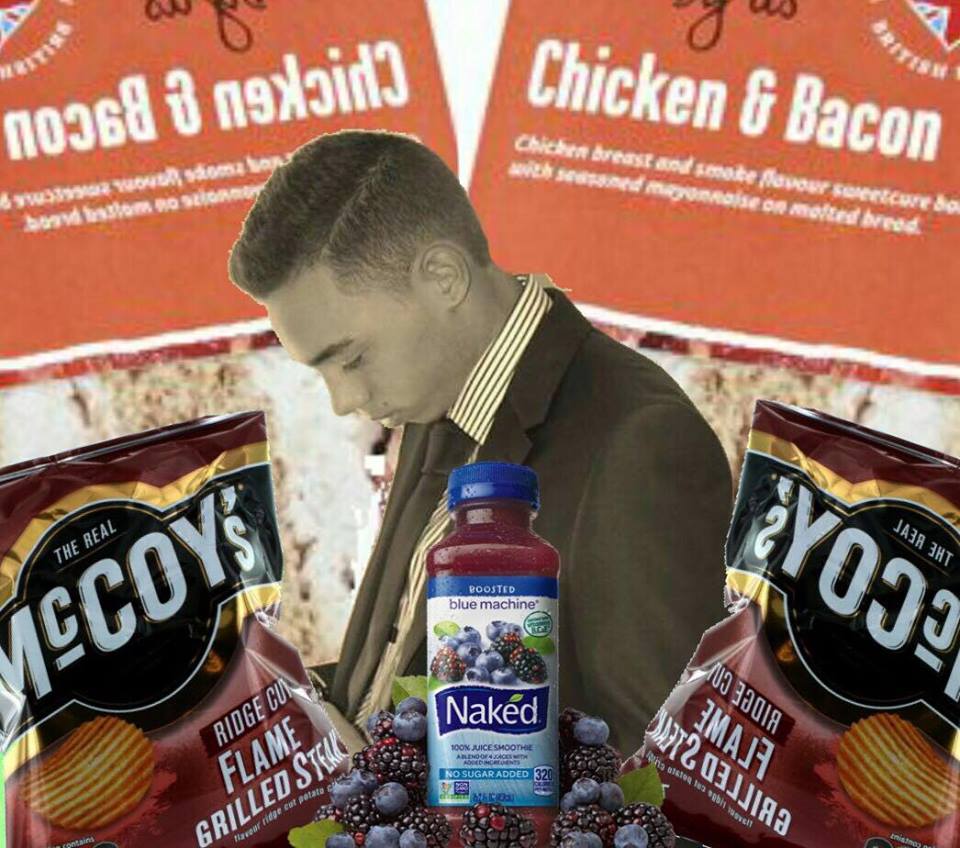 Everyone knows the sandwich is the hardest part of the Meal Deal to decide on, what’s the one you should always stay away from?

Fish sandwiches are definitely frowned upon in the group – prawn mayo, tuna and sweetcorn, salmon and cucumber – you run the risk of being roasted within an inch of your life if you pick these. But again, taste is subjective – if you vehemently think that a prawn mayo sandwich is amazing with your meal, fight your corner and prove everyone wrong. That’s the beauty of the page, it asks people to defend their choices and encourage them to be brave, and adventurous.

Around lunch time the options are usually limited, do you get your Meal Deal early in the morning for more choices or brave it and wait until lunch?

I usually like to purchase in the morning on my way to work, that way I know the shelves have been freshly stacked. I have seen many soul-destroying, heart-rending images of the meal deal aisle being completely empty after a lunchtime rush. Many express their sadness and discontent at this sight. This is why it’s best to buy in the morning and refrigerate or stay cool until lunch, and you’ll be laughing. I’ve even seen some people brave a night time meal deal – which isn’t a pretty sight because of limited choices.

I mean, he’s got a point

Why do you think people love Meal Deals so much?
I genuinely think people love meal deals because of the options that are on offer, for a very inviting price. When you can get a triple sandwich, a juicy smoothie and even a packet of crisps or cake for £3-£4 which if bought separately would amount to around £7, what’s not to love?

What’s your opinion on the O2 £1 Monday Meal Deal offer, do you use it?
Personally, I use EE so unfortunately I cannot experience this insane offer. But many in the group are with O2 and I’ve seen some cracking deals of members taking advantage. I think it’s a great idea, I’m jealous of everyone who gets to use this on their Monday Meals.

The people on MDT can be savage, do you have any rules and regulations for commenters or is it a free for all?

We understand some people may be afraid to post a meal deal due to how ruthless our reviewers can be, but this will not be a problem if you give sound, agreeable reasoning for your choice. We do not tolerate roasting the meal dealer, but when it comes to the meal deal itself, then there are no holds barred if they can justify why it is a 1/10 or a 2/10. You must be vigilant, it is an arena, and if you don’t fight, your meal deal will fade from the halls of Meal Deal Talk history.

I have to say the worst meal deal that I’ve encountered is a Egg and Cress sandwich, a Fanta Zero and Ready Salted Crisps. This was recently uploaded by one of our members and this is why we were created. We swiftly encouraged him of alternatives to choose next time and in the end he was appreciative of the constructive criticism! 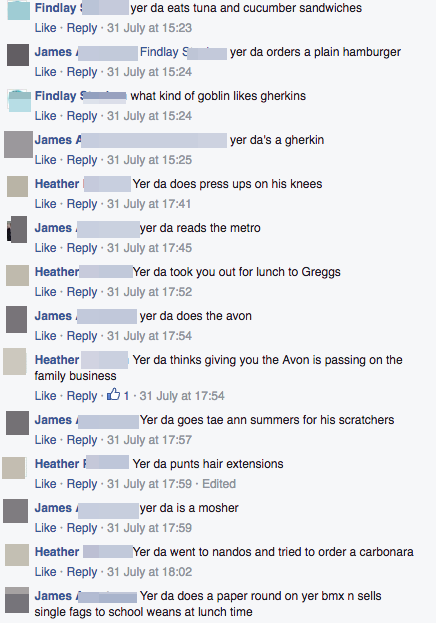