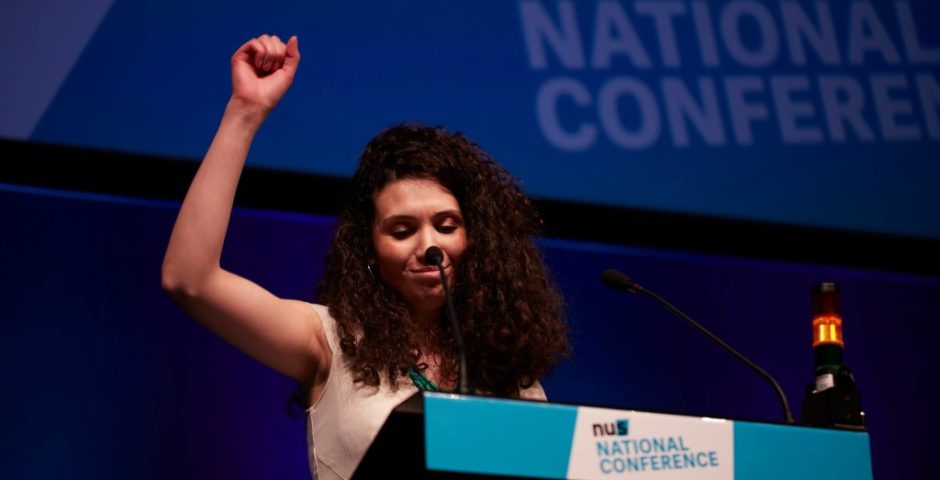 Malia says she ‘draws strength’ from their struggle

A video has emerged of NUS President, Malia Bouattia, praising a Gaza-based anti-Israel group earlier this year when she was Black Students’ Officer. The group in question, the Palestinian Students Campaign for the Academic Boycott of Israel (PSCABI), aims to boycott all Israeli cultural and academic institutions, according to Heat Street who first published the video.

In the video, recorded as part of ‘Israeli-Apartheid week’, Malia express support for PSCABI stating, “we draw strength from your resistance and will continue in our efforts to extend that solidarity”.

Malia highlights the NUS’ commitment to the Boycott, Divestment and Sanctions movement (BDS), that seeks to end international support for Israel. She claims this is in opposition to the U.K. government that “attempts to render all boycott illegal, which attempts to stop us from politically organising and showing our solidarity.”

PSCABI is linked to anti-Israeli figures who support violent-struggle and was founded by activist Omar Barghouti, who is barred by the Israeli government from entering the country.

Although the NUS has official endorsed the BDS movement it has been the centre of much debate, with the U.K. government barring public authorities and institutions from endorsing the movement.