We spoke to the creator of Simpsonwave, and it’s about to end

It’s like watching Simpsons on acid, without having to take acid

If you are a fan of The Simpsons, you will almost certainly understand what Simpsonwave is all about – you’ve probably already spent days completely dedicated to watching old episodes that you have seen well over a hundred times. Its a feeling like no other – familiarity, no danger of finding anything new or unrecognisable. You’re in a territory where you feel safe and comfortable.

This is exactly what Simpsonwave does to you, it transports you back to a familiar time. But it’s also a completely new experience that takes you to a place where you’re comfortable – the feeling of nostalgia surrounds you and you’re completely transfixed.

Simpsonwave is a beautiful concoction of classic Simpson clips, mixed with nostalgia driven vapourware music and trippy as fuck visuals. It’s a strange concept to explain, and you’ll never fully be able to realise it before you experience it for yourself.

I wanted to speak to the creator of this phenomenon, was there more than meets the eye to Simpsonwave – what did the future hold? I found out that the creator was my age – just a normal University student who decided to create something different. 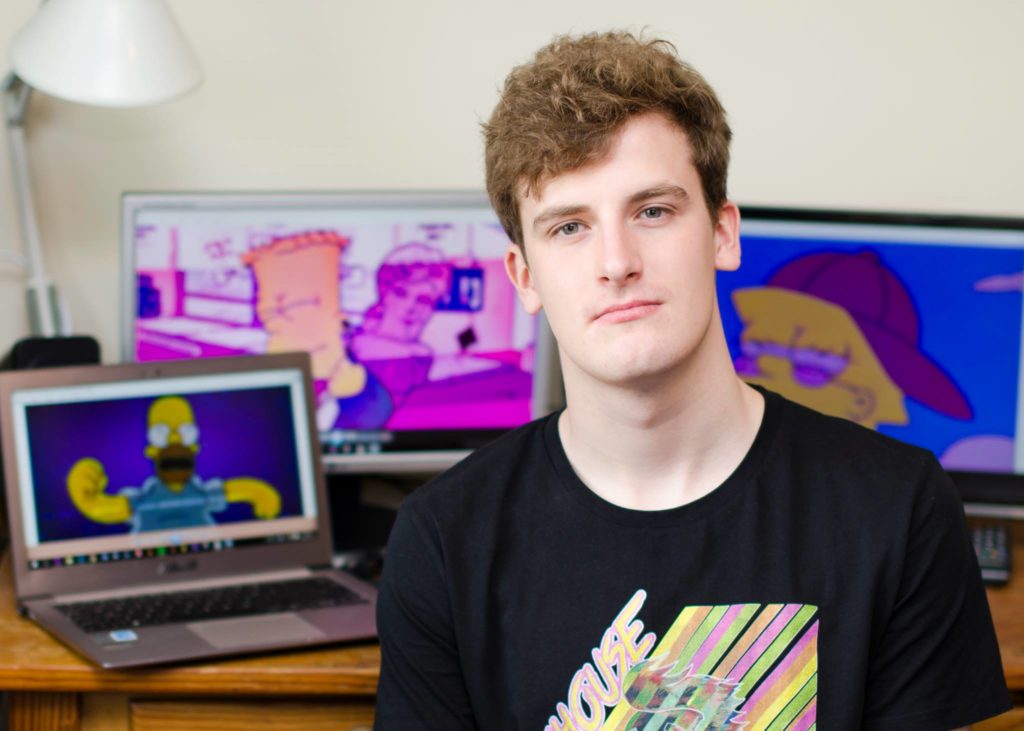 Who is Lucien Hughes?

I’m a physics undergrad student at The University of Nottingham but I’ve always been really interested in photography, film, music, and digital art so they’re all things I pursue in my free time.

Simpsonwave sort of tied in with that.

What inspired you to make these videos?

After Christmas 2015 I got ill and spent an extra month off uni so I had a lot of free time on my hands. I was wasting a lot of time on Facebook groups and I came across a guy called Tom Melbourne who was cutting up old Simpsons clips to vapourwave and posting them online.

I originally made a couple of short videos as a joke but after seeing Spicster’s Vine, I was inspired to start putting more of a nostalgic and emotional theme into my videos and spent more time on them. 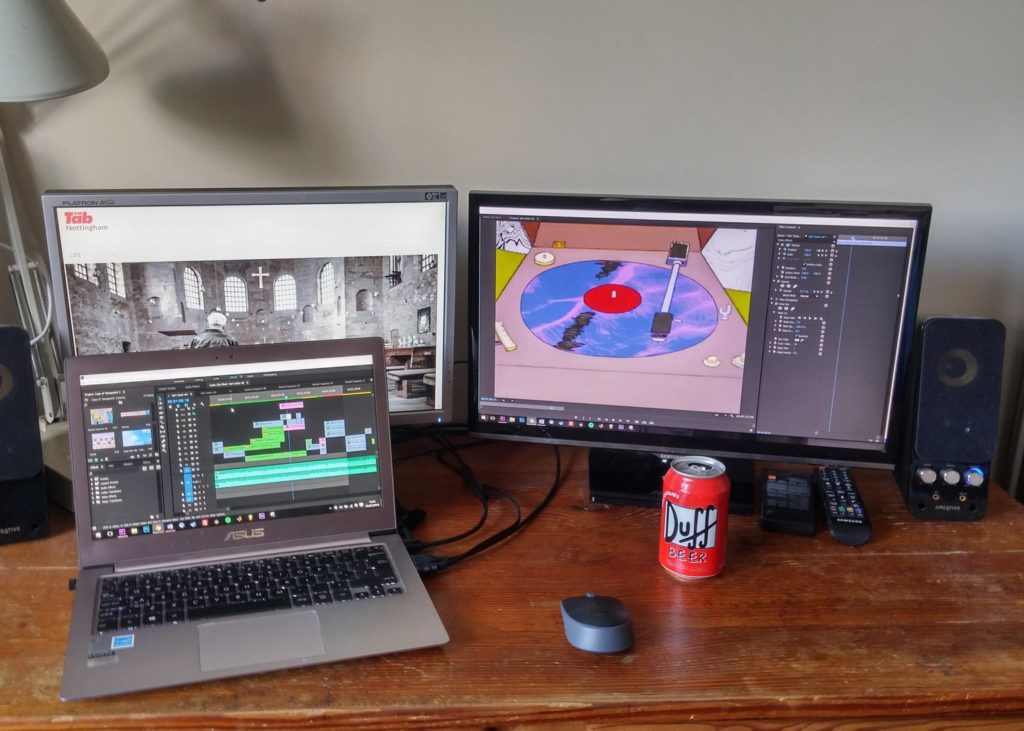 What does Simpsonwave mean to you?

I’ve just been making these mostly for my own enjoyment, but I think a lot of people enjoy them because the combination of The Simpsons (a program everyone grew up watching) and very laid-back nostalgia-driven music which reminds them of their childhood. I also try and re-contextualise the clips into some sort of narrative in most of my videos.

I know you’ve been working with other artists, how did that come about?

It’s actually crazy to be working with Vektroid less than a year after I was first introduced to Vaporwave through her music. The first collaborative project I did was COOL KIDS 1996  with a Canadian producer called King Coffee .

He approached me before my channel had really blown up and enquired about doing a project with one of his songs. I was originally hesitant but after listening through his soundcloud I found a song that really worked and I’m happy with how it turned out.

First album you ever bought?

I’m not sure actually, my dad’s always been a huge music fan and collector and I “borrowed” a lot of albums from the internet as a kid. The first album I ever really got into and listened to repeatedly was Whatever People Say I Am, That’s What I’m Not by Arctic Monkeys. I still love that album but these days I’m more of hip hop fan. 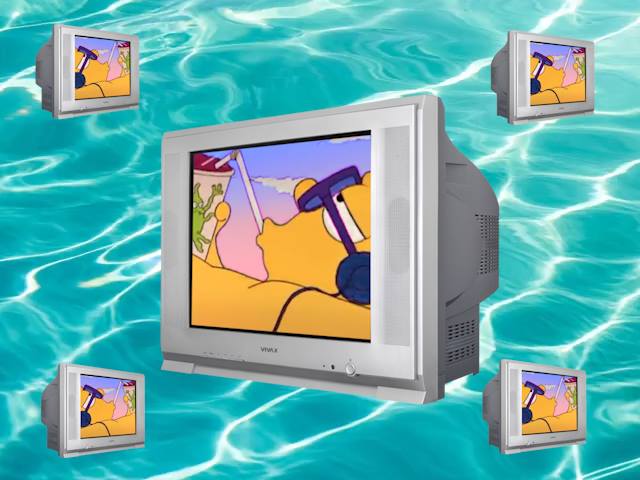 I haven’t watched Family Guy or the Simpsons in years. Early Simpsons was great though.

What is the future of Simpsonwave?

I don’t really know if Simposonwave has a future, it definitely peaked with SUNDAY SCHOOL but it’s not really for me to decide whether it’s a passing internet trend or something that’ll stick around a little longer.

Personally I’m going to finish the video I’m currently working on with a musician in the states and then probably not make any more.

I’d like to spend more time on other projects. I’ll carry doing vapourwave and nostalgia inspired stuff, but there’s only so much material for these videos. I want to pursue more original audio-visual work, I’ve been planning to produce a music video for my friend and I post a lot of smaller projects on my Instagram.

The video you see above was my personal entrance to Simpsonwave – it was thrown into my life a few months ago when I was completely out of it at a party – some kid who lived there had it streaming off his speakers in his room, with the visuals being played off his tv to a huge bunch of stoned students.

I was sad that Lucien told me that his next Simpsonwave video would be his last – but I understood where he was coming from. You can’t stick with something forever. It’s obvious that Lucien Hughes is a talented guy and I’m sure whatever he goes on to create will be special.

Whatever happens Simpsonwave has had an effect on people that will stay with them forever – and for that, it’s more than just as internet trend.