Sheffield Hallam Uni is under fire after “falsely” claiming it has introduced a “no detriment approach” over the coronavirus crisis.

No detriment has become known as another term for a “safety net” approach, rolled out earlier this week at the Uni of Sheffield and multiple others nationwide, which guarantees students their final grade will not fall below their average before the pandemic began.

But Hallam has used it to describe its limited promise of deadline extensions, online exams and automatic passes for first-years, prompting a furious backlash from students who claim the response has been misleading and unclear. 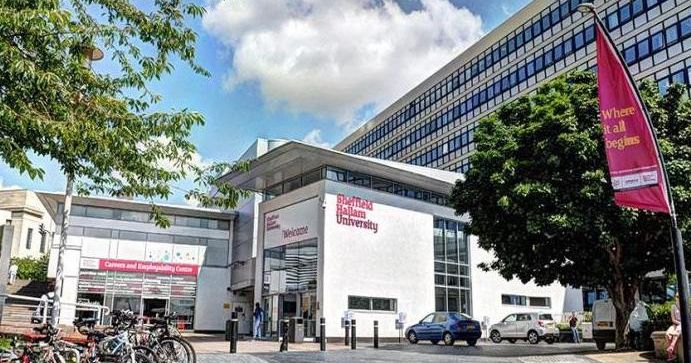 Hallam has closed all campus buildings until further notice

Harriet Hamber-Scott, a biomedical science student, responded on Facebook: “When I read this, I was so excited by the prospect of a ‘no detriment’ policy! But now I see you’re just twisting words to make the already rubbish policy sound better. This gave me false hope. Shame on you.”

Shannon Dean, a third-year journalism student, told The Tab Sheffield: “It’s a total fucking mess. We know it isn’t the lecturers’ fault – it’s all from higher up. The comms has been awful and flimsy, they send out a bunch of emails that never seem to have any real information on or answer any questions. As a third year, I feel like those higher up have let us down.”

Charlotte Stanbra, another third-year journalism student, added: “A no detriment policy is important to take the strain off all students, in particular those who are battling with extra difficulties right now such as; lack of resources, finances, disabilities and mental health difficulties.”

Both of Sheffield’s universities have closed down with libraries and campuses shut, exams and classes moved online, due to Covid-19. It follows 22 days of strikes in November and February that left many without teaching for six weeks.

Lots of students have asked for clarity, so we've decided to release a vague and misleading statement saying we're implementing a "no detriment" policy, which in reality is nothing like the no detriment policies implemented at other unis.

Hallam confirmed last night to The Tab Sheffield that its current approach is not a safety net policy, despite more than 4,500 students petitioning for it.

However, earlier this week Sheffield Uni emailed students to say it was rolling the measure out given the “exceptional circumstances”.

Kaz Gipson, the mature student rep at Hallam SU, wrote: “I can confirm this is NOT the no detriment policy students have asked for!”

She added that the two universities are very different but that officers are “working as hard as we can” to lobby bosses.

A Sheffield Hallam spokesperson urged students to see guidance on their website, adding: “We understand and recognise the impact that COVID-19 is having on our University community, therefore we are committed to ensuring there is no detriment to our students’ learning, how they are assessed, and their results, as a result of restrictions arising from COVID-19.”