It’s the shirts that we really vote for

Yep, it’s that time again. That really vital time when all you can think about is the vote for the next President of the United…oh wait…Students Union. Let’s not lie about it, let’s get it out in the open: we don’t vote for the person advocating a regulated heating level in Hallward or the one who’s finally going to bring the Lenton Hub to Lenton, we vote for who’s got the best shirt. You saw that tie dye last year and thought you’d have a bit of that hipster shit. If they’ve got their mates to write a slogan on a £2 crew neck from Primark… then maybe they need the money. If you haven’t already voted, then look no further! We’re breaking down the candidates t-shirt choices.

#gotyoucovered with an illuminous umbrella.

You can’t knock a girl for having not only a t-shirt, but ramping up the diversity level with an extra jumper…maybe this means the heating is going off completely in Hallward.

#bevisible in your dark purple top.

Jess channels an artistic, creative, relaxed, happy-go-lucky aesthetic with a touch of honesty. Who are we kidding we don’t know what the white splodge means.

#ismailgoestheextramiletomakeyousmile is that hashtag meant to be a mile long?

We’re all thinking it… where’s the 34 bus? Exploit the fame Ismail. 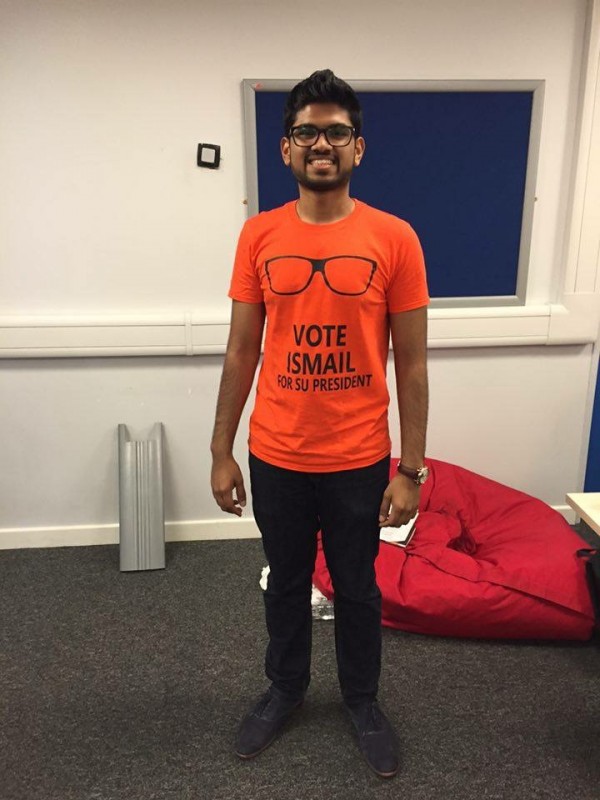 M&ms?…Chocolate?…Food? Mary’s got the subliminal thing down.

But in all seriousness does this mean we get free m&ms?

Dipen is subtle. Dipen doesn’t care about the gimmick. Dipen doesn’t need a morph suit to lead. Dipen has integrity. Dipen laughs in the face of colour. Dipen’s policies stand out by themselves. Dipen is truth. Dipen is so much more than a t-shirt.  Dipen is sass.

Elections close Friday 12th of March. Vote for your best t-shirt or all your dreams will die.