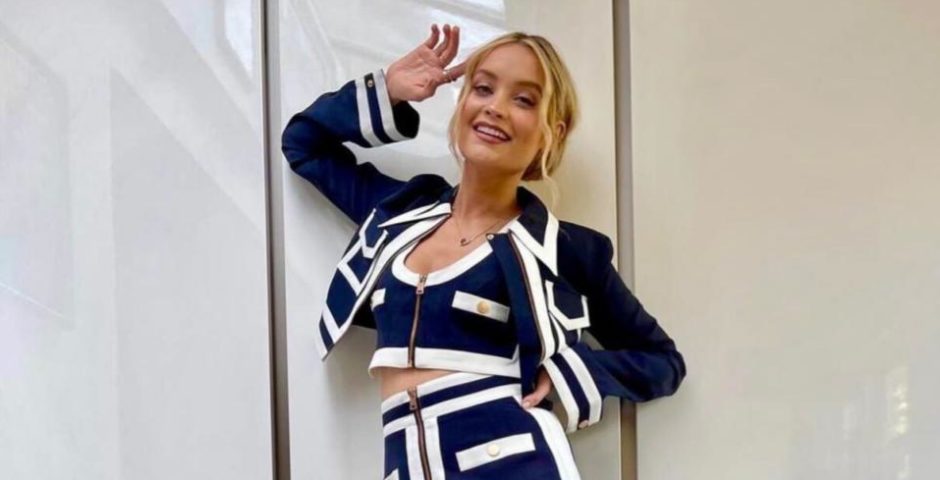 She asked him to rap live on air, and it was just so awkward

Love Island Aftersun viewers have slammed Laura Whitmore after Sunday’s show, claiming she humiliated Remi Lambert, the latest Islander who was dumped from the villa, after asking him to do a rap during his leaving interview. But she has hit back at them, saying that live television is nerve wrecking, and she asked him to rap in good faith.

Remi was dumped from the villa after he was not picked during a recoupling and was left single after entering the villa just days before with fellow bombshell Jay. During Remi’s interview, Laura asked him to rap live on air, despite when he was on the show, he awkwardly fumbled and forgot his lyrics in front of the other Islanders. After Laura asked him to rap, he again forgot the lyrics and left former Islander Afia and ex contestants Toby Aromolaran and Chloe Burrows cringing at their seats.

After the interview, a user on Twitter said: “Hope Love Island supports Remi. He looked broken on Aftersun. Asking him to rap was done in bad faith and to humiliate. I thought @thewhitmore and crew were supposed to be kind.”

Laura hit back and responded to the tweet and said: “Remi is a rapper and asked in good faith in advance if he’d rap and prepare something which he did. Live telly is nerve wrecking, believe me, so maybe he was a bit nervous but he deserved to have his time. Also I wanted to make Remi and Afia happen!”

Remi is a rapper and asked in good faith in advance if he’d rap and prepare something which he did. Live Telly is nerve wrecking, believe me, so maybe he was a bit nervous but he deserved to have his time. Also I want to make Remi & Afia happen! ❤️ https://t.co/Rw3KWdp9b7

Remi hasn’t let the dumping get to him and said in his leaving interview that he stayed true to himself, and “that’s all that matters.”

• Love Island Aftersun is a disaster, and last night’s ep proves it needs to be dumped from the villa

• Introducing the jilted exes of the Love Island 2022 cast