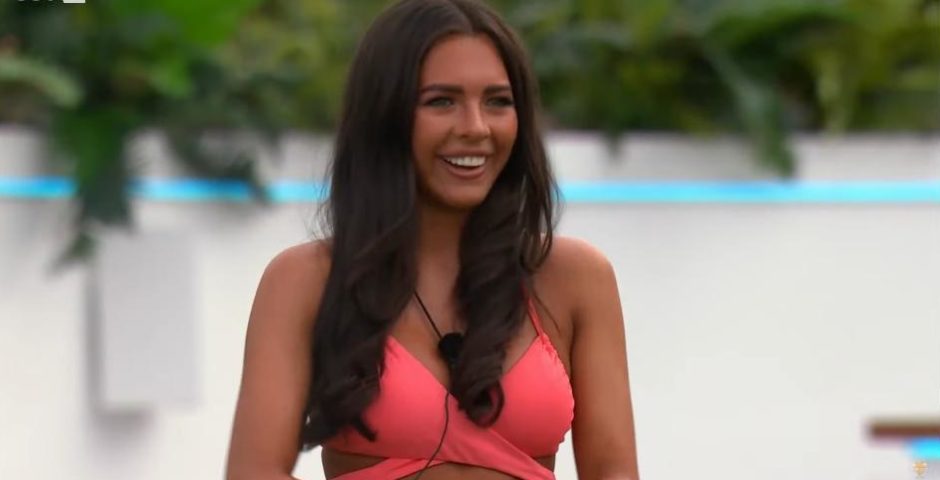 ‘It’s very predatory’: We spoke to young people to ask if 19 is too young for Love Island

New Love Island contestant Gemma Owen is this year’s youngest original cast member, with an age of 19 years old. Her joining the villa has caused a divide on social media, with some viewers saying she is too young to be on the show. Some Love Island fans have called for the age limit to be set to 21 and over, rather than 18. During last night’s show, Gemma showed her interest in bombshell Davide by kissing him in a challenge where she was dared to kiss the boy she fancied the most. Davide is 27 years old, making him eight years older than Gemma who turned 19 back in May.

Even inside the villa, the other female Islanders were shocked to hear about Gemma’s age. After revealing to them she was 19, Paige said: “Oh my gosh do you feel old now? See, 24 is old.” We spoke to young people about what they think about a 19-year-old going onto Love Island and if it is too young.

It is ‘very predatory’

One person believes the minimum age should go up to 21 on the show. They said: “I think placing a freshly turned adult in an environment where people are heavily sexualised and ‘expected’ to form relations with contestants older than them is very predatory. I think a person this young shouldn’t be put into a limelight of this nature. They haven’t had a proper chance at exploring healthy romantic relationships yet due to how young they are, and I think having such predatory attention from older show members as well as the audience can be damaging to an extent. I think 21 plus should be a minimum for shows of this nature.”

Those who wish to join Love Island have to be at least 18 years old at the date of their application to be considered for the show.

‘It’s a lot of pressure’

Alex Smithson is 20, one year older than Gemma and she thinks 19 is too young to go onto Love Island. She said: “She still has a young mind and needs more life experience before putting herself out in front of the whole world. It’s a lot of pressure for such a young girl.” Last year’s season saw an average of 4.2 million viewers watching per episode across all devices, including TV, tablet, PC and mobile, based on ITV Hub data.

Some people are undecided on Gemma Owen’s age on Love Island being an issue. Maddy said being 19 is too young if all the other contestants are 27, but if all the other contestants are similar ages, then her age shouldn’t be an issue. Former Love Island winner Amber Gill came to Gemma’s defence during last night’s show. Amber was 21 when she joined the show and she said: “It’s literally early 20s cast always”.

Why is everyone shocked about 19
It's literally early 20s cast always?? #loveisland

Love Island 2022 is on ITV2 at 9pm and previous episodes are available on the ITVHub. For all the latest Love Island news, memes, quizzes and gossip – follow The Holy Church of Love Island on Facebook.

• How do the Love Islanders choose their clothes in the villa?

• Quiz: How well do you remember past Love Island first coupling ceremonies?