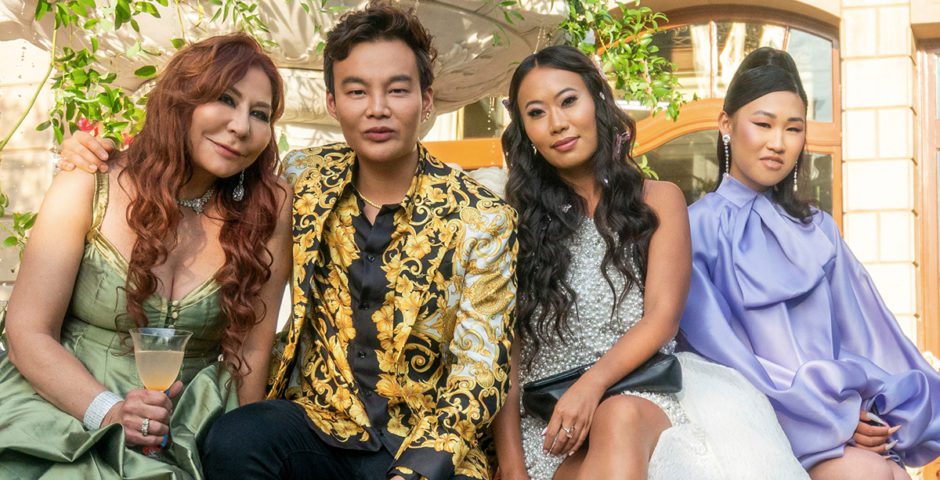 In season one of Bling Empire, it looked as though all the cast members were best mates living their best rich lives. But, come season two, and they’re all arguing and falling out, causing drama with one another and putting their friendships behind them. But one thing is for certain, over the two seasons we’ve found out that the cast members are all big characters. So, which of these big characters are you? The following quiz is going to tell you who from Bling Empire on Netflix you are most like.

If you say you hate gossip but are up in people’s business as much as possible you are definitely a Kane. Or, maybe you are more of a level-headed bestie for everyone like Kelly? Only some of us are free spirited life and souls of the party like Kim, or maybe more of a down-to-earth regular guy like Kevin? One thing is for sure, the title of being just like Anna Shay is a coveted prize most of us can only dream of.

You can only truly be one of the Bling Empire cast members, and now is your time to find out, once and for all.

Find out who from Bling Empire on Netflix you are in the following quiz:

Season two of Bling Empire is available on Netflix now. For all the latest Netflix news, quizzes, drops and memes like The Holy Church of Netflix on Facebook.

• Kelly Mi Li is suing the producer of Bling Empire on Netflix!

• Bling Empire heirs: This is exactly where all their family money comes from