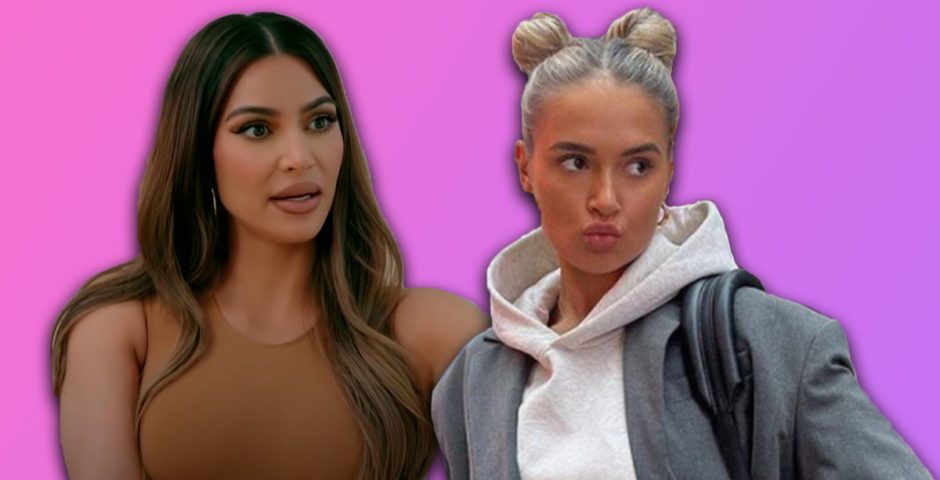 After Molly-Mae’s ’24 hours’ comments, now Kim K’s at it too

The latest in a long, long line of influencer scandals is from Queen Influencer herself, Kim Kardashian. In case you missed it, the Kardashians did an interview and Kim (who is a literal billionaire) said: “I have the best advice for women in business. Get your fucking ass up and work. It seems like nobody wants to work these days – you have to surround yourself with people who want to work.” It firmly rings of Molly-Mae’s comments from mere months ago, when on a podcast she said that we all have the same 24 hours in a day and if we want to be as successful as her, we just need to work harder. But amongst all this “advice”, the thing that influencers like Kim K and Molly-Mae forget to tell us is just how privileged they are – and I’m sick of it.

Most ultra rich people are rich cause of luck and nepotism not an extraordinary work ethic.

Kim Kardashian is able to get her “fucking ass up and work” because she is a literal billionaire. Someone with her bank account is able to afford private chefs, dog walkers, nannies, and assistants – things that are inaccessible to many of us. Us mere mortals have to take time out of our days and (shock!) not work to do these things for ourselves. Someone with her bank account can afford to take time off and go on holiday to recharge, without having to worry about how they can pay the bills when they come home.

And Kim was able to do all of this because she was born into an incredibly privileged world. Each of her sisters have huge businesses – it’s not because they’re super humans who work more than anyone else, it’s because they started off miles ahead of the rest of us in the first place. As actress Jameela Jamil tweeted: “I think if you grew up in Beverly Hills with super successful parents in what was simply a smaller mansion… nobody needs to hear your thoughts on success/work ethic. This same 24 hours in the day shit is a nightmare. 99.9 per cent of the world grew up with a VERY different 24 hours.”

Molly-Mae rarely acknowledges the huge platform she sprung from – Love Island. Sure, she entered the villa with 150k Insta followers already under her belt – but mere weeks later Molly-Mae left the show with 2.5 million followers, and her influence has only grown and grown since. It would take ages for an influencer to grow their following by such a huge amount, even if they worked flat-out around the clock. It would be near impossible to do in days or weeks, without the platform of a huge show like Love Island backing you.

After receiving a tonne of backlash and losing tens of thousands of followers for her “tone deaf” podcast comments, Molly-Mae released a statement that acknowledged “everyone is from different backgrounds”, and said her comments were about making the most of your time in relation to success, as well as how determined she is to succeed in her own life.

In the same podcast where she said “we all have the same 24 hours in a day” Molly-Mae said she thinks if she hadn’t have gone on Love Island she’d still have a million followers right now. Even if this is true, without Love Island she wouldn’t have the 6.2 million followers she currently has, nor be Creative Director of PLT and have the reported six-figure monthly salary that comes with it. Molly-Mae’s success is built upon her being fortunate to land a spot on Love Island amid thousands of applicants. Even if you, like her, are also privileged in being white, thin and conventionally attractive, you don’t have the privilege of her platform.

We may technically all have the same 24 hours in the day as influencers like Molly-Mae and Kim Kardashian, but that doesn’t mean we’re all afforded the same opportunities in those 24 hours – or that we all have the same mountain of privilege behind us that they do. The sooner celebs and influencers start to admit that, the sooner they can stop trying to make the rest of us feel guilty about it.

• ‘Stay far, far away’: Alleged unpaid interns speak out about working for the Kardashians

• ‘PLT doesn’t care about the planet’: Protestors on being at Molly-Mae’s show last night