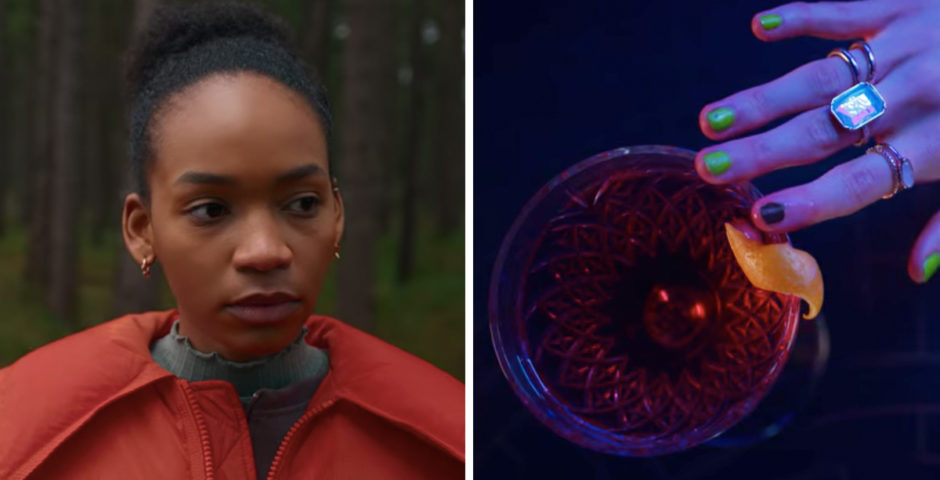 Netflix has recently released a new Harlan Coben thriller, Stay Close. The show has all the drama and twists and turns as every other of his books which have been adapted into a series so far. The twists and turns all begin in a bar, when two girls meet the first character who goes missing. He is seen spiking their drinks before they run away from him, which starts the chain of events we then track back through in the show. One of the characters in Stay Close uses her nail polish to tell their drinks have been spiked, so you might be wondering if this is real and if a product like this actually exists.

When Bea becomes suspicious that Carlton has spiked her and Kayleigh’s drinks, she sticks her finger into one drink and her nail varnish changes colour. This then indicates to her that something has been put in the drink and she swaps it with Carlton’s. He then drinks it and feels the effect of whatever it was he put in it.

So, is there really a nail polish which can help you tell if your drink has been spiked like they use in Stay Close?

You may have heard of a product similar to the nail varnish we see in Stay Close, because there has been talk of it before. Posts claiming there is a nail varnish product like this have gone viral a number of times on social media, but, as much as the product could revolutionise people’s safety on nights out, you can’t buy any at the moment. It had been claimed that such a product was available, but right now it isn’t. It looks as though there was some research into it, but you can’t actually buy a nail polish that mimics the methods used in Stay Close on Netflix.

In 2014, a group of girls from the University of South Carolina came up with the idea for a nail varnish that would change colour when it came into contact with the date rape drug. In 2018, the four girls started a business called Undercover Colors. The idea was still the same, but the product was a small test instead of a nail varnish. The test is a small chip, which can be carried or attached onto your phone. You drop a small sample of the liquid onto the chip and it displays either one line or two to indicate the result. However, the product isn’t available at the moment, but the website says it will be back in stock soon – so keep checking the stock if you want to buy it.

Stay Close is available on Netflix now. For all the latest Netflix news, drops, quizzes and memes like The Holy Church of Netflix on Facebook.

• Let’s be real, the biggest problem with Emily In Paris is Emily Cooper