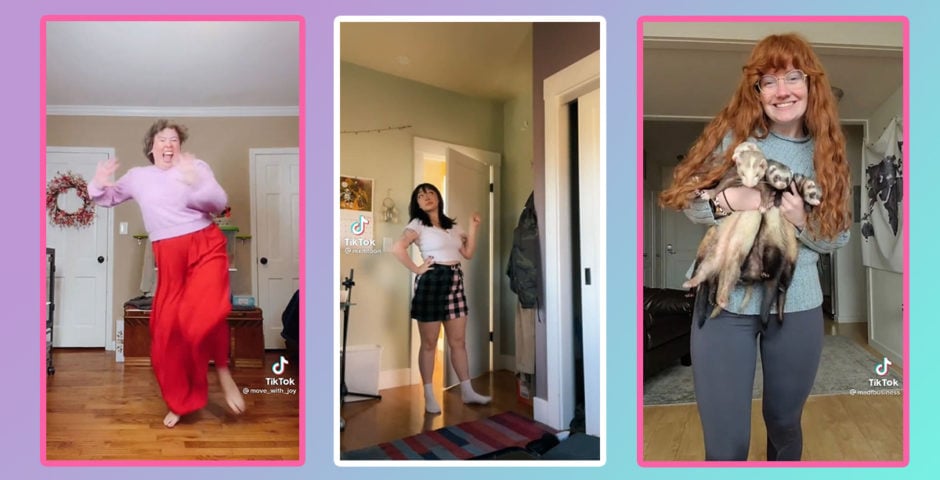 Where is the famous Con Flores TikTok song from and what does it mean in English?

This song is such a vibe

Songs and original dances blow up all the time on TikTok. We have seen it recently with Caught A Vibe and the berries and cream little lad dance. The latest song to blow up on TikTok is Con Flores. Everyone is dancing and duetting videos to this song, it is so damn catchy. But you’re probably thinking what is it’s real name and what does it mean in English? Luckily for you we have all the answers. Here’s everything you need to know about the Con Flores song on TikTok:

The official name of the song is Nuestra Canción

It was released back in 2016 but people from TikTok know it as the Con Flores song as that’s the only recognisable lyric for English speakers. The song is sung in a mixture of Spanish, French, English and Portuguese and it has really good vibes.

The dance was created by two TikTok users, April and Joshua Madora but it blew up when another user posted her take on the dance onto her own account. TikToker Joy is known for posting fun and simple dances, it’s how she has managed to get over one million followers. Joy’s video dancing to Nuestra Canción has 14.9 million views and 3.1 million likes – it’s iconic.

The song, even though it’s really recognisable, hasn’t actually been used anywhere before. But you can watch the original music video here which has since got over 20 million views since being dropped in 2016.

Here are the lyrics to Con Flores translated in English

So the lyrics we hear say “Con flores te llevaste mi tristeza, Con colores dibujaste la nobleza de la mano, A tu lado creció nuestra ilusión.” Which, according to lyricstranslate, then translate to: “With flowers, You took my sadness away with colours. You drew the nobility of the hand. By your side, our illusion grew.”

You can watch some more iconic dances to Con Flores on TikTok below:

• What the hell does ‘wom’ even mean and why is it all over my TikTok FYP?