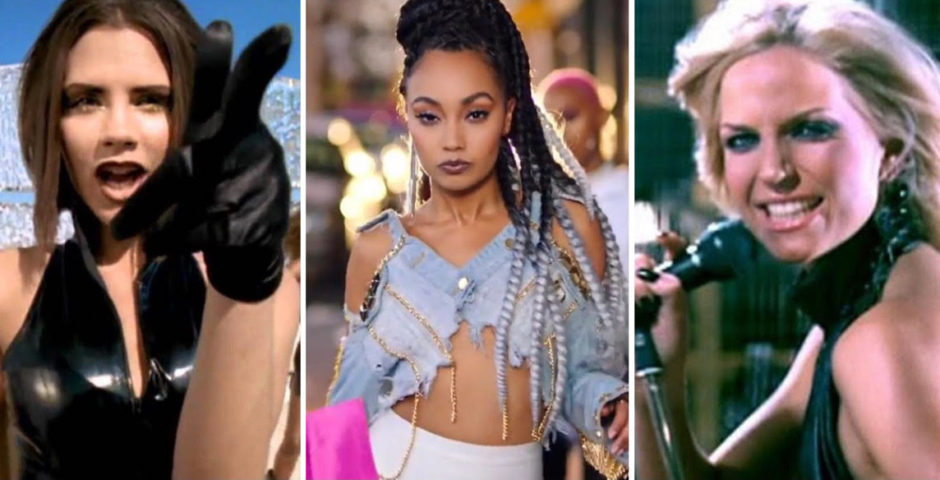 Last week, The Tab held a vote for the greatest girl group of all time. One week and 6,000 votes later, these are the results of who you all declared to be the best girl band of all time. Starting with last place all the way to the winner, here are the final scores after a TENSE week of polling:

Coming in last place with a miniscule 0.10 per cent of the vote is Mis-Teeq. With only a small handful of bangers and moderate success, it’s hardly a shocking placement despite Alesha Dixon’s popularity in the UK. They definitely have bops, but haven’t had the enduring success to be a threat for the win.

Despite a renewed interest in Atomic Kitten after the resurgence success of Whole Again for the 2020 Euros, including the group releasing an updated version titled Southgate You’re The One (Football’s Coming Home Again), it wasn’t enough to get the gals higher than second last position, with a sniffle worthy 0.23 per cent of the overall votes.

Fifth Harmony’s unique brand of unaligned chaos hasn’t faired them particularly well on the best girl band of all time vote, with them only garnering 0.52 per cent of the votes cast. I can’t imagine this placement being of any kind of shock to anyone but if they were your faves, commiserations to all 31 of you.

Just missing out on the top 10 is TLC, coming in with 0.72 per cent of the vote. Despite big bangers like No Scrubs, Unpretty and Waterfalls, the trio didn’t manage to make waves on the best girl band of all time vote.

Kicking off the top 10 is The Pussycat Dolls, a girl band that is essentially Nicole Scherzinger and pals. Nicole, alongside bandmates Jessica, Kimberly, Ashley, Carmit and Melody have had a string of bangers and a 2020 reunion but only received 1.04 per cent of the overall vote.

Despite only really having a lot of popularity in the UK, Frankie, Mollie, Una-Vanessa-Rochelle (“What you doing Saturday girl?”) have pulled into ninth position with 1.2 per cent of the overall vote. They do have a singles discography of near-impeccable banger after banger, so adds up. A fair placement in my opinion.

Perhaps shocking many still placing this low, Destiny’s Child gained almost double what The Saturdays got and they are just one place higher. Destiny’s Child gained 2.37 per cent of the overall best girl band of all time vote. Quite surprising the group didn’t make it into the top five, considering how beloved their discography is and how popular Beyoncé, Kelly and Michelle are as individuals.

Nicole, Shaznay, Mel and Natalie take the seventh spot, and finish with 2.91 per cent of the overall vote. It’s a fair placing for them – with a modest string of excellent hits even if the band aren’t as quite as iconic as individuals compared to bands who’ve placed higher.

The classic group Bananarama gained 4.31 per cent, which is about four times what I anticipated them getting. But perhaps I am young, foolish and naive because THEE girl group of the 80s almost cracked the top five. Good for them!

The newest girls on the block in this list and with some of the most dedicated fans in the music industry, it shouldn’t come as a shock to anyone to see Blackpink crack the top five with 5.73 per cent of the overall vote. Honestly? I think this is a deserved spot for a group who have really put K-pop on the global map.

My heart and soul belong to my dearest Girls Aloud, and I’m overjoyed to see them place a respectable fourth. An iconic group with five iconic members, and a band that were just absolutely essential to the British culture of the 00s. Sarah, Nicola, Cheryl, Kimberley and Nadine finished with 9.39 per cent of the final vote.

Sugababes placing so highly here has restored my faith in humanity, because despite turbulent group member changes and music quality steadily reducing across their time as a band, their early work is heads and shoulders above their competitors. Sugababes are one of the few girl groups where their entire albums are as good as their singles discography. They finished with 12.78 per cent of the overall vote.

Throughout the week’s vote, it became clear that the best girl band of all time vote was a two horse race. It has been absolutely neck and neck between the top two. Old school VS new school. Every day, the leader was changing – but in second place comes Little Mix. Leigh-Anne, Perrie and Jade finish up with a quarter of all votes, 25.4 per cent.

I think if we all put personal taste aside and really think who deserves the title of the best girl band of all time, it is undoubtedly the Spice Girls. They defined what it meant for a girl group to be a cultural phenomenon. It would have honestly felt bizarre to see any other position in this vote for Victoria, Emma, Geri, Mel B and Mel C. The girls you voted as the best girl band of all time is officially the Spice Girls, finishing up with a whopping 33.2 per cent.

• All 27 Sugababes singles ranked definitively from worst to best

• All 23 Girls Aloud singles, ranked definitively from worst to best

• Every Cheryl single ranked from great to greatest